Today is the eleventh anniversary of Al Qaeda’s terrorist attacks on US soil that took down the Twin Towers, destroyed part of the Pentagon and four large jetliners, and killed thousands of innocent people.  As this is also Girls and Guns month here at Pigtails, it is important to remember that the culture of violence all over the world often impacts the young girls that we adore so much.  It is ironic, I think, that in the Middle East, where girls are the most disempowered of all groups, that it is not uncommon to see them toting weapons like assault rifles in propaganda photos and media reports on anti-American and anti-Israel demonstrations.  One of the saddest things in the world to me is children being brought up to hate. The first image here is an older photo taken by Owen Franken; the second is a contemporary photo by an unknown photographer, depicting young girls recruited and trained by the terrorist group known as the Palestinian Islamic Jihad. 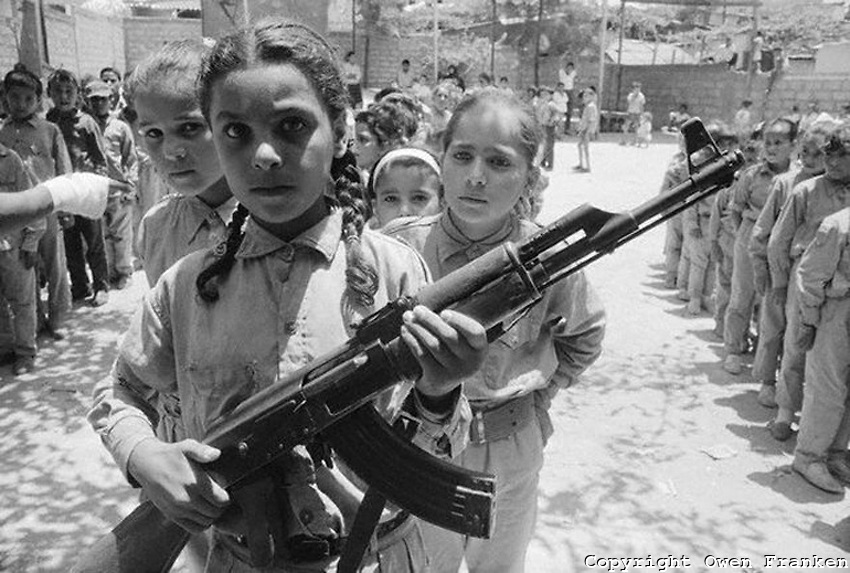 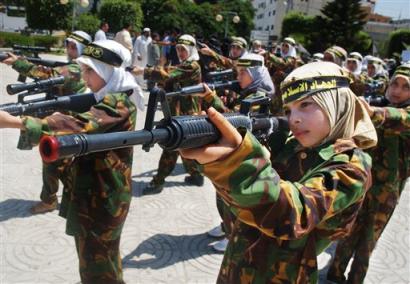