Now that summer is ending, I wanted to do a post that felt appropriate. Little did I know that this artist’s experiences in Europe would provoke some of my own memories. When I was stationed in Germany I naturally made many friends with the families of my fellow soldiers. During my time there one of our unit’s helicopters went down in a deep lake in Bavaria, killing both pilots. The recovery operation was tricky and took several weeks, and soldiers were needed to perform mundane services and guard military equipment from the curious locals. The amusing thing was that officers were put up in the local hotel on the coast while the enlisted men were put in a little gasthaus inland. We had a great time, because the proprietors prepared authentic German food for us while the officers got faux-German tourist fare. Because I spoke the language, I bonded with the families who ran the place and was even invited to have dinner with the mayor. I tried everything on the menu, even things that had mysterious ingredients, and slept blissfully under a feather bed every night. When I had to leave, the old matriarch there gave me her recipe for apple strudel. I visited this small village several times during my remaining tour in Germany, but once back in the States it was impractical to stay in touch. Those memories are still so bittersweet to me.

There is little biographical information on Chris Madaio because he was not a professional photographer, but he was born in the late 1940s or early 50s, educated and trained as an engineer and served in the U.S. Navy when this country was embroiled in the Vietnam conflict. Madaio, however, was stationed in Europe and made friends with locals and got to hone his photography skills. That was a fortunate hobby, because he would have a more vivid record of his time there. He also had the good fortune to return from time to time and reinforce the bonds he had with the children as they were growing up.

Madaio gathered many of his best photos and published them in a book called Il Ritratto Giovanile (Portraits of Youth) in 1996 through Ophelia Editions. He focused on girls because he believed the mood of a book on girls would be very different than one that included boys. Madaio’s observation was astute and I have often commented that although children are charming generally, there is something exceptional about girls. He did conceive a similar project about boys, but there is no sign that it reached fruition.

This collection covers twenty years of his work starting in the mid-1970s. He got to see the change in attitude about photographing people in public and children in particular. He comes off as a bit defensive and tries to explain why he has chosen this subject matter. He emphasizes the enthusiastic participation of his subjects and their pleasure with the results of his work. The photographs were taken in Italy, France and Spain and it was common practice for undeveloped girls to go without tops at public beaches. Although Madaio’s work shows off the natural beauty of the girls, there are no nudes in the book at all and the girls shown here were wearing the customary attire of their culture. That gives the images a feeling of being candid but not especially intimate.

This image appears on the book’s cover. Madaio wanted titles that use the native language of his subjects. 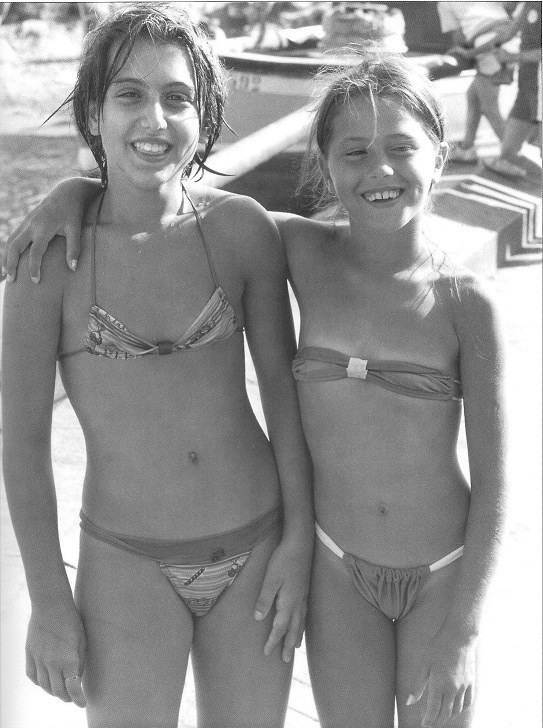 I find expressions of rapt attention particularly compelling as in this image of a girl focused on a tiny shell. 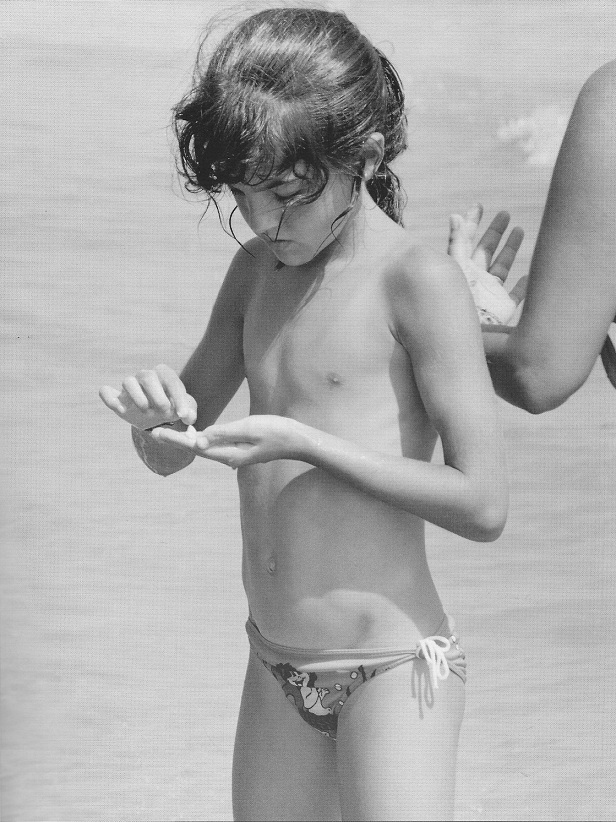 When executed well, black and white photography brings out the velvety quality of skin, regardless of color. 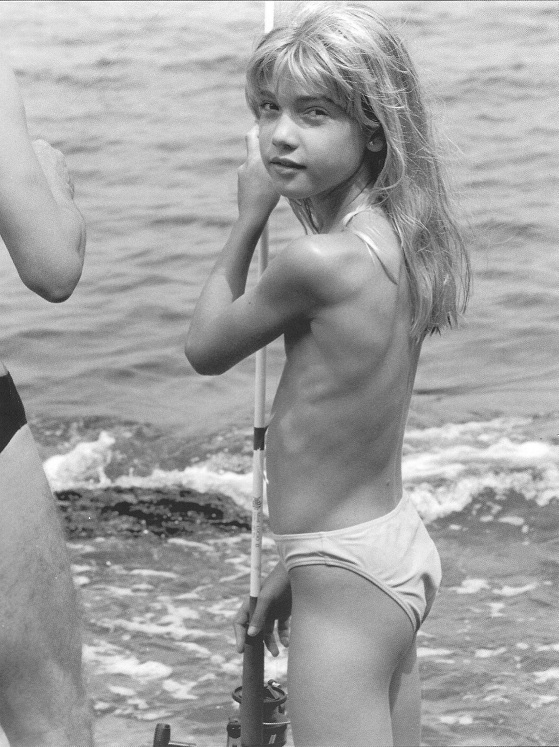 No summer day is complete without a bit of tree climbing. 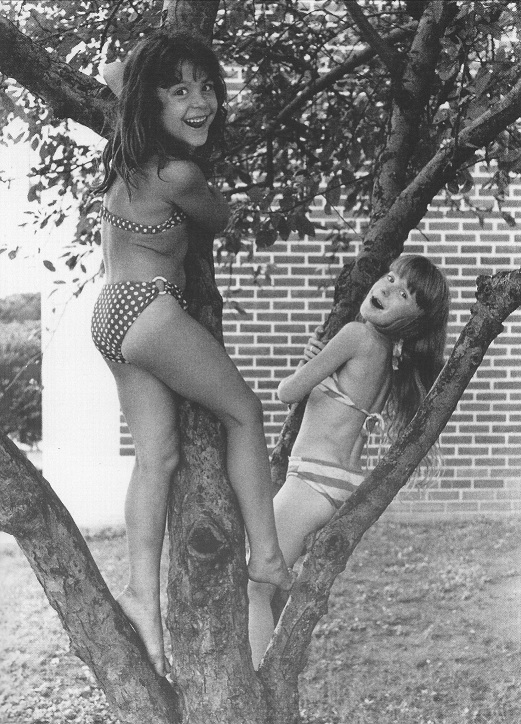 By the end of this project, Madaio was shooting about half his images in color. This is an especially charming scene that makes use of an old-country alley. 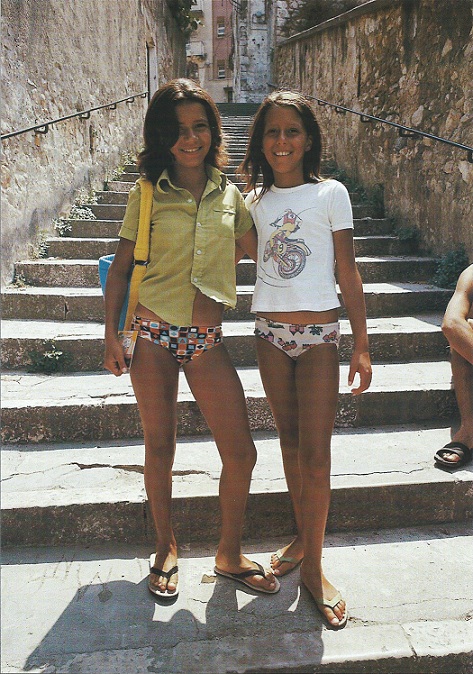 There are so many beautiful images in the book. I only selected these (as I do with every artist) to give the reader an idea of the scope of his images.