I thought this was worth noting. John Singer Sargent has painted many outstanding artworks, and Carnation, Lily, Lily, Rose is certainly among the best of them. The scene is of two young girls in a garden playing with Chinese lanterns. The girls are close in age and are actually sisters, Polly and Dorothy (nicknamed Dolly) Barnard, daughters of another artist, Fred Barnard. The painting was completed in 1886. Polly and Dolly—whose father died in an accidental fire caused by a pipe he’d been smoking in bed, when the girls were teenagers—were very close to Sargent and, as young ladies, sometimes traveled with him to his European painting locales.

Eleven years later, Ernst Neumann would publish an illustration in Jugend of two young sisters in a garden . . . with Chinese lanterns. Coincidence? I highly doubt it. I’m quite certain Neumann’s drawing was inspired by the Sargent painting. 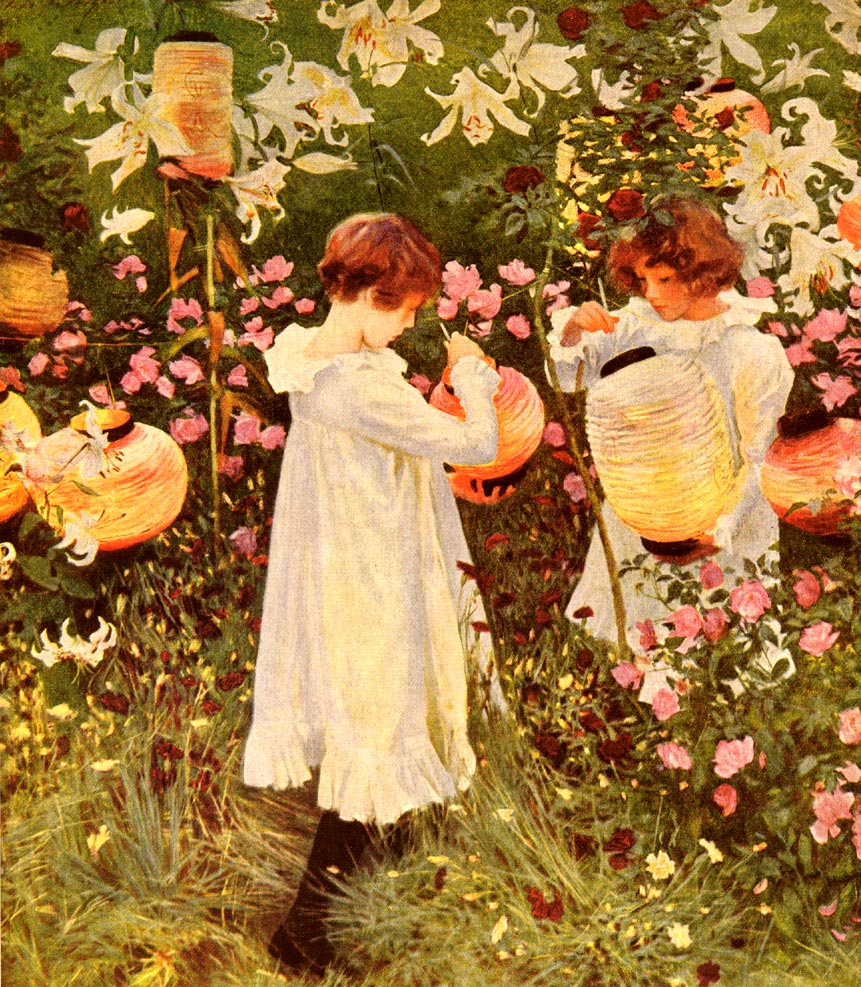 Editor’s note: another reproduction of Carnation, Lily, Lily, Rose with different colours (darker and more bluish) can be found here.