There has been a long association between the moon and the female principle. As the moon is one of the most easily observed bodies in the heavens, man must early have observed its periodic waxing and waning. There is strong archaeological evidence that women recognized the correlation between the lunar cycle and their own monthly cycle as early as the Paleolithic Age. The evidence takes the form of a series of notched staves which Alexander Marshack discusses in his book The Roots of Civilization. A microscopic analysis of these notches revealed that they were not made by the same tool at the same time and suggests some kind of time-factored counts–typically 29 per staff. Marshack’s controversial contention was that they were probably associated with the lunar cycle and fertility. 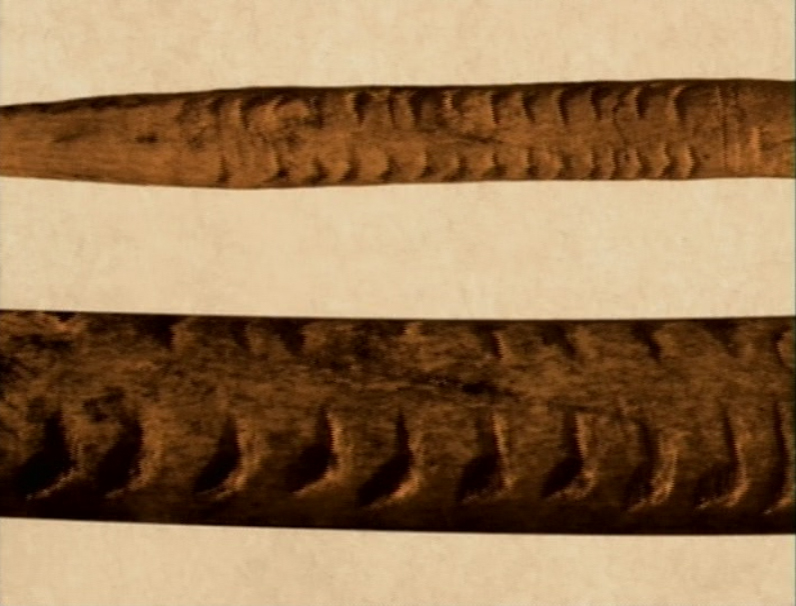 Alexander Marshack – The Roots of Civilization (1972)

One of the most compelling artifacts is a stone carving called the Venus of Laussel. It depicts a naked woman holding up a similarly-notched bison horn with her other hand on her belly, reinforcing this suggestion.

So it is natural that many mythological systems personify the moon as a goddess, and artists of all kinds have woven visual tales of lunar femininity. Of course, the images that follow caught my eye because they were cute postcards, and the little girl slightly baring herself does hint at a thematic link to classical motifs. There is also the amusing double entendre in English of using the word “moon” to refer to a bare butt; it is probably the same in French.

Sazerac was probably the name of a photography studio—probably in Paris. At the turn of the last century, a number of studios cropped up in a bid to produce appealing cartes de visite, which were popular because they could be made cheaply and in fairly large quantities, making them very profitable. Additionally, they were light and sturdy so could easily be sent all over the world discreetly. I do not know how many cards belong to this series, but I have tracked down these five. 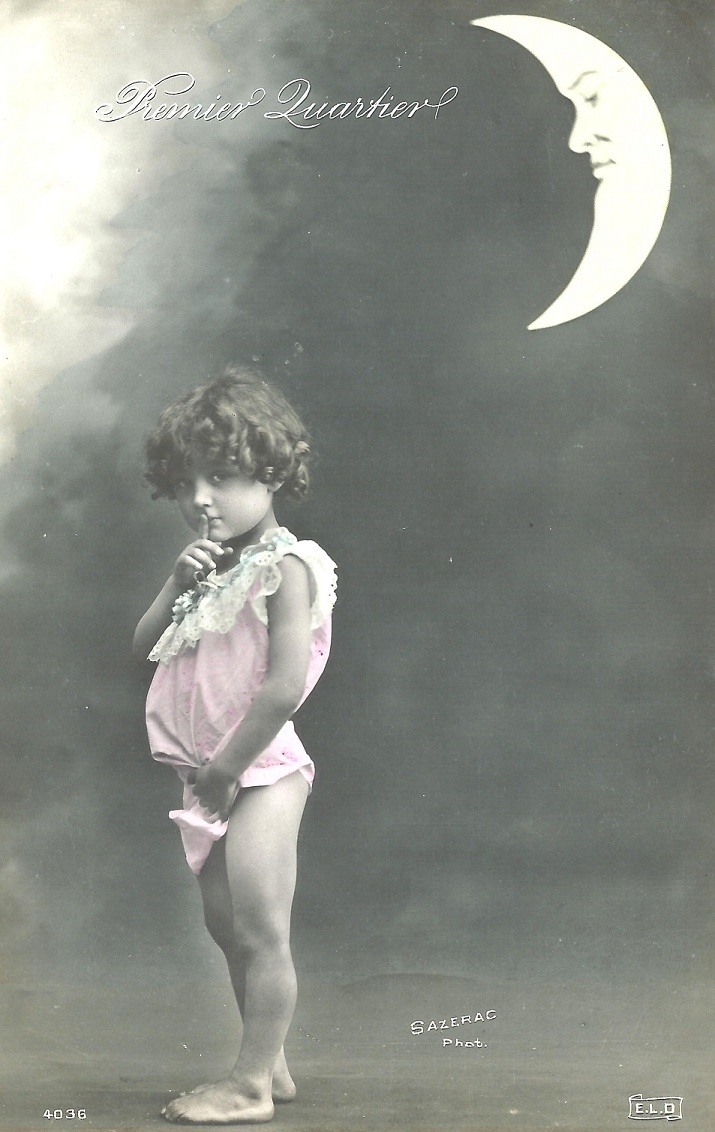 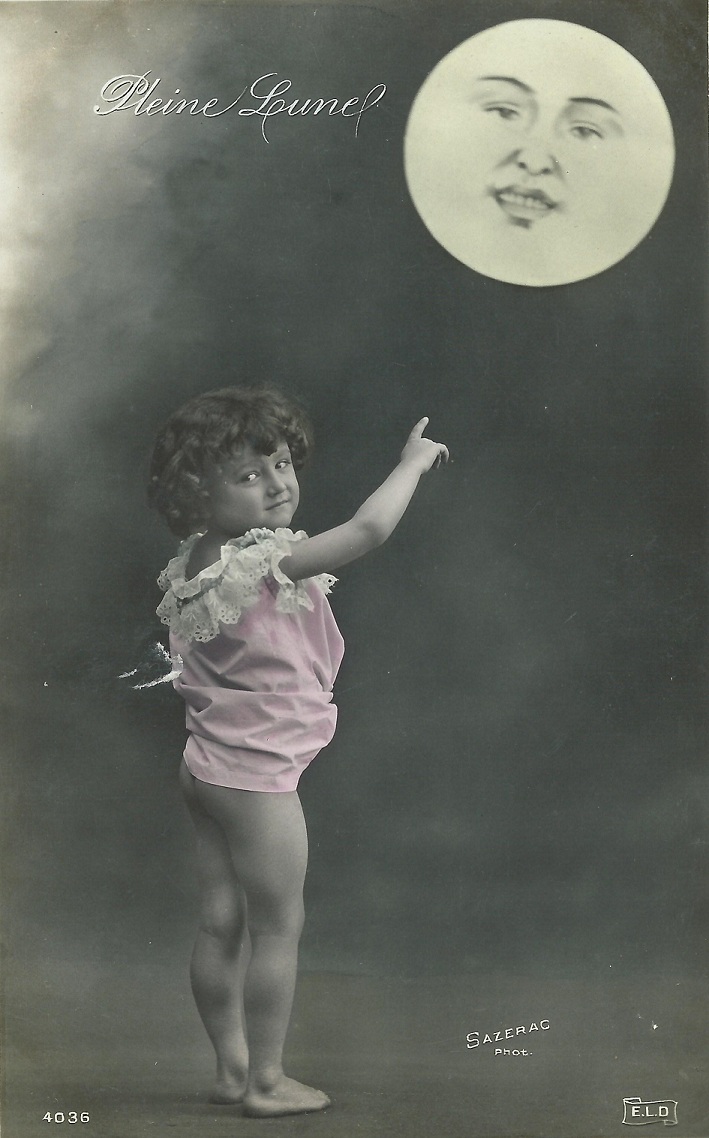 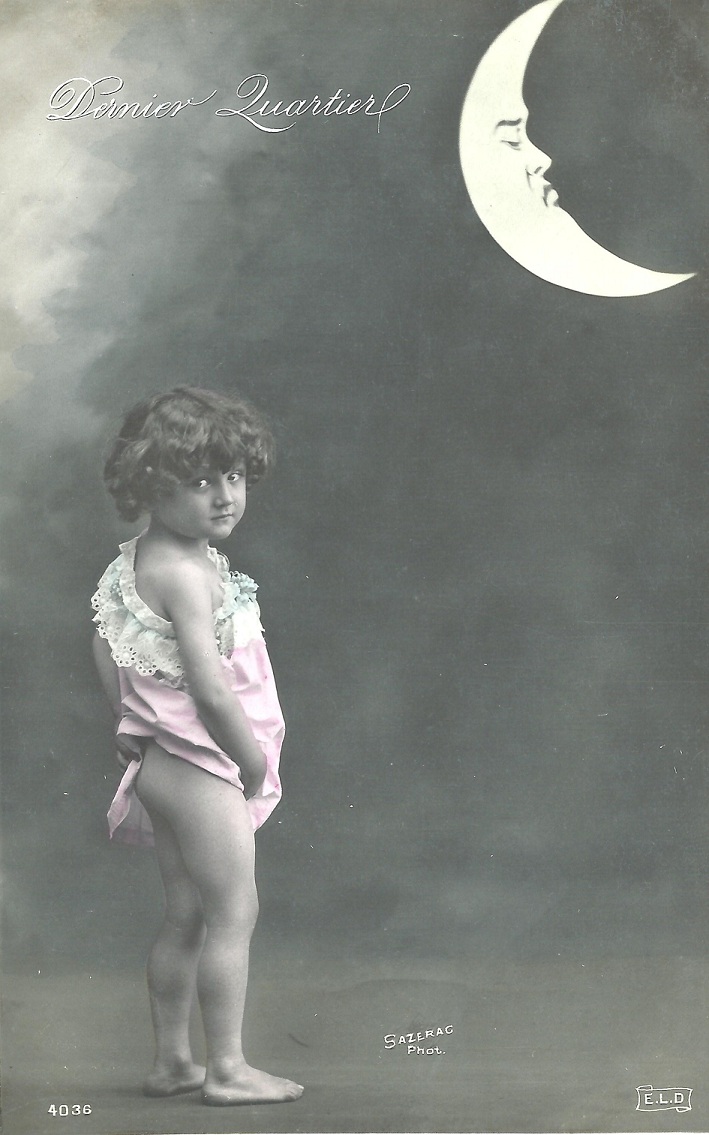 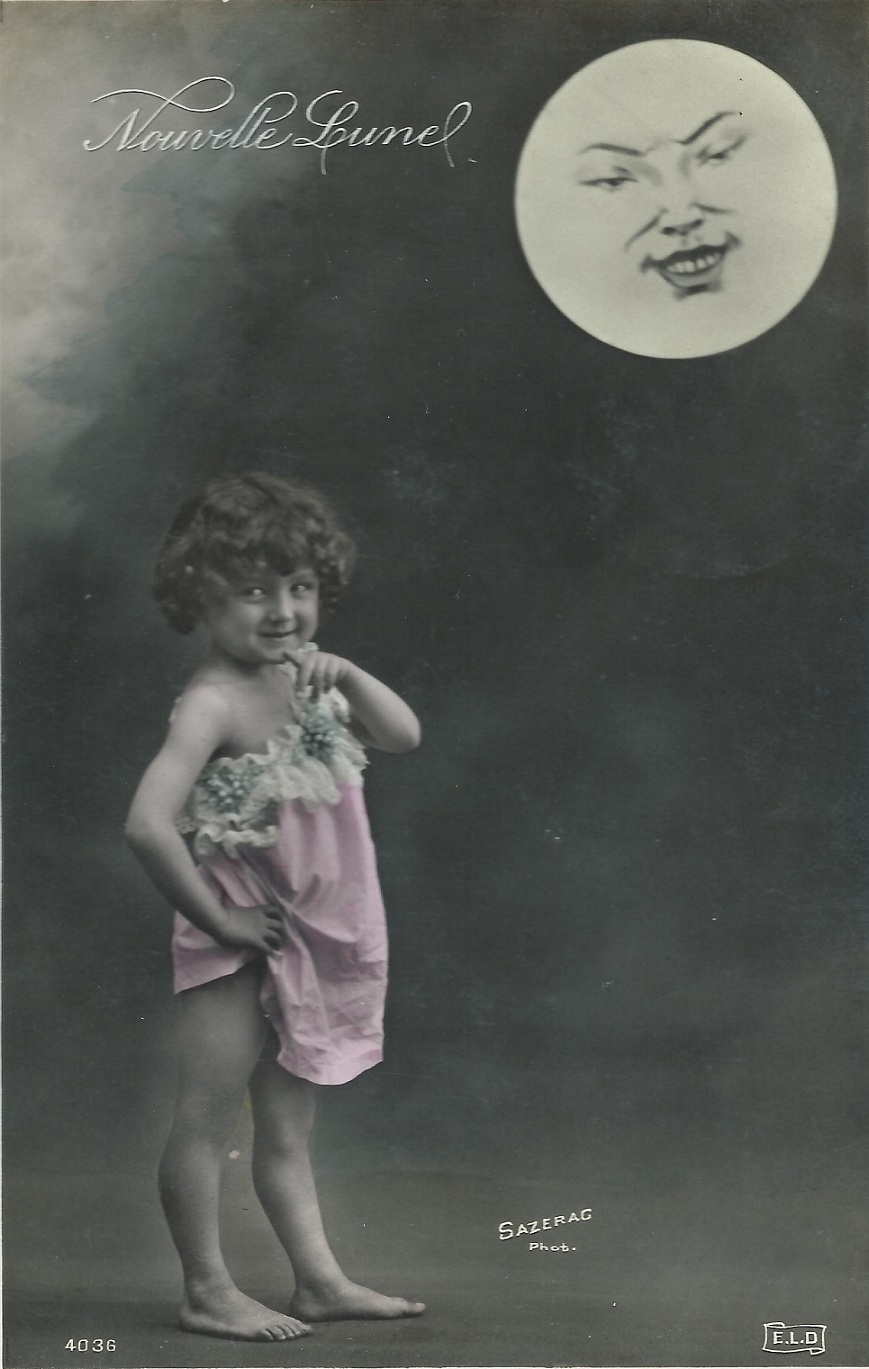 “Lune Rousse” means pink or red moon, which is the full moon in the lunar month after Easter, a period during cloudless nights when young shoots of plants are at risk of frost damage. Notice that the little girl’s garment is tinted pink to complement this motif. 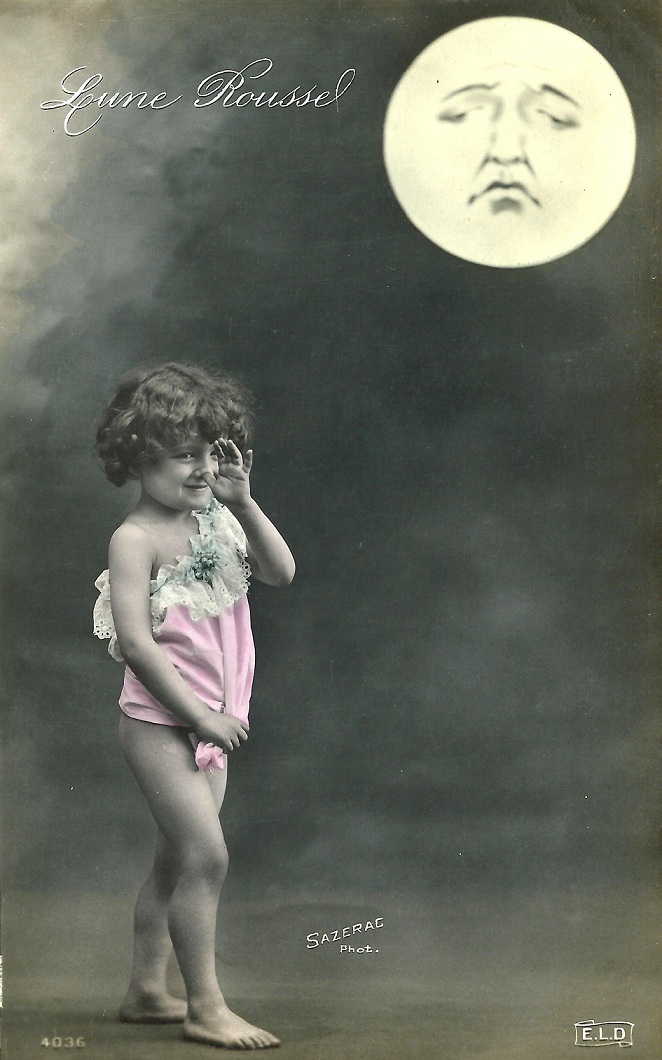 Those unfamiliar with French sometimes mistake the last flourish as another lowercase letter “L” which may be seen on sales sites.