I had intended simply to share this charming image I had seen on the internet and being a kind of responsible journalist, I wanted to offer a few background details. The result: a vast archive of photographs and illustrations!

In this case, it appears that Nouvelles Images S. A. in France got the rights to this image for producing postcards. The artist is only credited as Bettmann, so I looked him up too. It turns out that this is one of millions of images in an archive.

The Bettmann Archive is named after Dr. Otto Bettmann (1903-1998) who was born in Germany. He acquired an extensive collection of photographs before fleeing the Nazi regime in 1935. The timing of his arrival in the U.S. was fortuitous as the interest in photo journalism was rapidly expanding. He continued to collect photographs, making them available for press releases and as stock images for companies and other organizations. In 1989, Bill Gates formed a company to house and preserve the collection and continue building on it. Corbis Corporation through its various websites now has over 11 million images, some over 100 years old. Their mission has expanded to make these images more accessible for online applications.

When I get time, I will probably explore this archive more thoroughly as there are plenty more images of girls and families that are relevant to this blog.

This particular image reminds me of the importance of perspective. The overhead shot accentuates the smallness and delicacy of the girl and the simple outfit does not detract from the charming features of the girl herself. 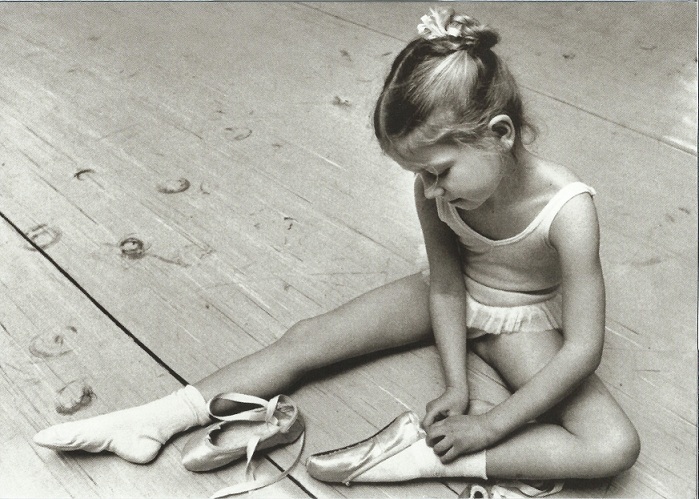