It may seem a superficial thing to say, but modeling is hard work and photographing models is as well, especially if they are children. On the other hand, many little girls do enjoy getting their hair done, dressing up, playing make believe and generally showing off. Hajime Sawatari’s Alice is an excellent case in point and it happens to be the best example of the tableau I can think of.

Sawatari (沢渡朔) was born in Japan in 1940 and, pursuing his interests, graduated with a degree in photography in 1963. By 1966 he was a freelance photographer working mostly in the fashion industry. Over time, he became more and more entranced by the female form and began documenting his romance with an Italian woman named Nadia. The results of this work garnered Sawatari some critical acclaim. In 1973, he produced Alice which despite its exceptional production quality was not recognized publicly as a masterpiece, most likely because of the nudes of the 6 or 7-year-old girl contained within. Ironically, Sawatari produced a sequel to this work in 1979 called Alice from the Sea using the same model and that did win awards. The little girl, Samantha Gates, would later do other modeling and acting work: most notably (with her brother Stefan) Led Zeppelin’s Houses of the Holy album cover and the film The Water Babies.

It is hard to be sure, but it seems clear the artist was creating an homage to Charles Dodgson (Lewis Carroll), not only because of the Alice motifs, but because he felt it important to show off this beautiful girl in her natural glory. There is also ample evidence that these photos were shot on various estates and other locations in England.  Whatever work difficulties there may have been, I think it fair to say that this little girl had the time of her life. This piece is a kind of swan song for Sawatari as he never did anything quite like it again. Over time he worked with nudes more and more, but they tended to be Japanese and older.

It was hard for me to choose only eight images and I have something to say about all of them. I expect to share some of the others in upcoming thematic posts. Every few pages of the book has an insert of Japanese text taken from the Alice stories to give context and mood to the images.

The artist played with scale by using miniatures as in this shot or over-sized props to create the opposite effect. 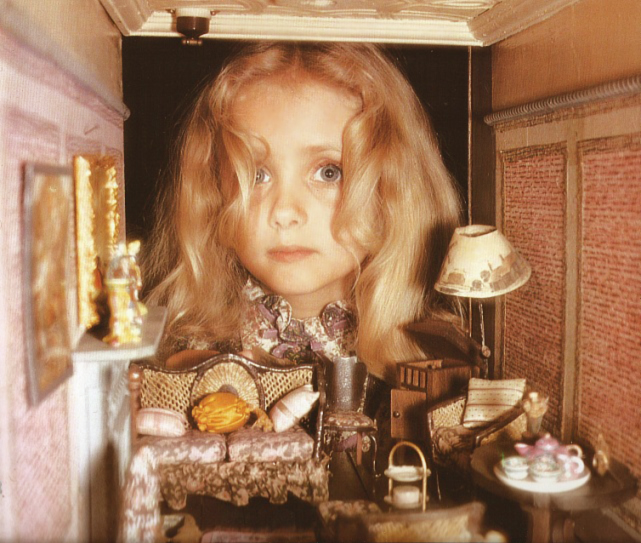 Sawatari plays around with twin imagery in a few shots using this Alice mannequin. 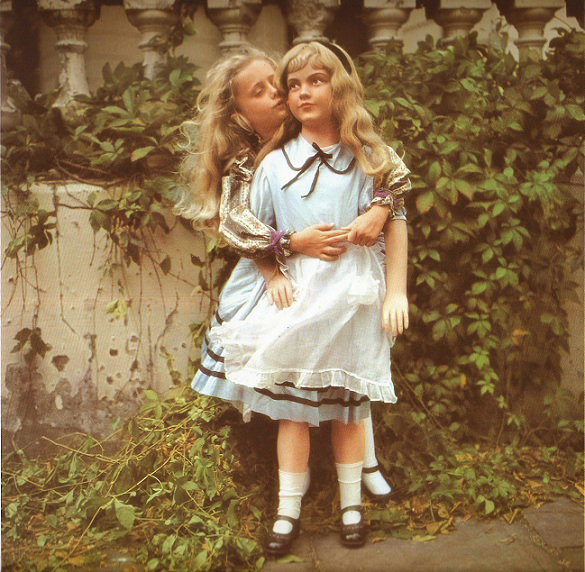 This image of embarking evokes the idea of a magical journey. The girl’s costume and the beautiful train remind me a lot of scenes involving The Hogwarts Express.

This is the only image in the book that is a two-page spread. Pip did a nice job cleaning it up so you could appreciate its full impact.

This is a wonderful juxtaposition of scale, perfectly suited for this fantasy. Here, she is frolicking with Tweedledee and Tweedledum. There is another image like it in a wooded setting involving the King and Queen of Hearts. 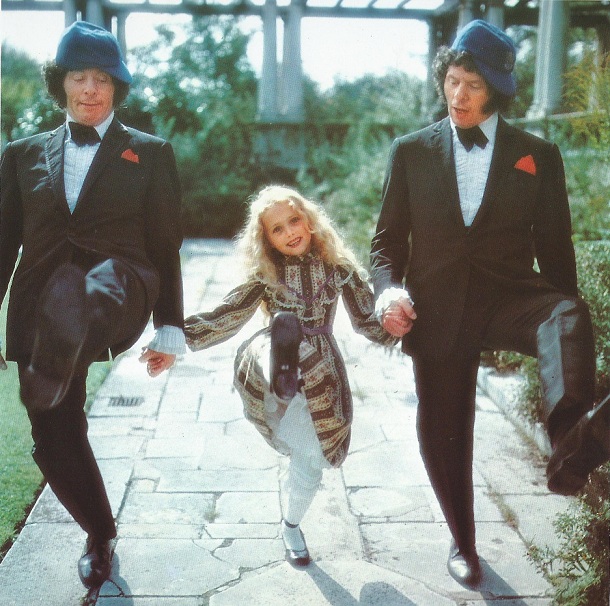 This is one of several scenes involving the Tea Party and this is a good one showing the entire table setting and cast of characters. 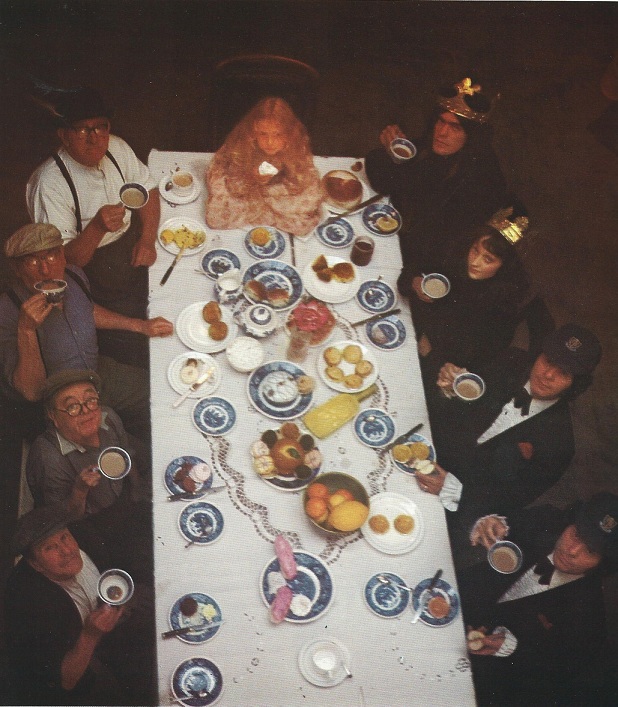 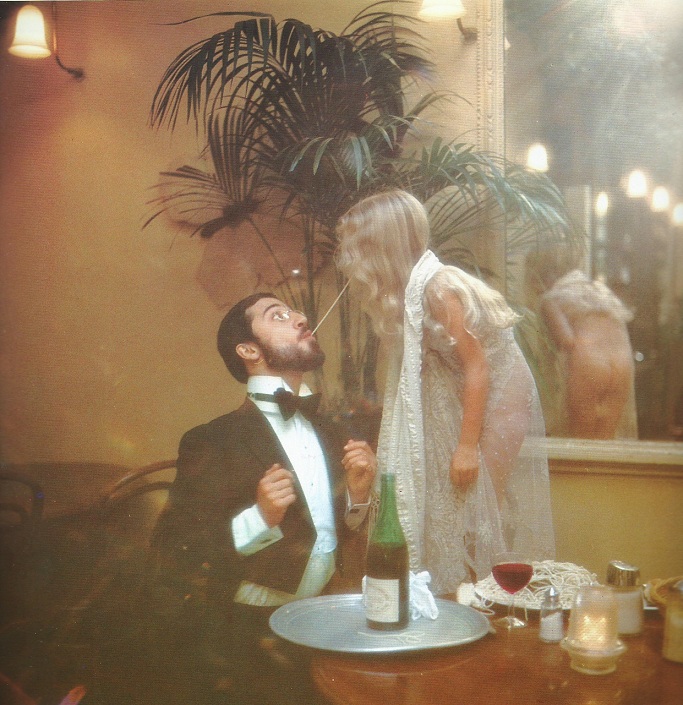 [160227] Sawatari’s journal entries from this shoot have been transcribed and translated and will be used for a future post focusing on Gates.  -Ron

2 thoughts on “Having the Time of Her Life: Hajime Sawatari”