Harry Peccinotti is recognized mostly for his erotic photos of women, and his stint as art director for the fashion mag Nova (from which the following image is taken) is considered groundbreaking by many.  Here we have a fashion advertisement for Biba in which a young girl appears to be dressing or undressing a life-sized mannequin, only the “mannequin” appears to be a real adult model.  The ad is provocative on a number of levels.  I won’t expound on them as they are fairly self-evident, but suffice it to say this ad doesn’t sit well with modern PC sensibilities.  And yet it does seem to say something honest about our culture, or even, more importantly, about the nature of girlhood itself.  Think about the Barbie doll and you’ll begin to see my point, I think.  Reality doesn’t always fall in line with political correctness; let’s leave it at that. 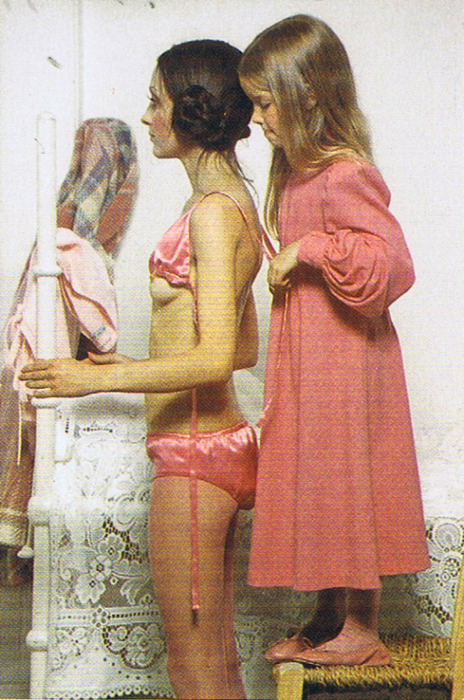 *Don’t be concerned about the variation in this artist’s first name.  Both spellings are acceptable.