I made a post on Flor Garduño over a year ago, but I have since uncovered some new material by her, so she’s getting a second (albeit small) post here.

Yes, I know I’ve posted this one before, but this seems like a slightly improved version, so it’s going up. What strikes me most about Garduño’s images are the spare but well-considered compositions, and this is one of the best. This image, in another photographer’s hands, could’ve been flat, but Garduño gives it depth with her choice of lighting.
[Editor’s update, 2016/06/29: A larger version has been inserted, coming from the artist’s website.] 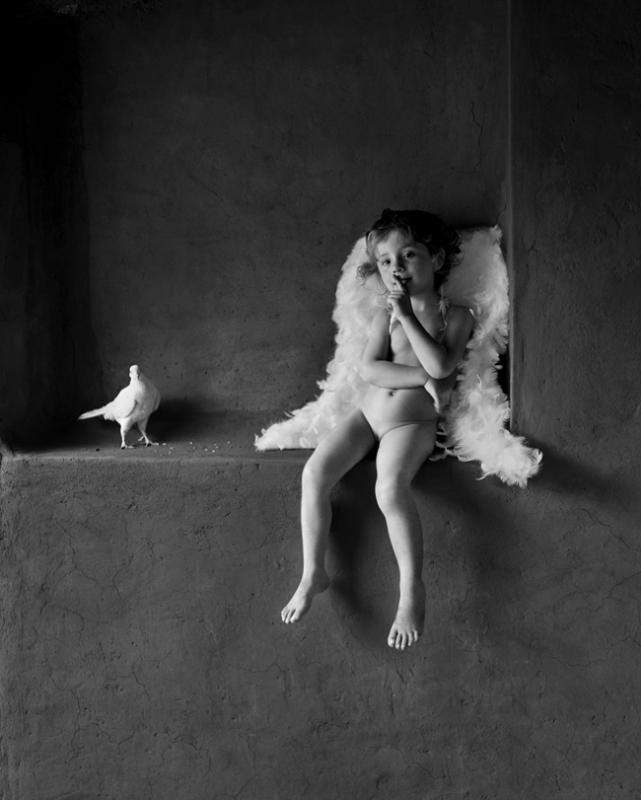 The young subject of this photo is also called Flor, it seems. Her daughter perhaps?  Notice the seahorses decorating her hair.  The best portraits often have a visual hook–for this one it is the seahorses in the hair. 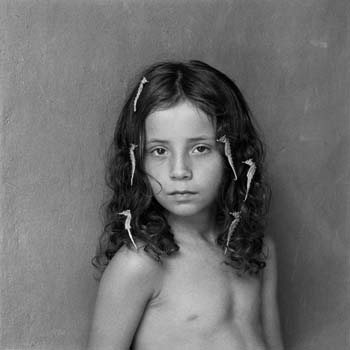 This is one of my favorite photos by Garduño. I really wish there was a larger version online. She’s like a little atavistic superhero, and every bit as majestic standing on that log. If only she really did have superpowers . . .
[Editor’s update, 2016/06/29: Wish granted! A larger version has been inserted, coming from the artist’s website.] 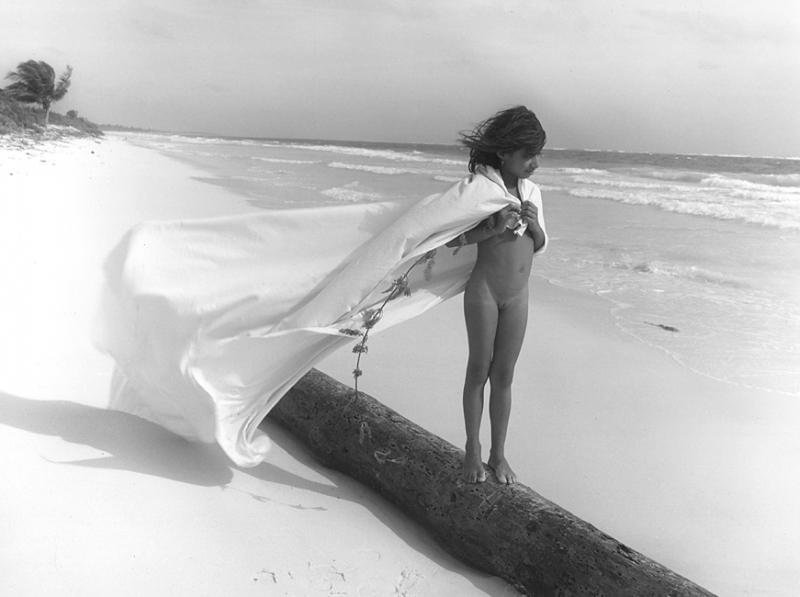 Another interesting nude portrait. A few props turn what would otherwise have been a fairly standard portrait into a fascinating character study.  There is something intriguing about Garduño’s little naked angels, fairies and supergirls.

[160701]  Since we have been updating and adding images from this artist, I would like to submit this intriguing example from her ‘Inner Light’ series.  The title (mislabeled on the artist’s own website) is a bit mysterious and I would appreciate someone versed in Mexican culture to tell me what La Monina means.  -Ron 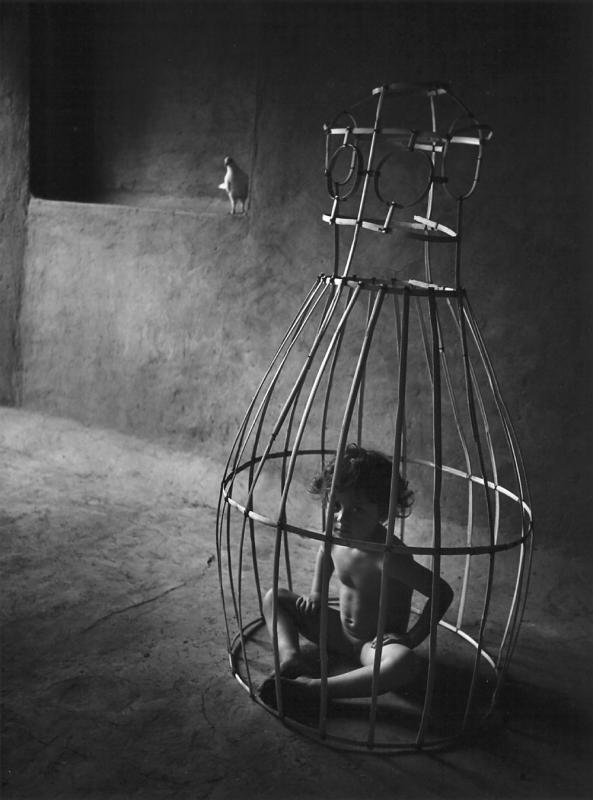 There is a wonderful introduction by Verónica Volkow in the book Inner Light (2002) which eloquently expresses the artist’s attitude about the relevance of nudes and flowers and their connection.  A slightly abridged transcription can has been posted here.  -Ron