Donato Giancola . . .  What can I say about him?  He is one of the best sci-fi and fantasy artists working today.  How’s that?  Giancola is simply a master at telling stories with his paintings, and this one is no different.  There is an abiding sense of mystery and sadness permeating the image.  Is the mermaid behind the rocks the young girl’s mother?  How did her mother go missing?  Is the mermaid ill?  Dead?  Why is the man so eager to pull his daughter away from the mermaid?  This painting, like many of Giancola’s works, sets in orbit a world of questions. Giancola also painted the cover of one of my favorite science fiction novels, Donald Kingsbury’s Psychohistorical Crisis. 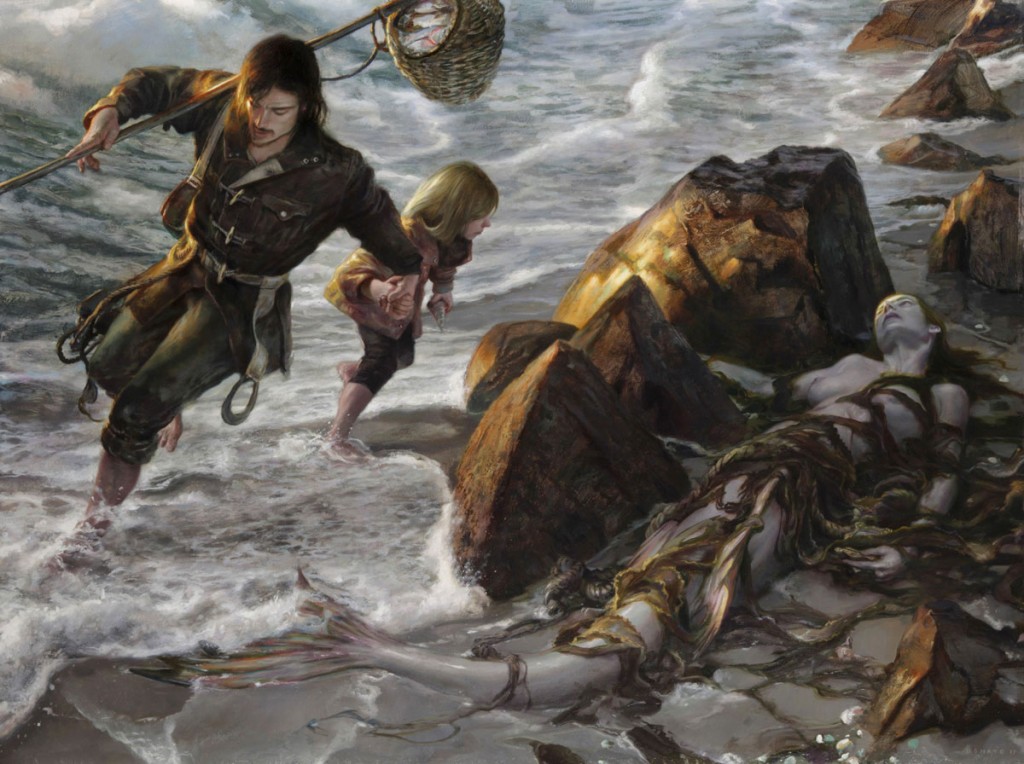 For those not familiar with Isaac Asimov, he is the sci-fi writer who coined the term psychohistory. The idea is that the larger the number of people in a civilization, the more predictable the events in that civilization. In the beginning of Asimov’s ‘Foundation’ series, the protagonist has scientific proof for the eminent demise of the galactic empire and does something about it.

Indeed, and in fact Psychohistorical Crisis is somewhat of a sequel to the Asimov Foundation series, only Kingsbury changes some of the names. But he builds on the foundation (no pun intended) of Asimov’s books and makes that world his own.