Two days ago I posted a couple of paintings by Anton Kolig.  Today we focus on another Anton, Anton Romako, who is worthy of a larger post and so shall get one.  Romako arose out of what is called the Ringstraßenepoche (or Ringstrassenepoche if you prefer), an artistic and architectural period in Austria that ran from the 1860s to the 1890s.  He was a student of Ferdinand Georg Waldmüller, who considered him a talentless hack. As with many cutting edge artists, in Romako’s own time he was underappreciated, but eventually his work was recognized as that of a painter ahead of his time, and he was a major influence on top-tier Expressionist Oscar Kokoschka.

Romako’s life was a tragic one.  First, he was the illegitimate son of a factory owner and a maid who worked for him (and all that that entailed in the Victorian era.)  As a young man, after his studies throughout Europe, he took up residence in Rome, where he was able to carve out a niche for himself amongst other expatriates.  He married in 1862, but his wife would abandon him in thirteen years, leaving their five children in limbo.  A year later he would find himself returning to Vienna but could never get his career back off the ground there, owing largely to his unpopular style of painting.  The most devastating blow, however, would come in 1887 when not one but two of his daughters would commit suicide.  Heartbroken and poverty-stricken, he died two years later.

I don’t know the dates on most of these, so I’m just going to post them alphabetically.  The first happens to be a nude study.  I’ve seen tons of nude young girls in art, but I don’t think I’ve ever seen one with this odd pose.  It looks almost like a dancer’s position but badly done, as if the girl is a flexible but unskilled dancer attempting a difficult ballet move.  Needless to see, she looks a bit awkward in that stance. 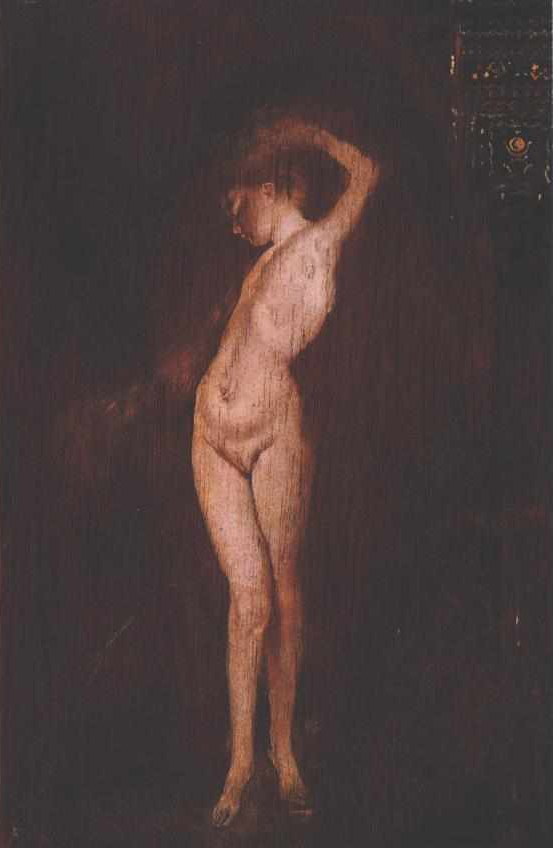 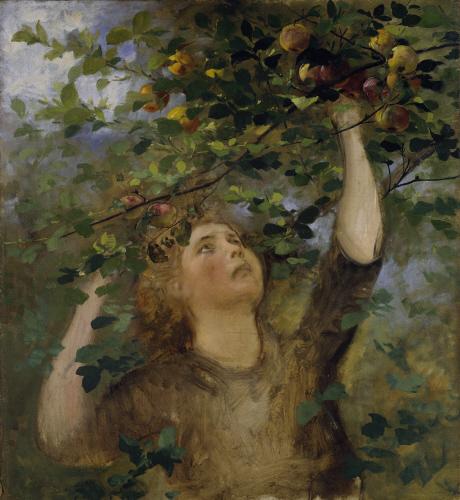 Children blowing bubbles is a common theme in Victorian painting. As with much of Victorian art, the bubbles here are symbolic, representing the fragile and fleeting nature of childhood itself. This was, in turn, an indicator that the spiritual innocence of the child was a temporary state and a brief one, thus reminding the adults who viewed it of their own mortality and their need to lead a good life so as to secure their place in heaven. 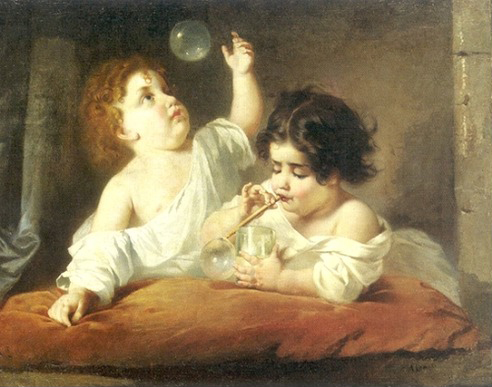 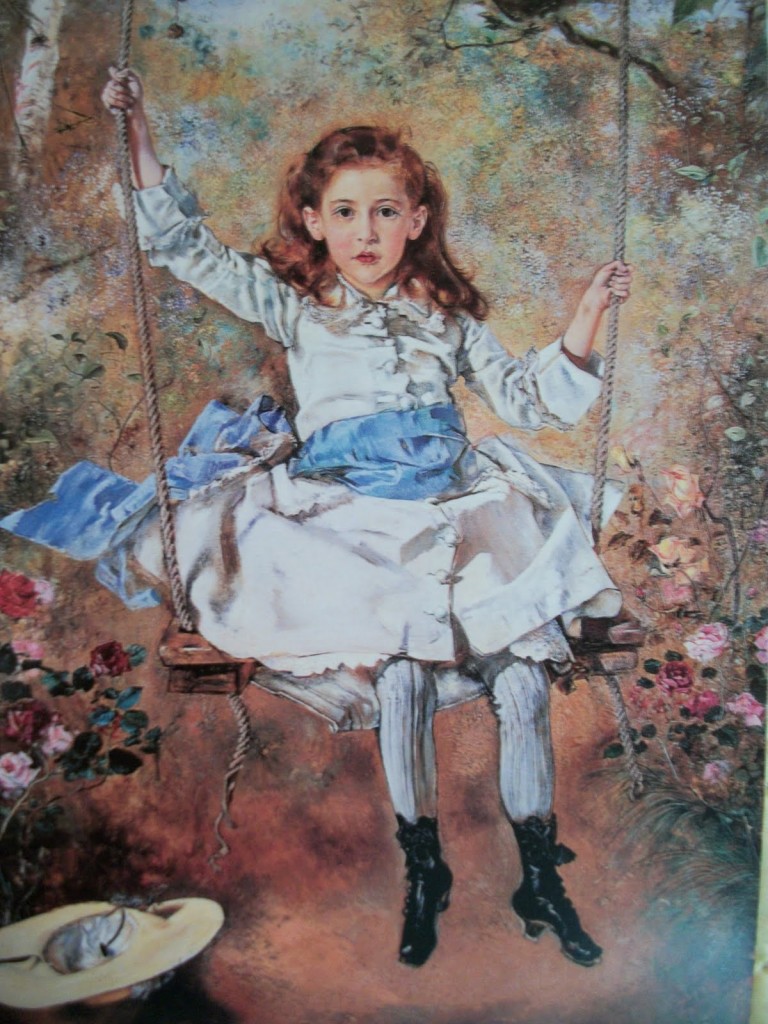 Anton Romako – Girl on a Swing 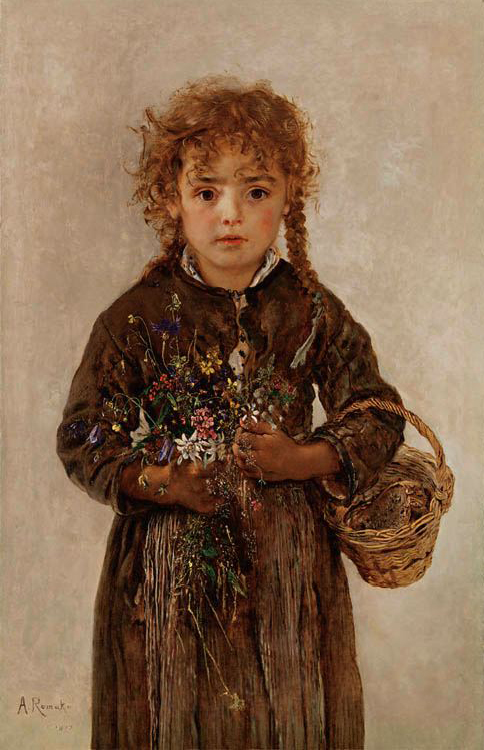 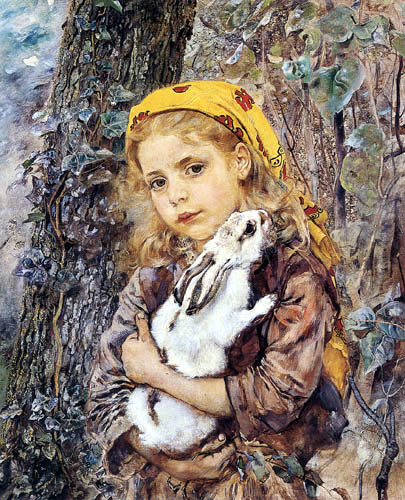 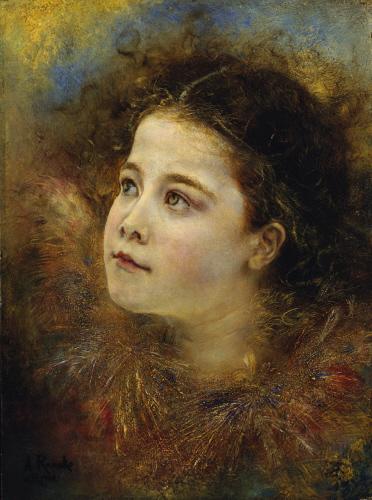 This girl, Mathilde, is one of the daughters who would later commit suicide. The other was named Mary.  She is holding what’s called a pilgrim’s staff and lilies, both symbols of the Christian faith. The scallop shell attached to the staff has its own religious associations. 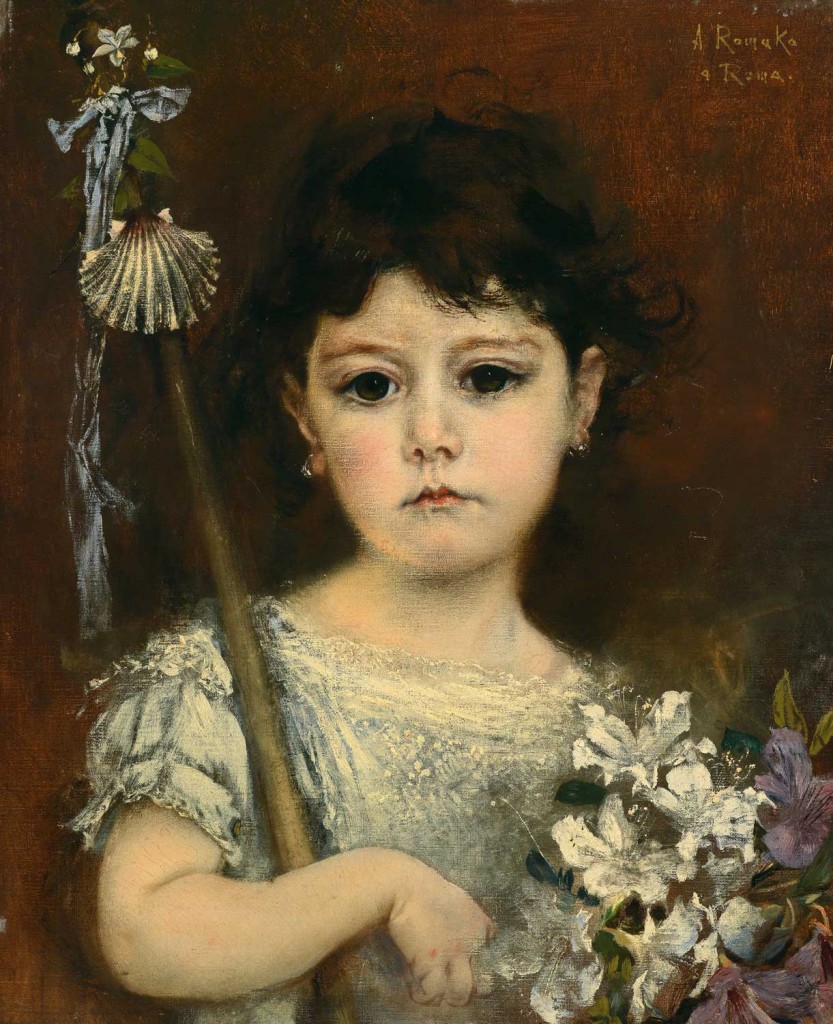 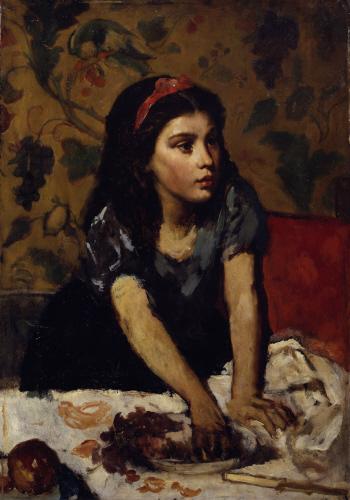 I find this piece particularly haunting.  The girl’s life appears to be in danger, which adds a disturbing element to an otherwise fairly conventional piece. 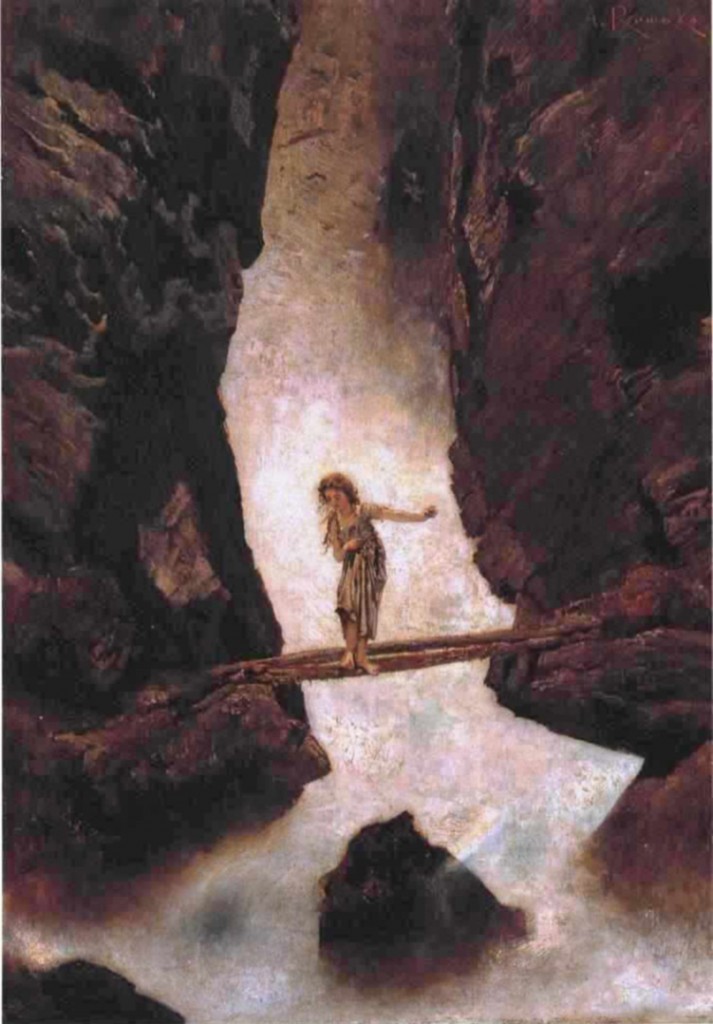 Anton Romako – On the Waterfall 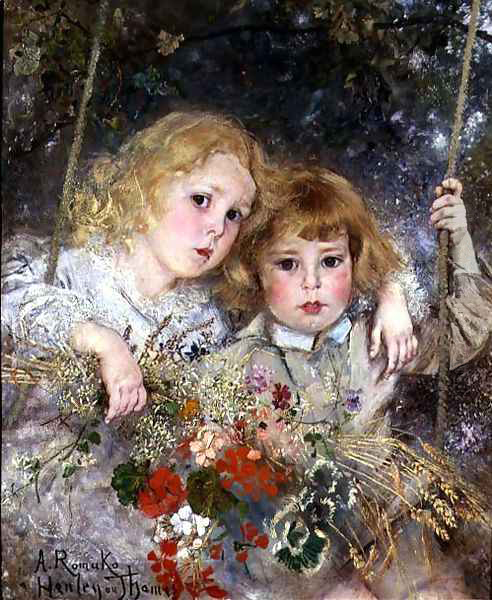 Anton Romako – Portrait of Ernest and Beatrice Makins on a Swing 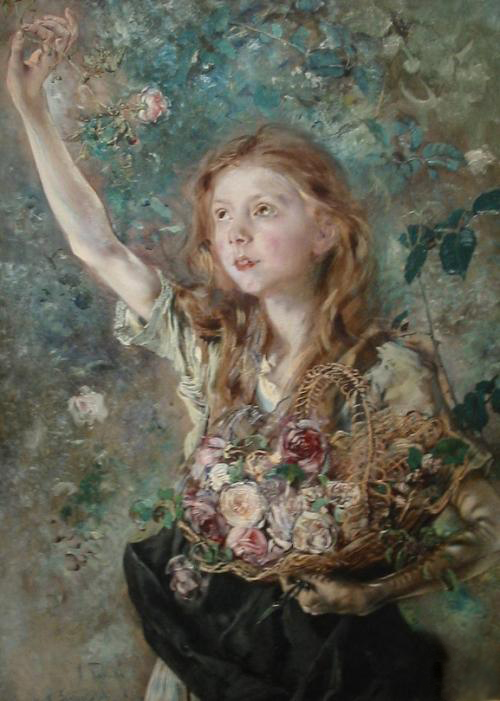