The bust of a toddler named Laura Brown, by American poet and sculptor (primarily of the Gilded Age) Anne Whitney. Ms. Whitney, a well-known lesbian–as several American female sculptors and artists of her day were–and early champion of equal rights for women and minorities, was to face some rather ironic discrimination of her own when she won a sculpting contest in which the subject was prominent Massachusetts abolitionist politician Charles Sumner (a fascinating figure in his own right), only to have her prize taken away upon the revelation that the artist was a woman. Laura Brown was a very early piece in Whitney’s career, possibly her first finished piece. 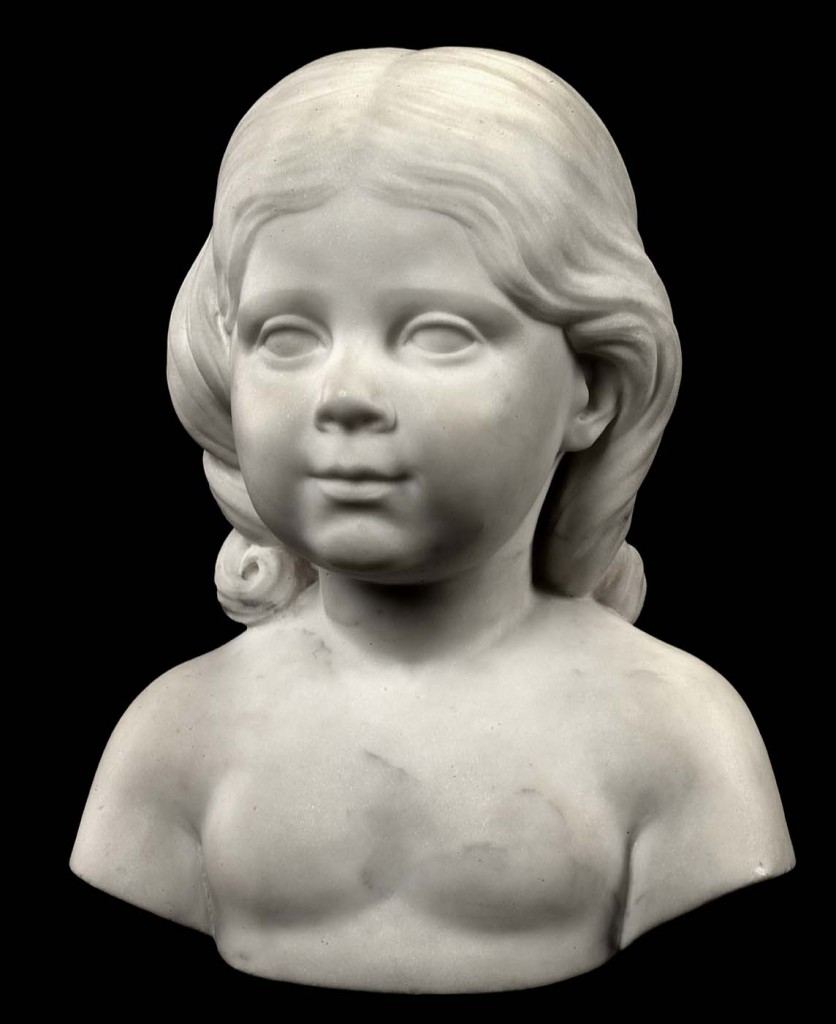 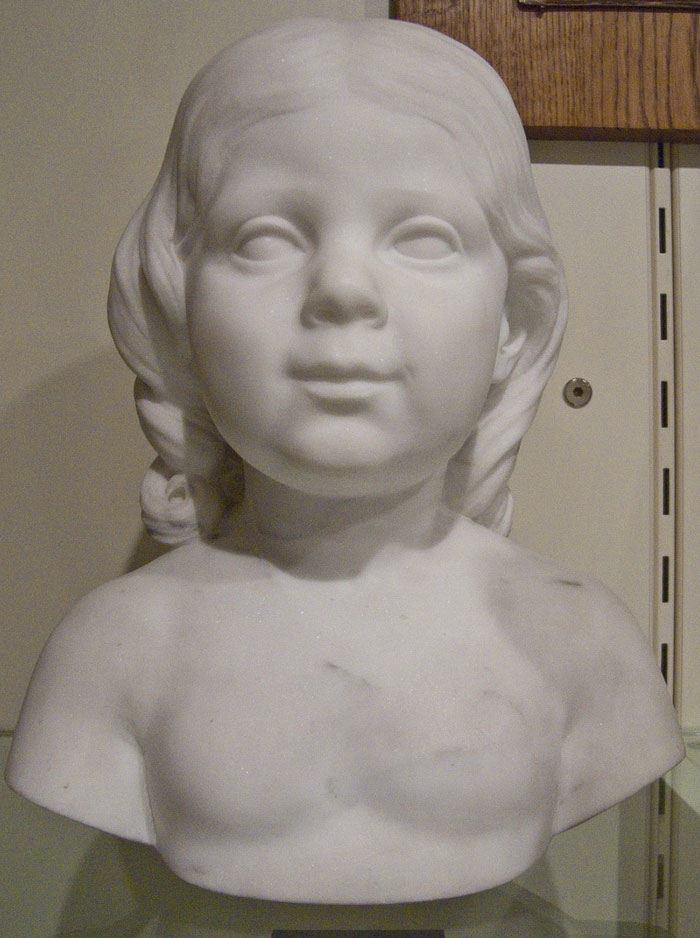