In addition to being the lead singer of the excellent alt rock band …And You Will Know Us by the Trail of Dead, Conrad Keely is also an amazing illustrator whose work has been used as the band’s album/promotional art (e.g. The Century of Self album cover and the jaw-dropping steampunk album cover and poster for Tao of the Dead (see also here)—the latter is actually relevant to this blog as it does contain a young girl in the image, and the former is tangential), but I don’t know if the image I’m posting is connected to any of the albums. It may be interior art for The Century of Self given the thematic and style similarities, but I really don’t know. I know one thing though: Keely needs a website devoted strictly to his art! 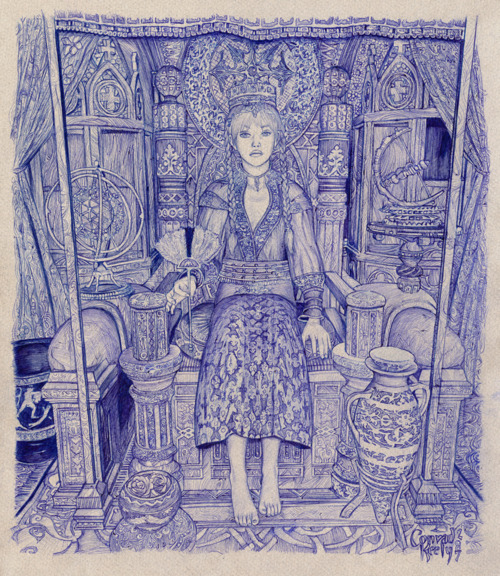