Well, I intended to make a long post yesterday, but I wound up spending much of the day sorting the files I’d accumulated on my hard drive and placing them in their proper folders, then bouncing it all onto a flash drive.  Not everything I save is for Pigtails in Paint—I’m an avid collector of all sorts of art and it all has to be organized or else I would quickly be overwhelmed.  Needless to say, it’s not something I look forward to, which is why I allow it to build up on my hard drive until I can’t stand it anymore and have to sort it all out.  Anyway, that’s what I did yesterday.

Also, as promised, I am going to start posting actual artwork from Jugend, beginning today.  Essentially what I plan to do is put up pieces from the earliest issues and progress into the later issues, although I will occasionally group art by theme or by artist, depending on if I have enough to warrant a post, so they won’t always be in exact chronological order.  What I’d like you to pay attention to is how the style of the artwork changes over the forty-some years the magazine was in circulation.  It begins with a light, highly organic style with lots of flowing curves and details—the Jugendstil which took its name from the magazine’s title, as well as Impressionism—and changes into a darker, denser and more rigid style, Expressionism, which was a reflection of the German zeitgeist as the nation went through two world wars, constant political upheaval and a devastated economy.

Here is your first piece.  It’s from the very first issue of Jugend, which was actually two issues bundled as one, and is by Théophile Steinlen, a well-known and respected French illustrator, painter and printmaker and one of the original art nouveau masters.

Addendum: in another article I discuss the link between the young girl and art nouveau as a culture movement.  Here the symbolism of that is quite explicit.  The title of the piece translates into something like Miss The First.  This is similar to the debutante, the young woman who makes her debut into adult society.  This being for the premiere issue of the magazine, here the young debutante stands in for the magazine itself, and thus the art style that it helped to launch. 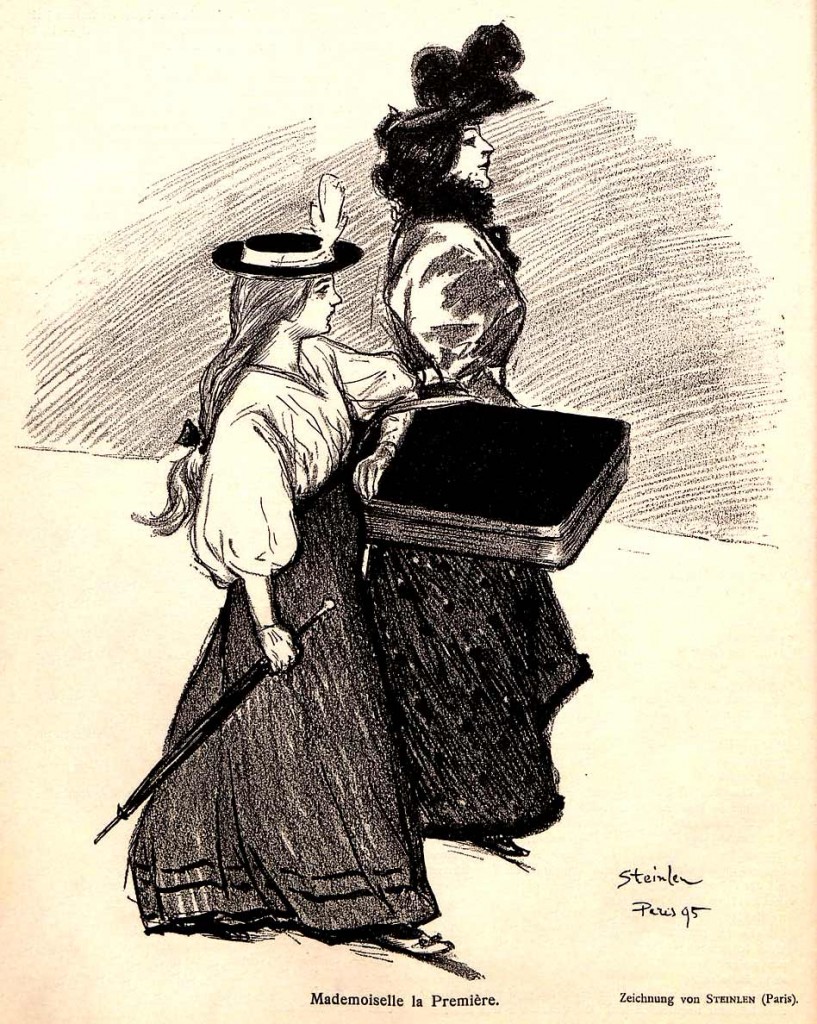