First, I would like to say that I intended to make several posts over the last two days, but I have had a lot of things come up that needed taking care of, one of which was a mini-crisis that is still up in the air.  Such is real life; it frequently interferes with my online life.  If only I had endless hours to do with as I please.

On the brighter side, I received my first troll here, which was inevitable I suppose.  I’m frankly surprised it took over a year for one to finally snipe at me, but anyway his posts were amusing to read.  I thought of letting them through, but as the guy used his real name and picture, from a Facebook account no less, I think I’ll extend him more courtesy than he really deserves and not give out his identity.  Besides, you never give a troll the soapbox if you can help it.  Anyway, it was the usual dumb shit–he accused me (not to mention Kurt Cobain) of being a criminal for being interested in nude art featuring children, and calling for me to be put to death.  Yawn.  Don’t you love ignorant people?

Okay, so on to the art.  Here are two illustrations from Peter Bauer.  I’m dedicating the first one to my troll friend.    By the way, if you can’t read German, the sign hanging from the tree says “Bathing Forbidden” hence the girls (and one boy, it seems) watching for the steamboat to pass so they can jump in the water. 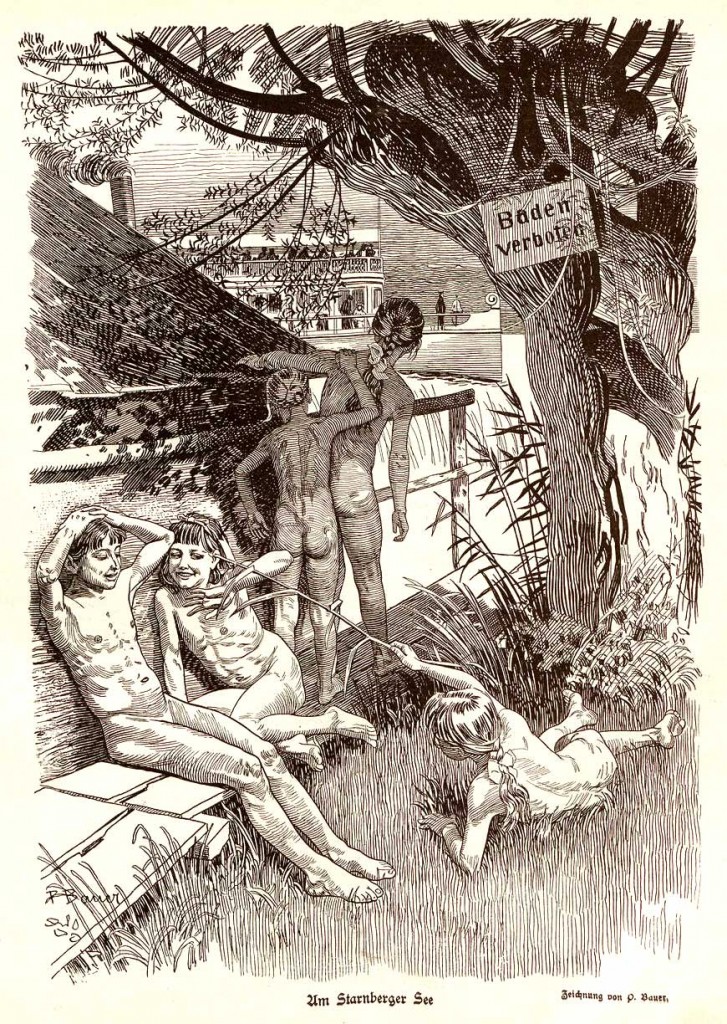 A short note on this next image too: when you see large swaths of white space on these Jugend images, it is generally because there was text there.  I don’t like posting an image with a lot of text around it because it can be distracting, especially if the image is cropped to cut the bulk of the text off, so I generally just remove the text.  That is what I’ve done in this case.  Again, these two illustrations are superb examples of jugendstil. 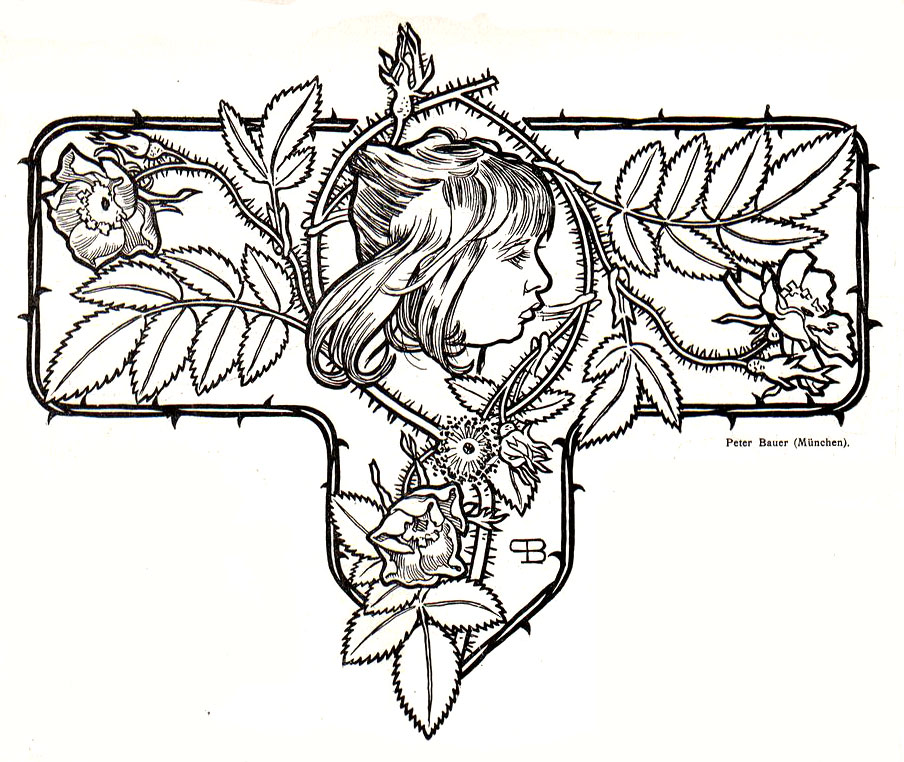