I don’t ordinarily endorse films that I haven’t seen yet, but in a few cases I will make an exception.  Last year I featured a poster illustrated by Troy Nixey (a comics writer-illustrator turned movie director) for his own film, the Guillermo del Toro-produced Don’t Be Afraid of the Dark, and later I posted the UK poster for the same film.  This time I am putting up two posters for the upcoming Wes Anderson film, Moonrise Kingdom, which just looks phenomenal. It’s a bildungsroman focusing on a young pair of runaway lovers and the efforts to find them. The film features an amazing cast and beautiful art direction, as well as Anderson’s trademark wit. The young actress who plays Suzy—the female half of the amorous runaways—is Kara Hayward, and this seems to be her film debut. Anyway, I can’t wait to see this!

But on to the posters.  The first is the American poster for the film, the second the French version.  Notice that on the American poster the two kids aren’t even touching, and the boy is holding his popgun, a symbol of violence (pointed strategically at her midsection I might add), whereas in the French version the girl has her hands on the boy’s shoulders and isn’t holding a weapon.  Is this merely coincidental, or is it a reflection of the different mentalities of Americans and Europeans when it comes to kids and sex?  You be the judge. 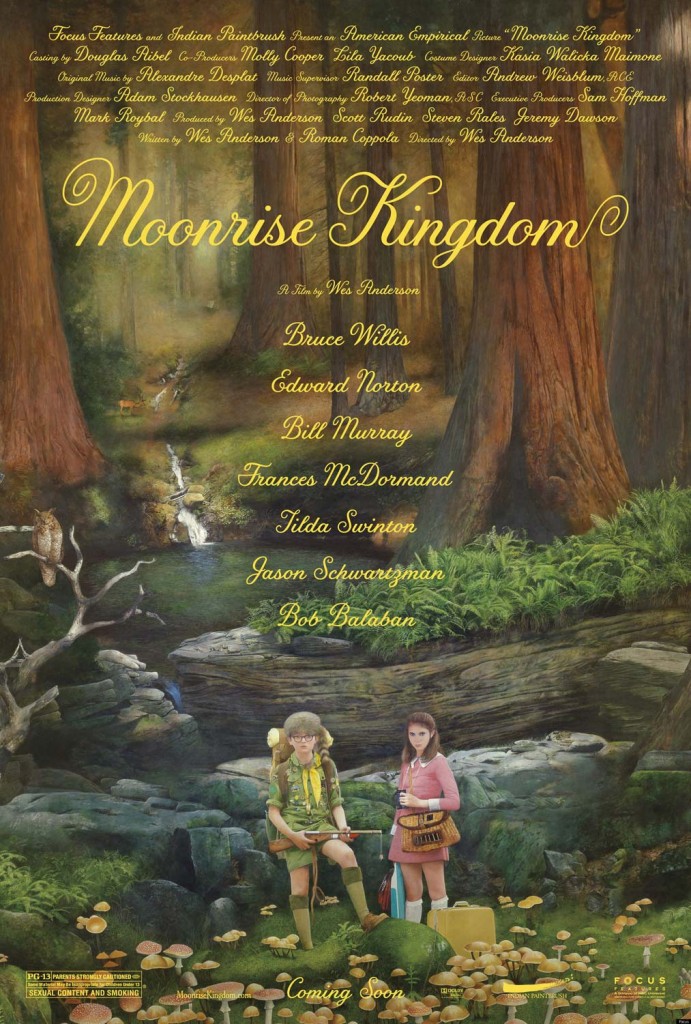 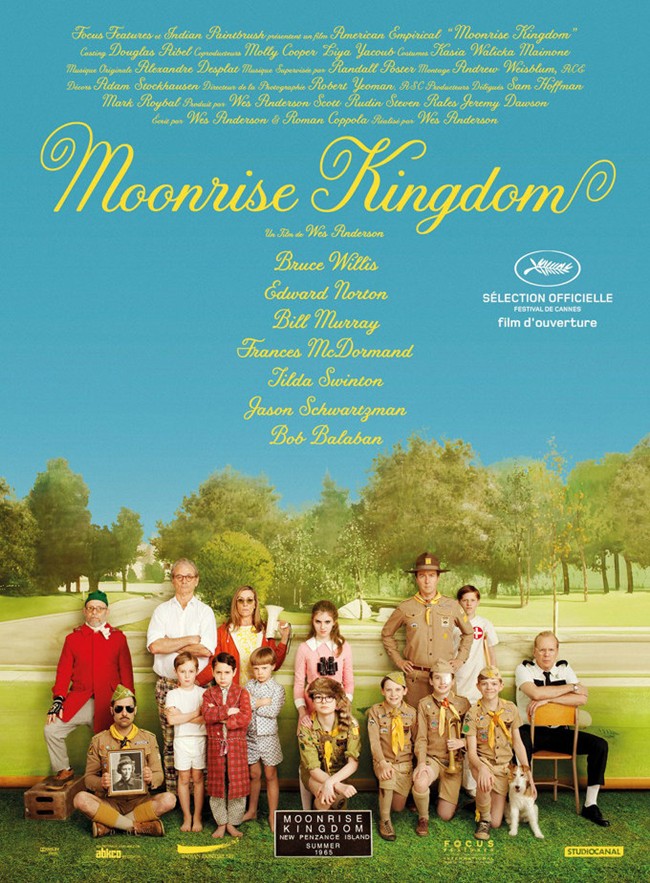 And if you haven’t seen the trailer for the film yet, check it out.