Artur Lajos Halmi featured quite often in the early issues of Jugend. 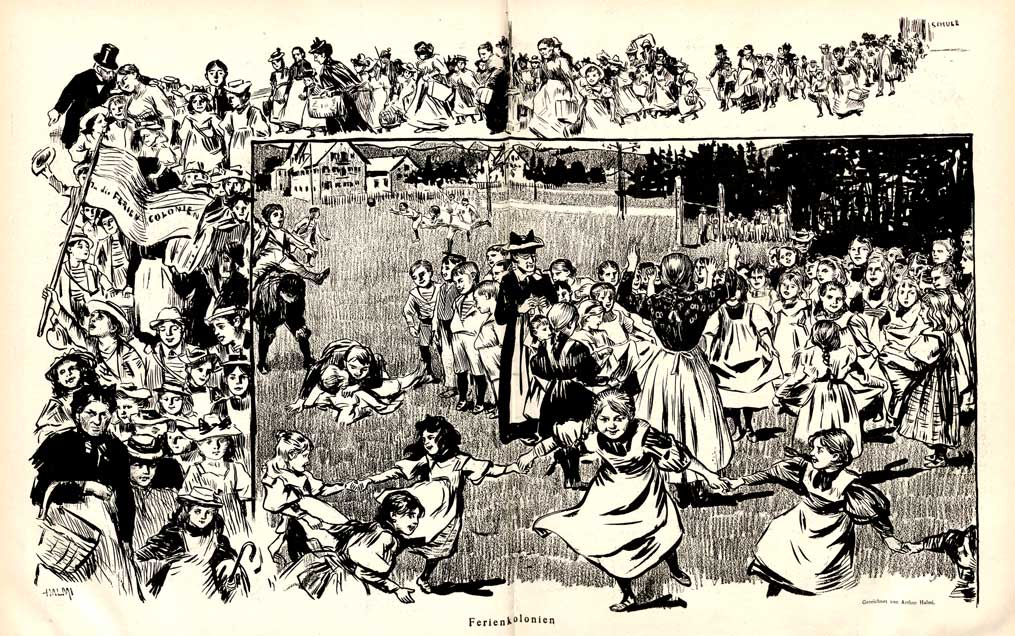 These next two illustrations accompanied the same story.  The story seems to focus on a little girl who is part of a traveling circus family.  I like how pretty much just the girl’s hair is colorized in the second image; a neat visual trick since she is clearly the main protagonist of the story (its title translates to The Little Estrella). 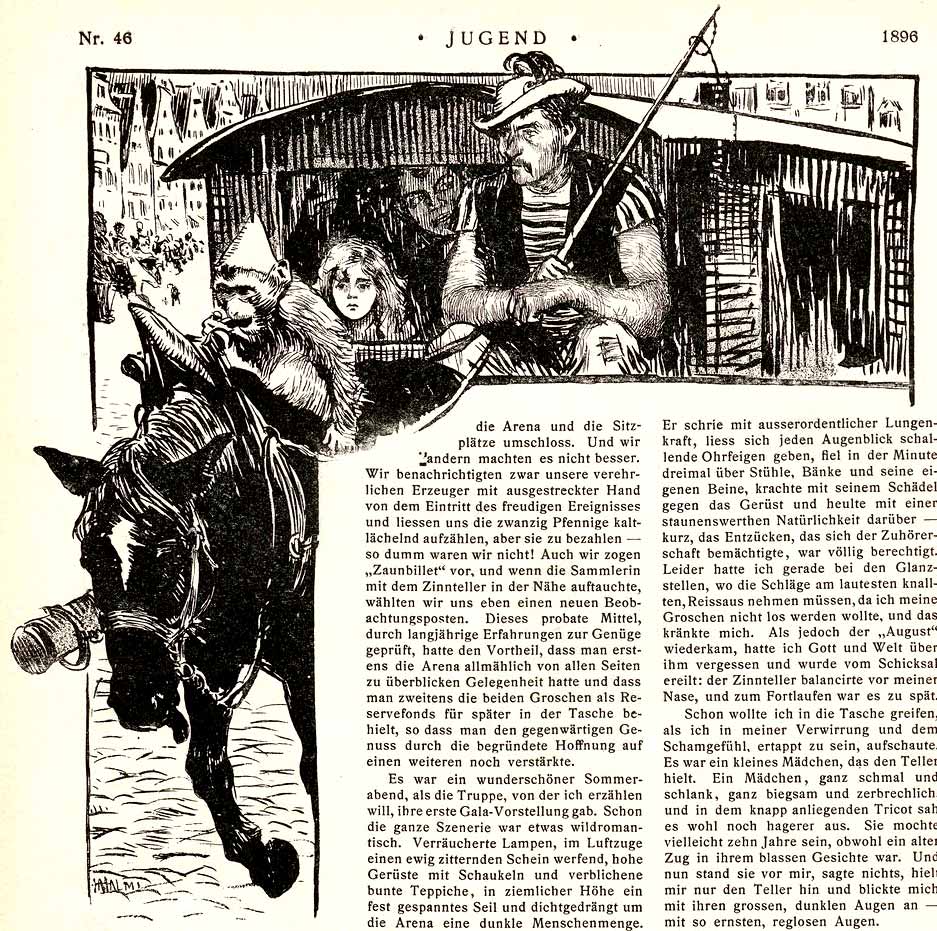 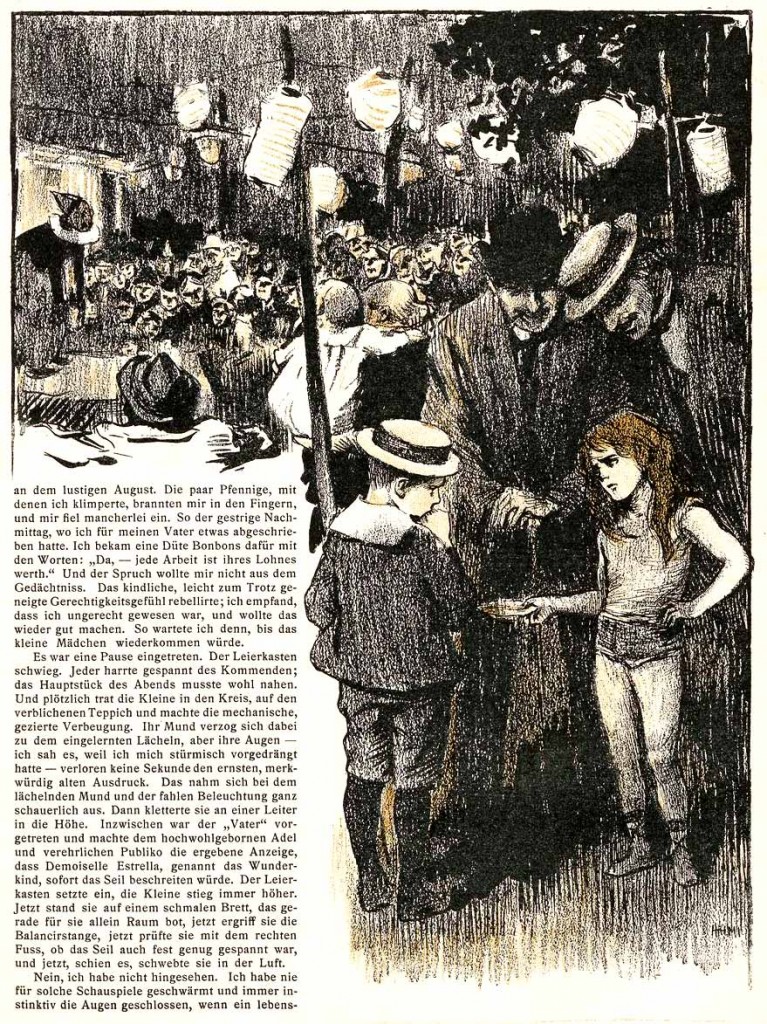 The child in this next image may, in fact, be a little boy. How do I know that, you ask? Well, the clue comes from the title of the piece. ‘Sein’ is generally a masculine pronoun; ergo, the title is probably His Dog although it may also be Its Dog (‘It’ referring to a child of undetermined gender), but that’s unlikely. I posted this to point out that, prior to school age, very small children of both sexes were often dressed in clothing that we would consider very frilly and feminine today. Infant and toddler boys and girls both wore dresses, and there was a simple reason for this: they weren’t potty trained yet, and so it was functional to keep their bottoms fairly unencumbered and easily accessible to their mothers or nurses. 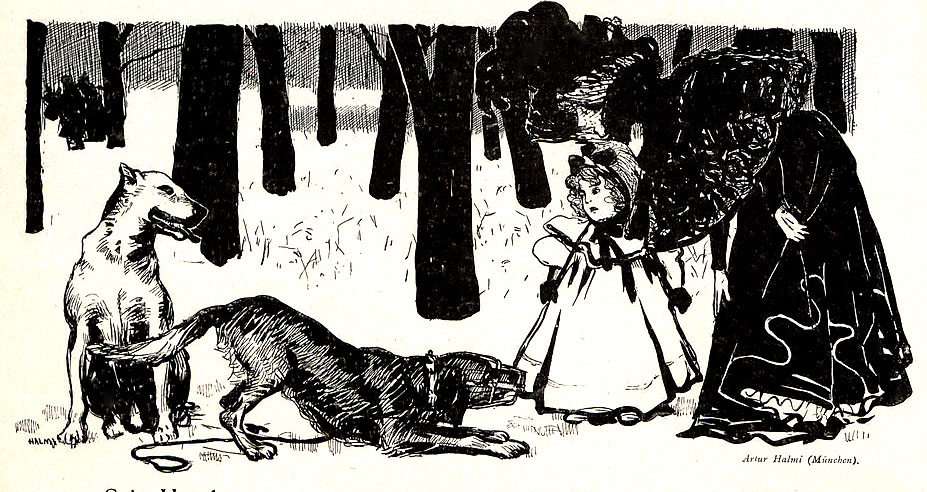