Heinrich Zille’s work has begun to show up in the issues of Jugend from the first decade of the 20th century, although he is mostly known for his later Weimar Republic-era illustrations, much of which satirized inner city Berliners, particularly the poor residents of tenement buildings.  Children were a frequent subject (target?) of his sharp eye, and sans its satirical context many of these drawings come across as . . . problematic.

Despite the fact that Zille tended to satirize them, the German commoners respected and admired him, for they saw him as a voice that communicated their plight in pictures to the rich and powerful.  He might’ve been a little crude, but that only made him all the more like them.  And these children, in their casually bared behinds or unconsciously flashed pantiless thighs, were seen as a reflection of the carefree spirit of the humble poor rather than as debased and immoral, part of the growing consciousness in and towards the working classes taking root throughout Western civilization. 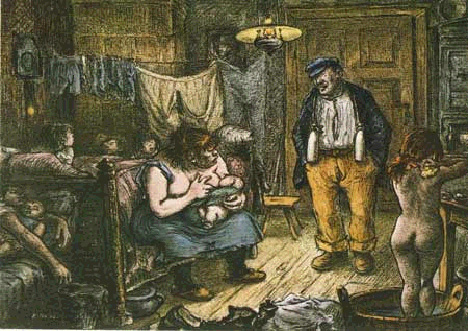 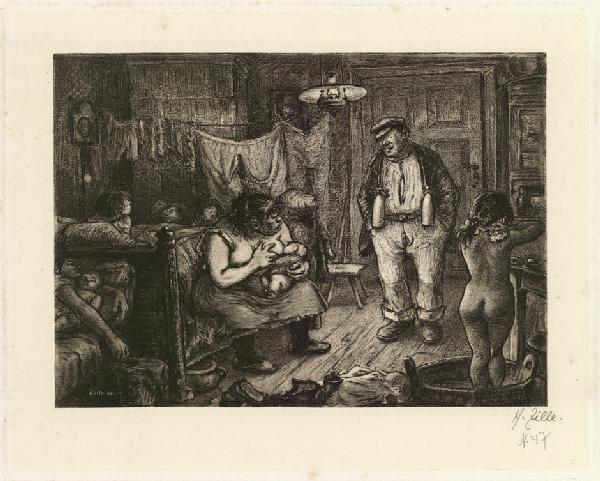 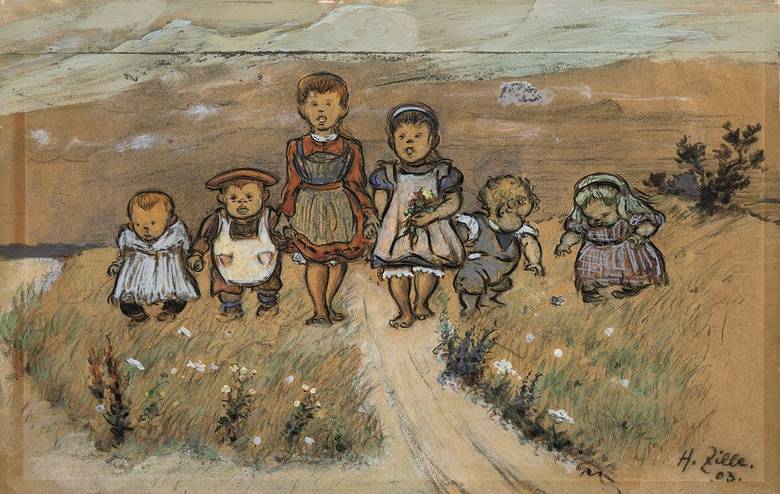 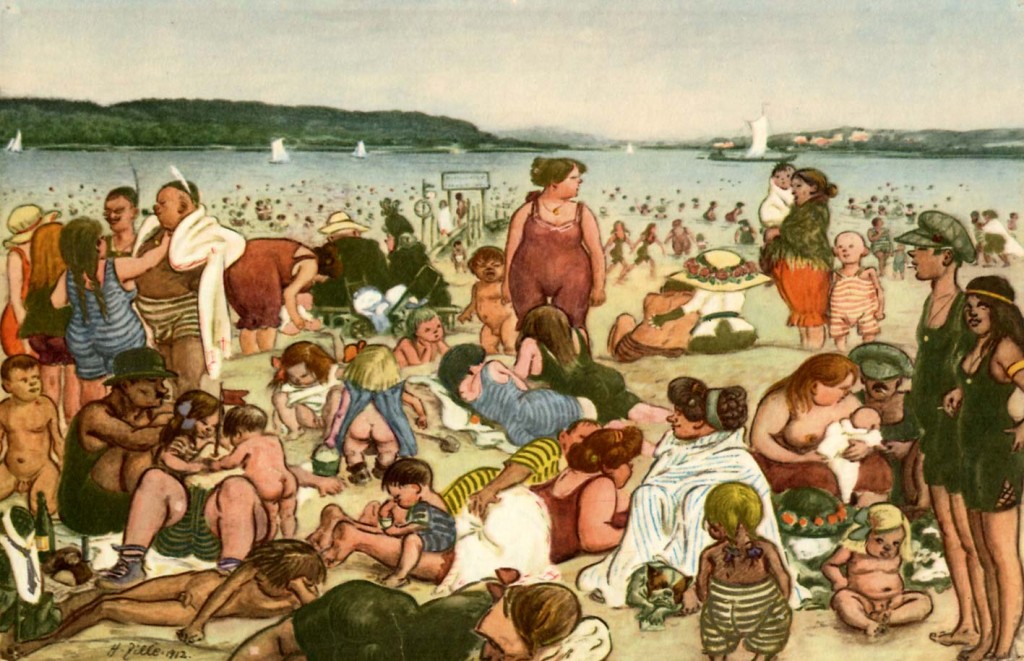 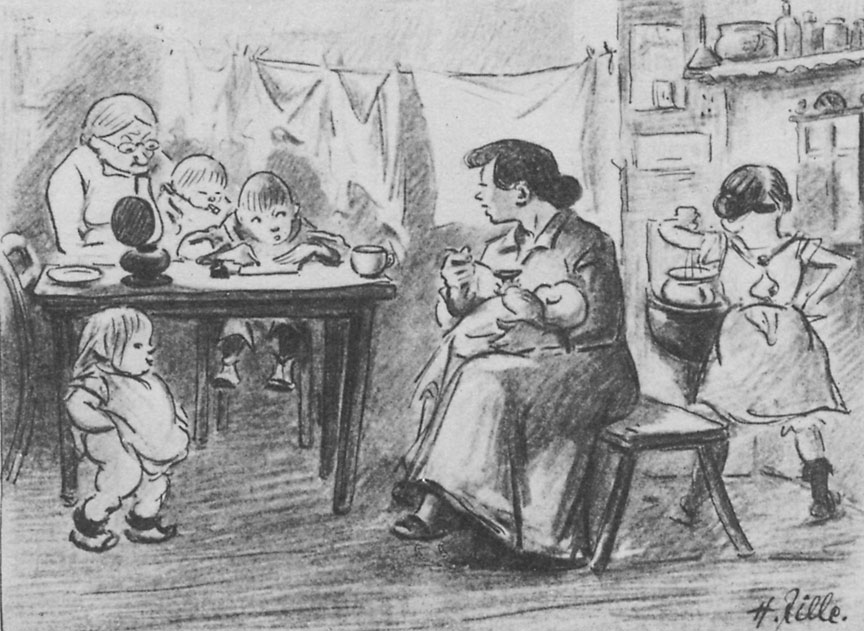 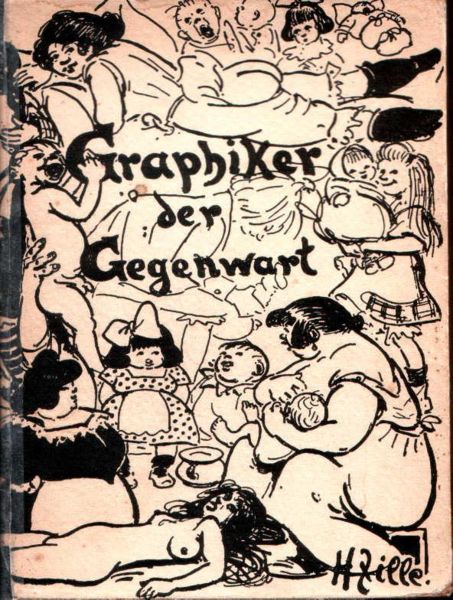 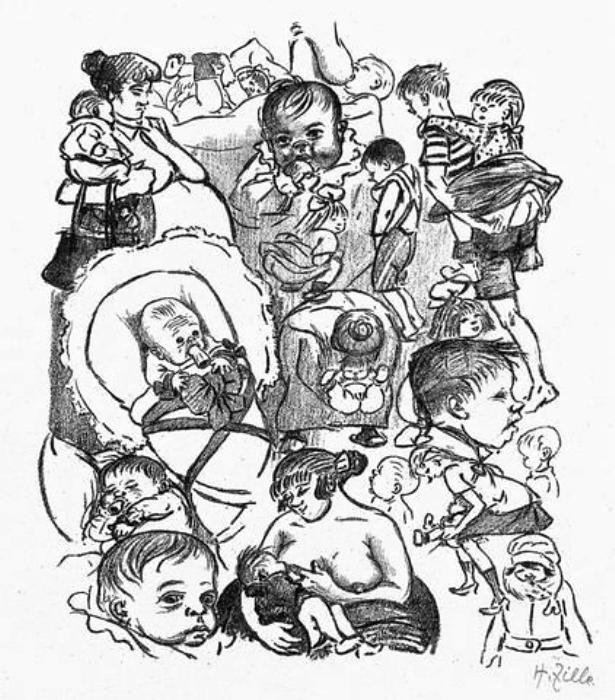 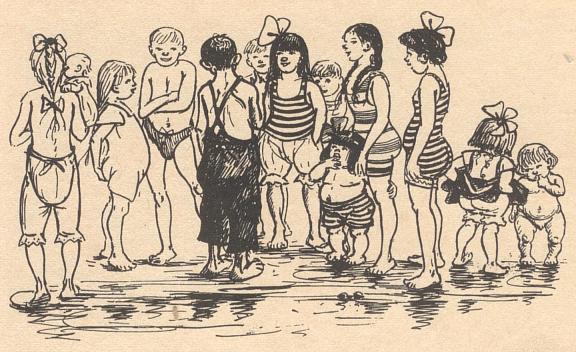 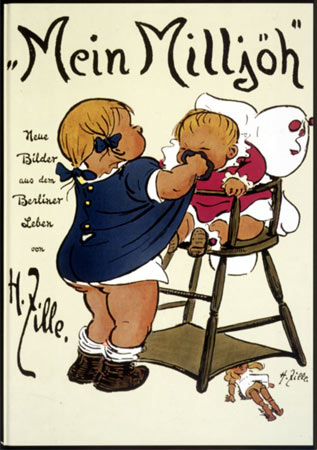 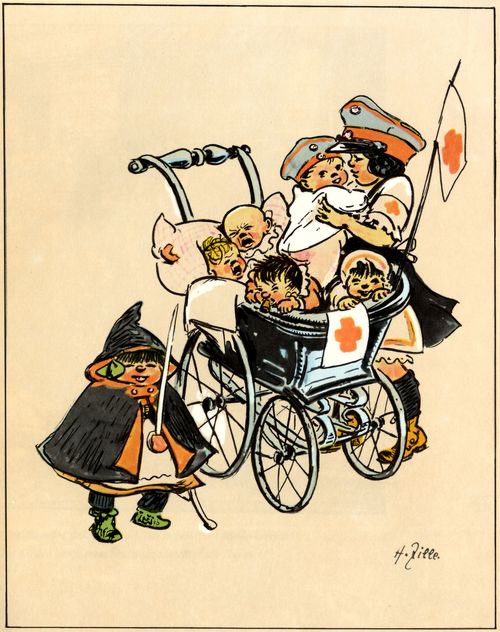 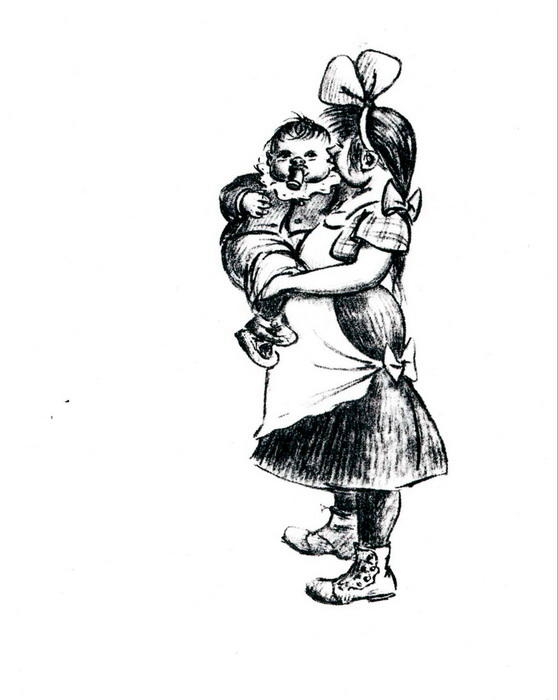 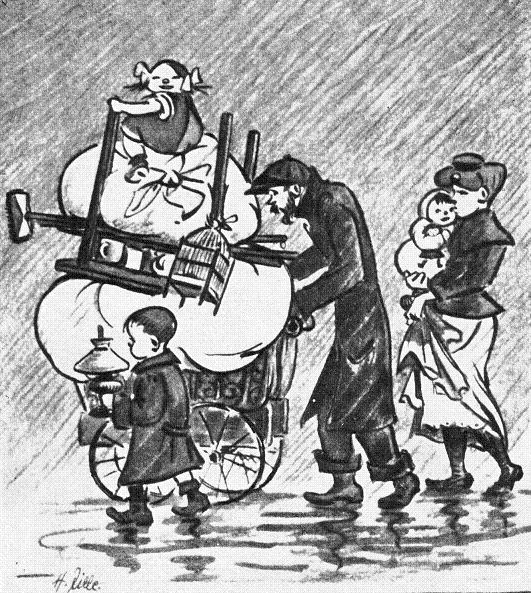 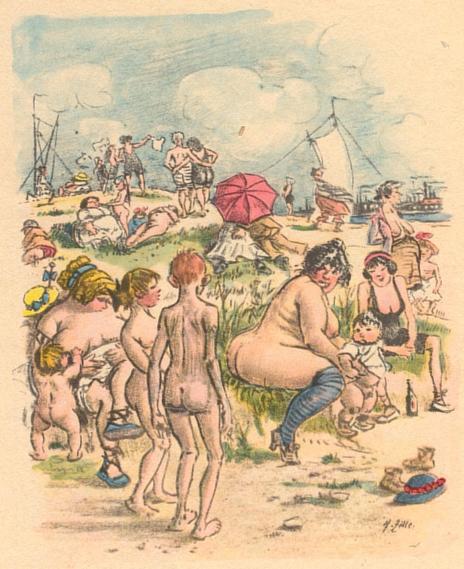 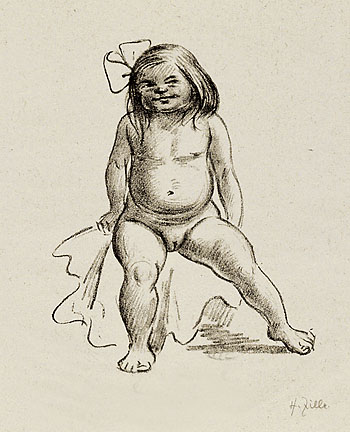 This drawing is particularly troublesome. One doesn’t immediately notice that the girls aren’t wearing any knickers, but it soon becomes apparent. No doubt this was one of Zille’s jokes, but in this case it does give a different impression of the girls than one would otherwise get. Given that they are otherwise fully dressed, it seems almost intentional. Child prostitution was, of course, not unheard of at the time; indeed, Berlin was a hotbed of it well into the 20th century. The word ‘Gören’ is an insulting term for girls, akin to the English word ‘brats’ but specifically feminine–could it have also had an alternate definition? 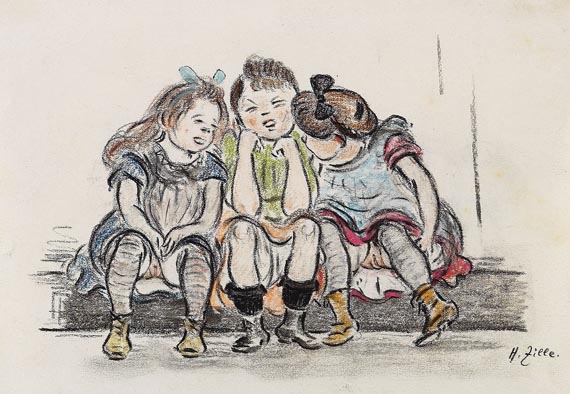