Throbbing Gristle – D.o.A – The Third and Final Report of Throbbing Gristle: Throbbing Gristle is a peculiar band.  They were innovative in many ways–one of the first real industrial/noise bands as well as an art rock group, they began as a performance art troupe that evolved into a musical act.  They were also incredibly dark both aesthetically and musically when they began in the mid to late ’70s, a time when the prevailing pop sound and aesthetic was more about being flashy and vapid and feeling good.  Throbbing Gristle was an utter contradiction to the zeitgeist of the era.

D.o.A was an early album by the band.  The first thousand pressings included a calendar bearing an image of the little girl from the cover sitting on a bed and stripped to her panties.  Taken in context with the seedy themes of Throbbing Gristle’s music, this image (along with the inset picture of the girl lying with her dress pulled up), which might otherwise be viewed as quite innocent, takes on a whole other meaning. 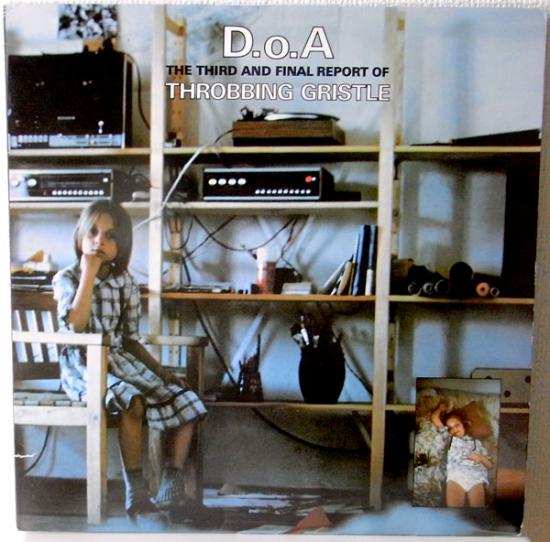 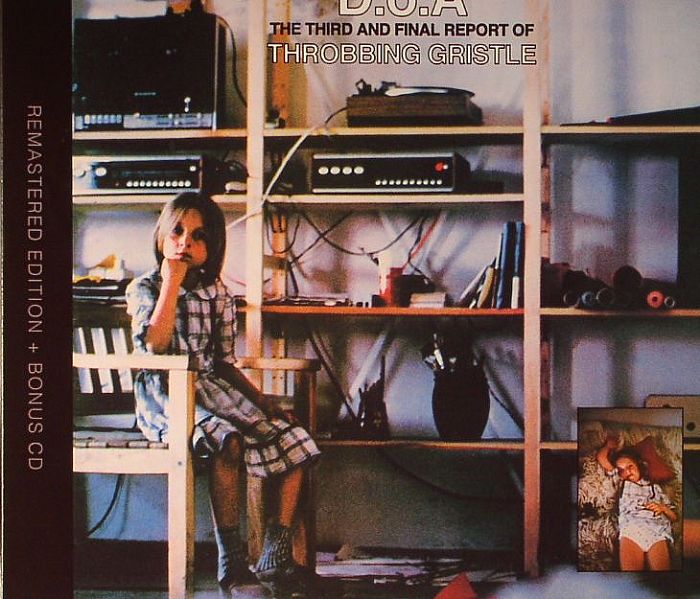 In these two images the calendar can be seen; I wish I had a larger one to show you.  Perhaps someone out there has a scan of the calendar? 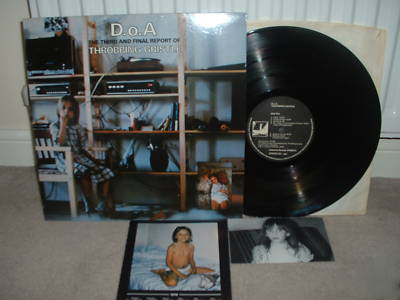 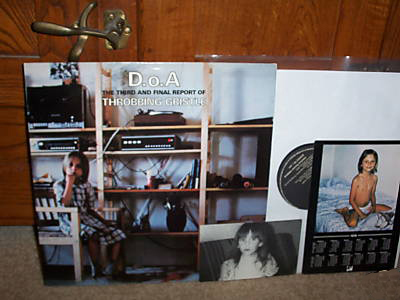 Some pressings apparently had an alternate cover as well in which the inset photo was changed.  She looks to be topless in it too. 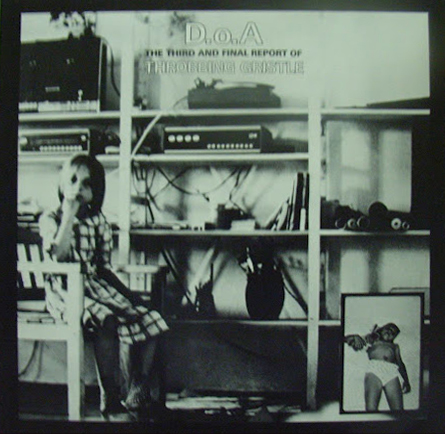