Sir Thomas Beecham; The Royal Philharmonic Orchestra – Nutcracker Suite: I thought about saving this one until Christmas, as I could probably dig up more Nutcracker album art on the web, but what the hey.  We are approaching the end of the album cover posts.  I have a couple more for RIotD and seven or eight larger posts, and that will be the end of the album art series.

Beecham was one of the great conductors of the twentieth century, the founder of both the London Philharmonic Orchestra and the Royal Philharmonic Orchestra, the latter of which he recorded this album with.  This would’ve been recorded late in his career–sometime in the 1950s.  If you like classical music, you can hear Beecham’s performance of The Nutcracker Suite here. 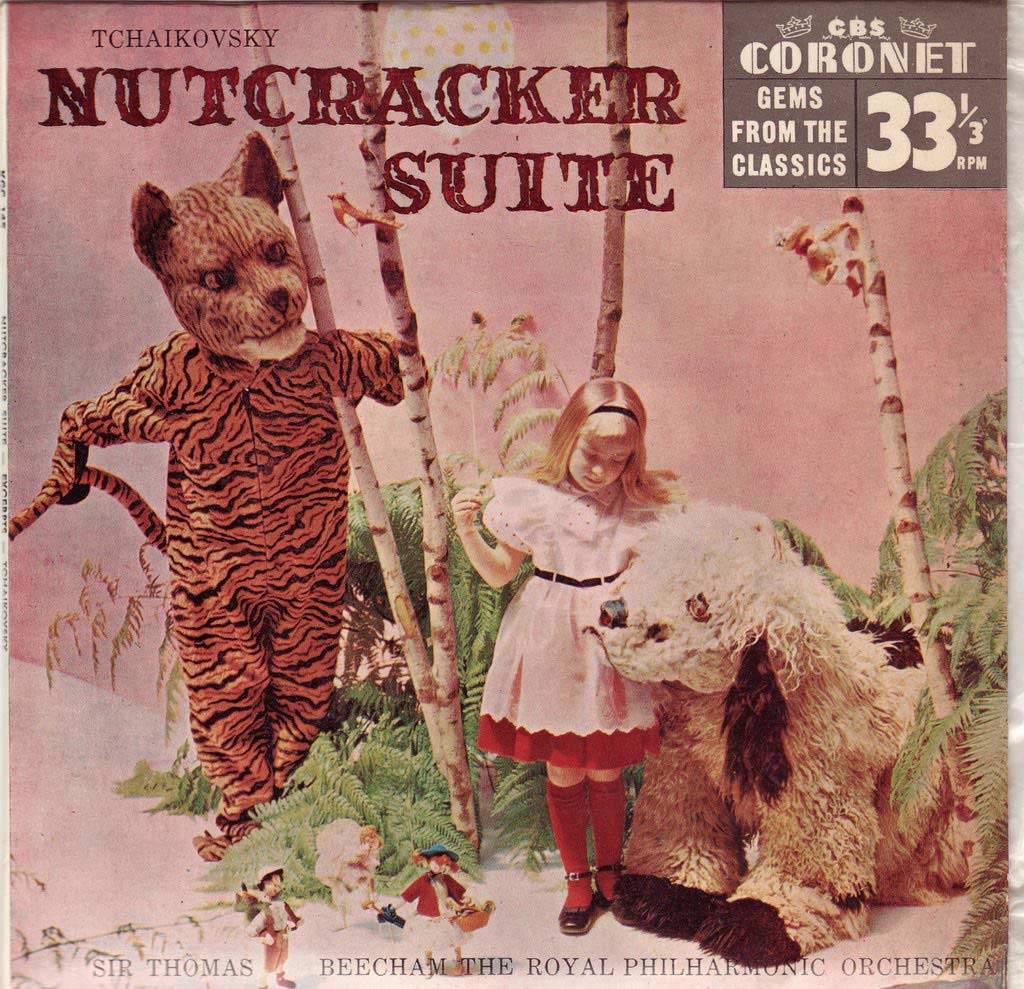