Korn is a metal band that started in the ’90s.  It was both an early example of, and a huge influence on, the nu-metal movement.  I’m not a fan of nu-metal in general, but I did like Korn back in the day.  I bought their eponymous first album right around the time Shoots and Ladders was getting heavy rotation on MTV and got all the subsequent albums through Untouchables, at which point they were becoming stale and derivative.  The running theme through Korn’s album covers has been child abuse, and as such many of them feature little girls.

This is the cover for their self-titled debut album.  The back cover features the same swing set from the same camera angle and is thus nearly identical to the front, with the exception that the girl is gone, as is the man’s shadow (suggesting an abduction). 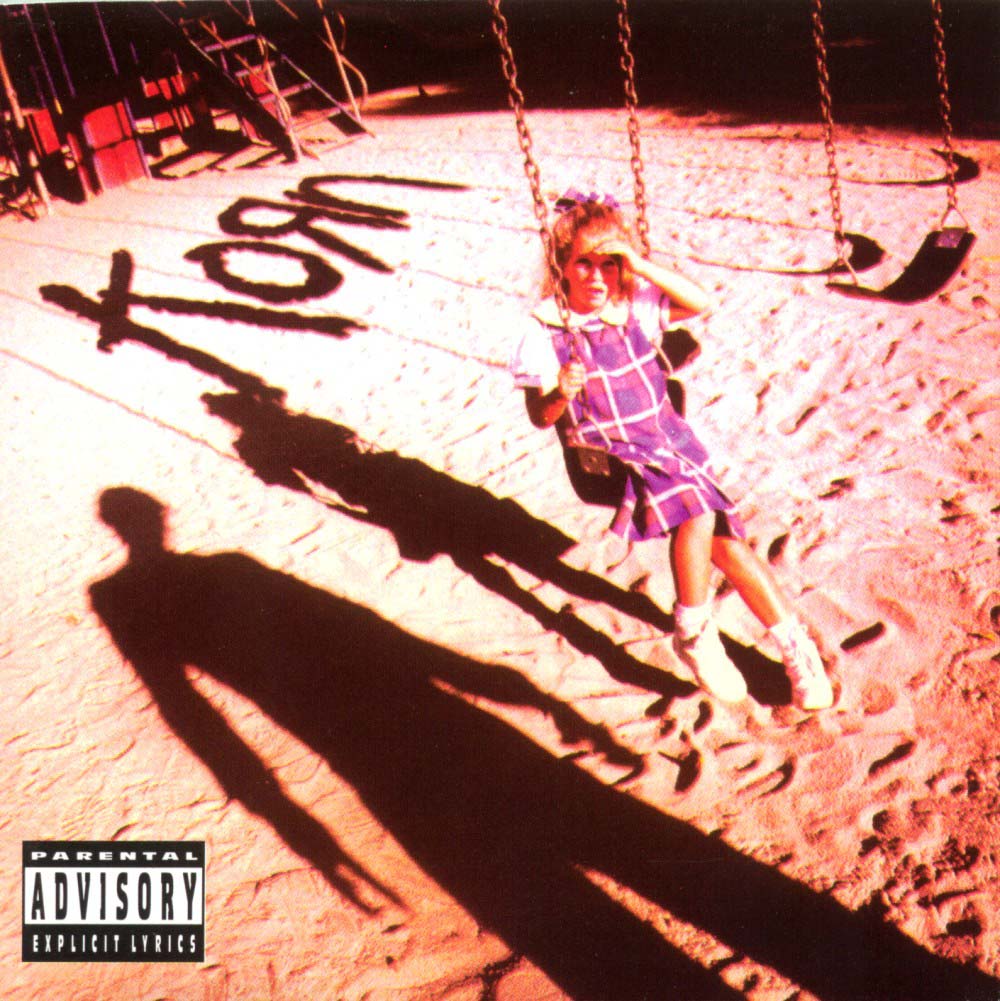 The band’s second album, Life is Peachy, features a little boy, so we’ll skip to the next one. Follow the Leader is notable for the fact that the album art was created by comic book artists Greg Capullo and Todd McFarlane. There’s also a spectacular music video for the single “Freak on a Leash” (directed by McFarlane) in which the little girl in red plays a central part. 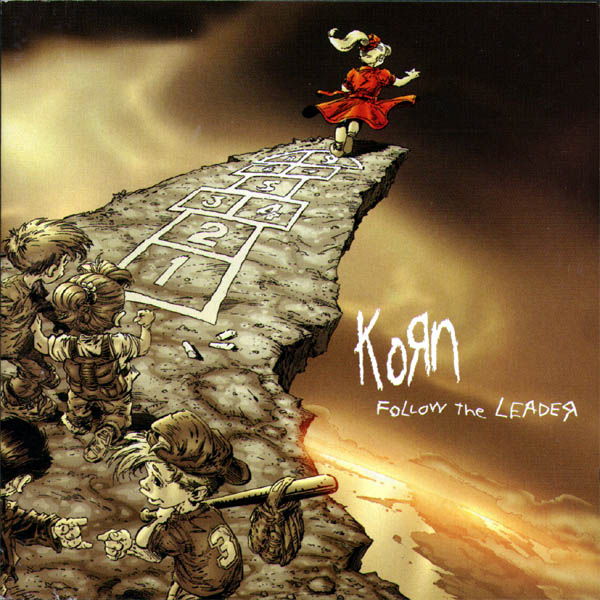 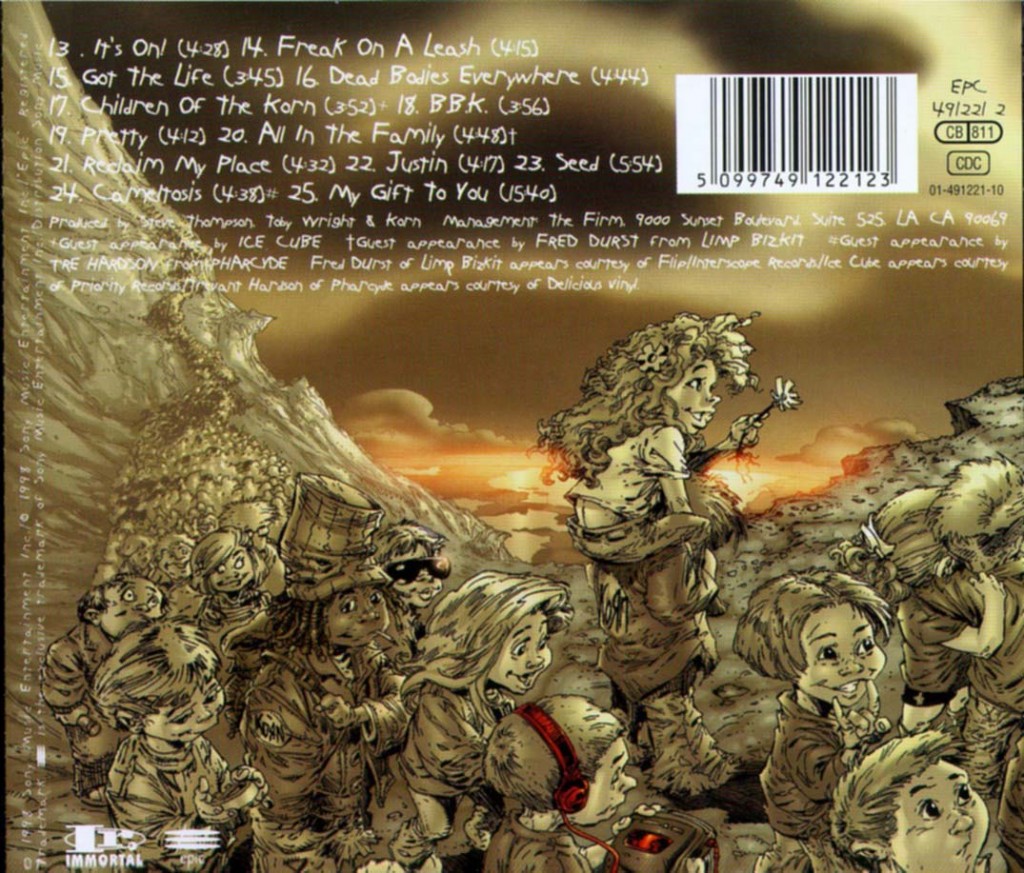 For the fourth album, Issues, the band held a contest to allow their fans to create the cover, and of all the submissions, four were chosen to be the album’s actual cover. Again, all of the covers are thematically linked to child abuse, though only the 2nd place winning cover has an actual young girl on it. 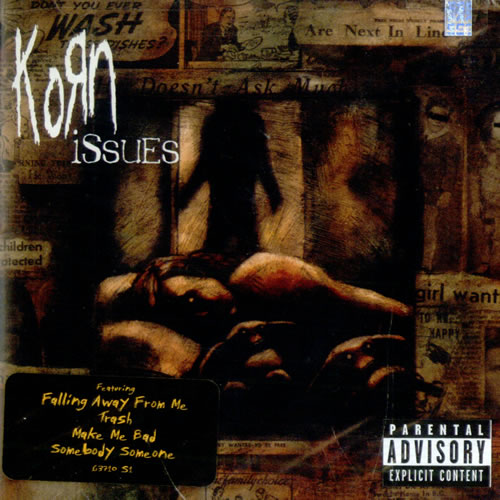 The fifth album, Untouchables, features a group of rough-looking and clearly abused children. 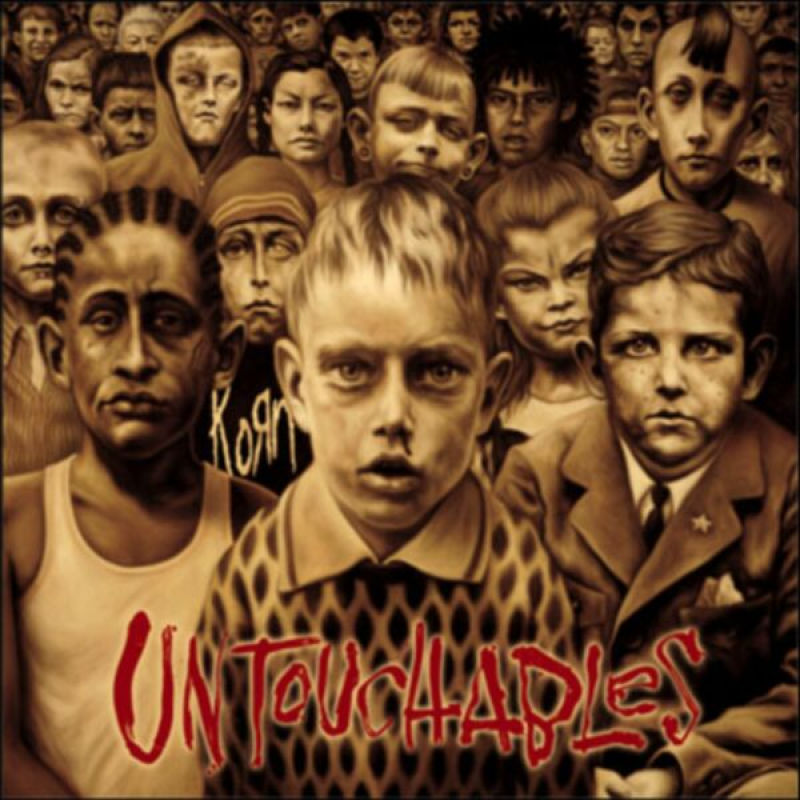 Five more albums have been released since Untouchables, but only one of them, Korn III: Remember Who You Are, has a little girl on the cover. And once again, the album art hints at something sinister. 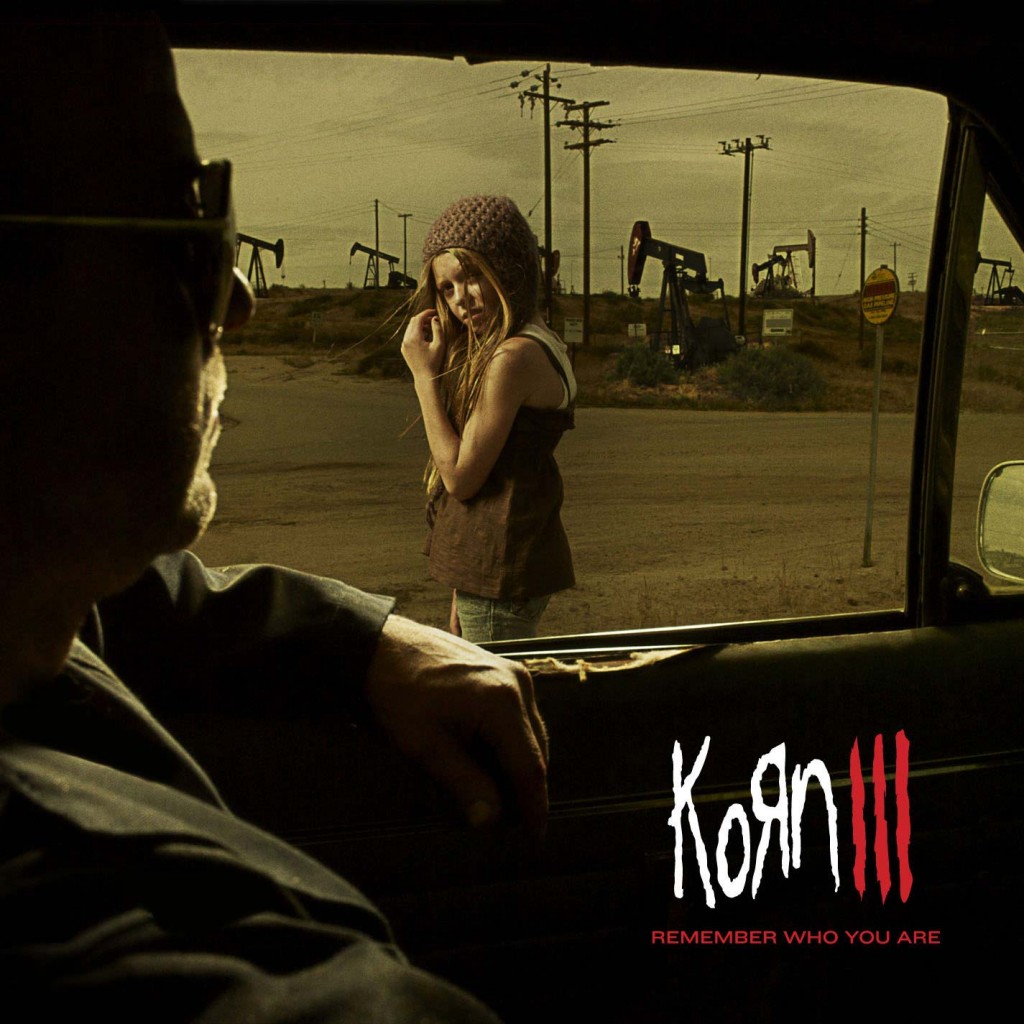 Korn – Korn III: Remember Who You Are (cover)