I know the day’s almost over (at least for me) but I’m going to post this as an RIotD anyway.

Hawthorne Heights – The Silence in Black and White: I don’t know much about this band, other than that it’s an emo band and this was their debut album.  Emo isn’t really my thing so I have never listened to this, but the cover struck me as interesting.  It reminds me of those Victorian photos that have hand-tinted elements, which I’m sure is intentional, although this one adds a dark twist with the shadowy sky and lens distortion.  The setting looks suburban and subtly disturbing, a bit David Lynchian. 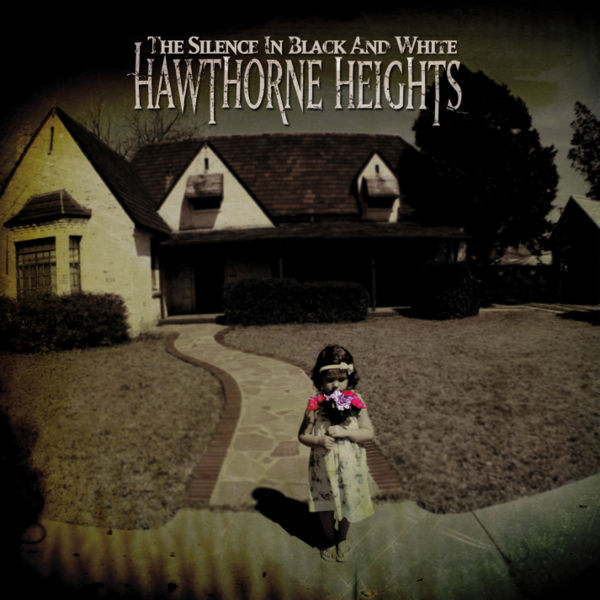 Hawthorne Heights – The Silence in Black and White (cover)