Another Jugend artist, this time a French one.  Gustave-Henri Jossot’s style was a simple kind of art nouveau, with bold lines and colors.  Frequently it was cartoonish, as in this piece.  When he took a more serious tack, his work was strikingly vibrant and rich, sometimes resembling stained glass windows.  Although an Islamic convert, Jossot was a progressive thinker and sharp critic of the status quo of early twentieth century Europe.  He was certainly no fan of the Catholic church, as the following cartoon demonstrates.  The caption bellow the picture is a quote from the book of Romans in the Bible, chapter 16, and is the second half of verse 18 (bolded below).  In order to understand the context, though, you’ll need verses 17 and 18 in toto:

17: Now I beseech you, brethren, mark them which cause divisions and offences contrary to the doctrine which ye have learned; and avoid them.

18: For they that are such serve not our Lord Jesus Christ, but their own belly; and by good words and fair speeches deceive the hearts of the simple.

Jossot is pointing out that many priests use flattery to trick the simpler folks amongst their flock into giving up their hard-earned money to the church. One can well imagine what Jossot would’ve thought of the current sexual abuse scandal revolving around the Catholic church today. 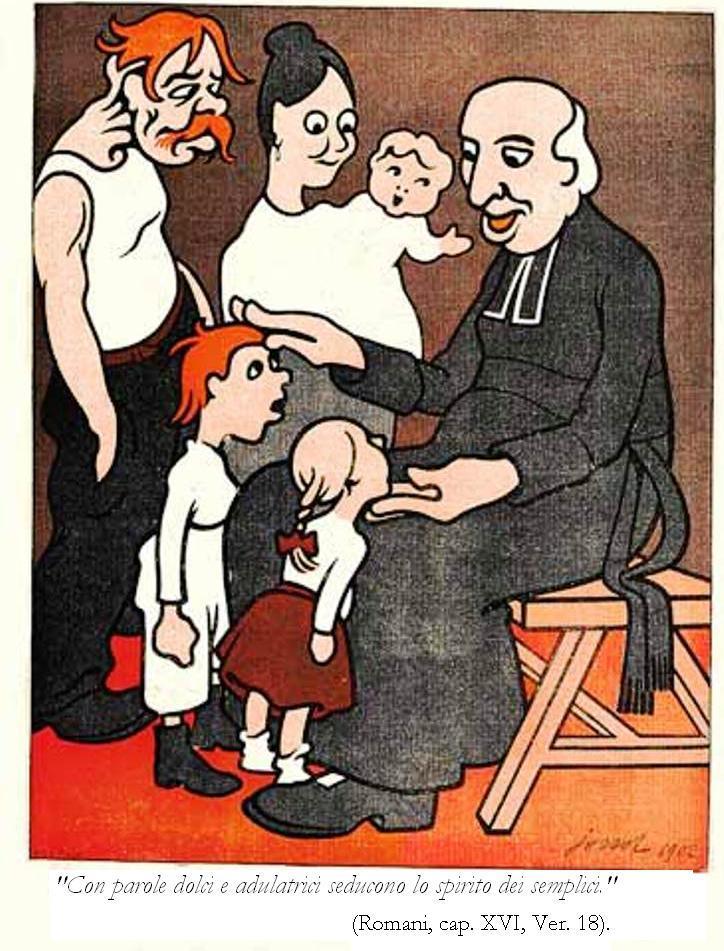