Cheyenne – Money: A fan of the site recommended this one, which I hadn’t seen before, so I thank him for the suggestion.  On the surface level I don’t think we need to dissect this one too much; it’s pretty obvious what’s going on here.  However, one thing I noticed is that the little girl looks like she may be of Native American ancestry, which puts a whole new spin on the concept.  (I’m wondering if the band actually has Native American members, given its name.)  Anyway, one might take the cover as symbolic of how whites treated the Native American population, because in one sense the natives were much too gullible and trusting of the whites, who lured them into giving up their land for a pittance and slaughtered many of them for later protesting this unfair exchange.  I don’t know, maybe I’m reading far too much into this, but it makes sense, doesn’t it?  So, apparently the art director for this was Rens Benerink, but I don’t know if he took the actual photo. 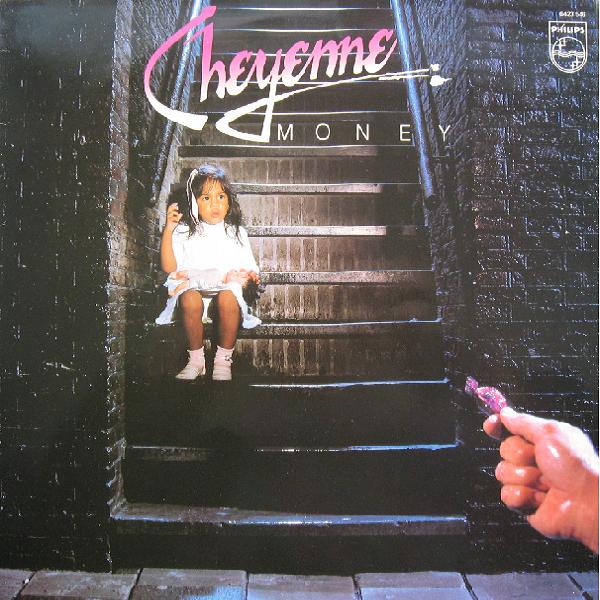