This simply beautiful drawing is by someone named Charlemont, possibly Eduard Charlemont, an Austrian painter.  This makes sense because this drawing was a design for a mural for the ceiling of what was then the Vienna Court Opera (now the Vienna State Opera), and Eduard Charlemont was a muralist as well as a traditional painter. However, it was credited to M. Charlemont, so I’m not sure.  This drawing originally appeared in the Revue des Arts Décoratifs, a French magazine, so the “M.” could very well have meant Monsieur.  Or it could refer to his father, Matthias, who was an artist himself. 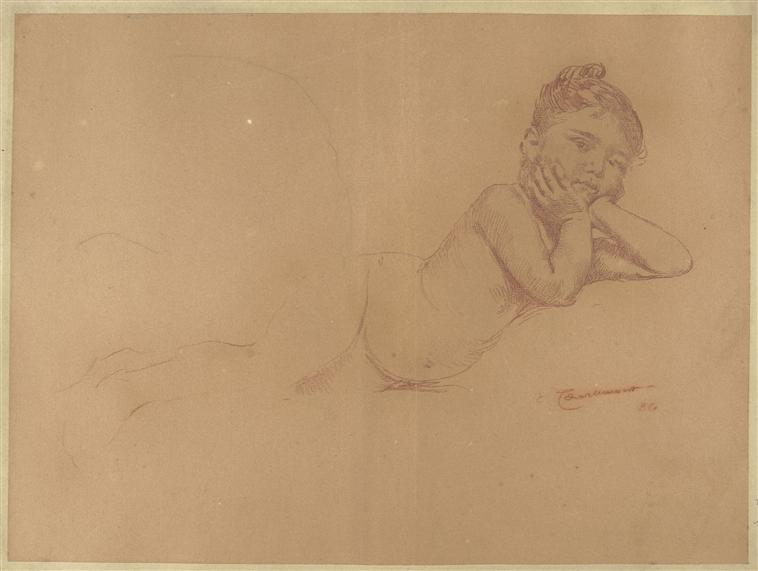 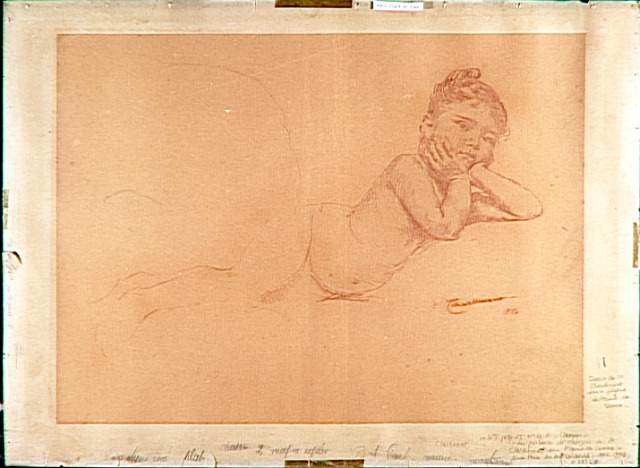 Editorial update (2016/08/19): The drawing appears on page 25 of Volume 8 of Revue des Arts Décoratifs, available both at Gallica and Internet Archive; the article identifies “M. Charlemont” as the author of a famous 1878 painting by Eduard Charlemont, hence it is indeed Eduard, and “M.” stands for “Monsieur.”