Yes’s Yesterdays—here we have a classic cover design by Roger Dean, albeit for the back of the album rather than the front.  Roger Dean is a quintessential science fiction and fantasy artist of the 1970s; I have a couple of his art books in my personal collection.  He designed loads of album covers, including most of the covers for the progressive rock band Yes.

The following image features one of Dean’s famous alien landscapes, but what is unusual about it is that it is one of the few that also contains human (or rather humanoid) figures.  Here we see two naked blue children, a boy and a girl, against a backdrop of fantastical nature. The fact that the boy is pissing adds a touch of whimsy to the scene.  One thing I’d like to add here is that the aesthetic of James Cameron’s film Avatar clearly drew from the work of Roger Dean.  Do you suppose the blue-skinned Na’vi were at all influenced by the blue alien kids on the back of Yesterdays?  I like to think so.  Anyway, there does seem to be something slightly feline about the little girl’s face. 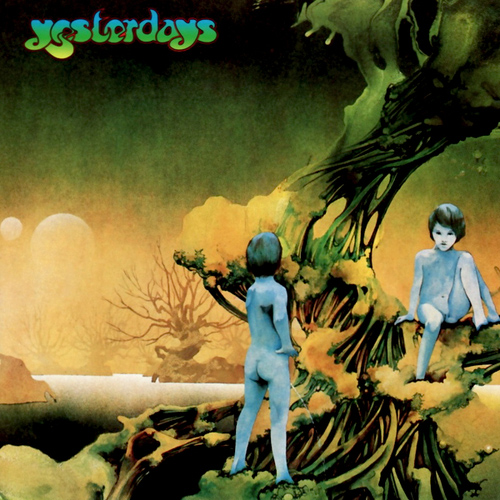 And here is the full original work from which this image was taken: 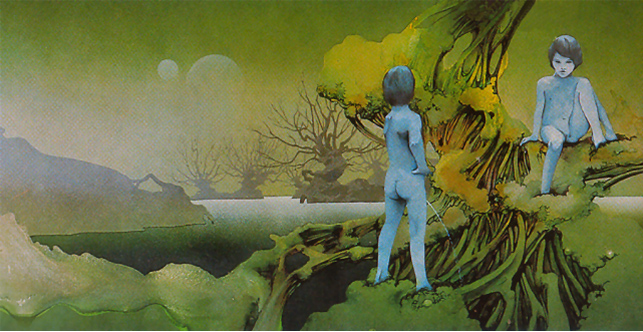 And just for the hell of it, here’s the design for the front of the album: 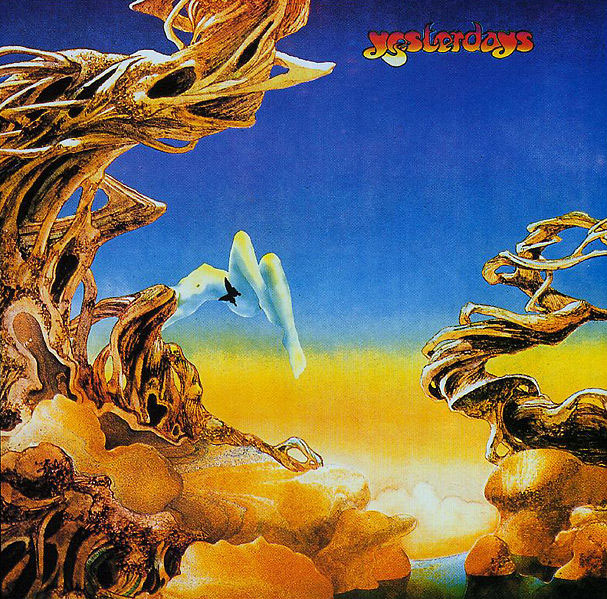 From Hugh Ziegler on March 14, 2012
Roger Dean is one of my favorite artists as well – got all of his collections and a few calendars. This is one of (many!) images that I’d like to get a print of poster of.
And I would be not surprised if this album turned up in James Cameron’s record collection. Not one bit. Nope.
I’ve noticed you haven’t had any mention of Led Zepplin’s Houses of The Holy yet. No rush on this – and I’m sure you are already familiar with it!

From pipstarr72 on March 14, 2012
Oh yes, ‘Houses of the Holy’ is one of my favorite albums ever, and I will certainly be getting to it this month. You might say that I’m saving the best ones for last.