I don’t ordinarily listen to Christian bands, but I do like this one.  I got into King’s X around my early twenties, largely because of this album, their eponymous one.  The song that hooked me was Black Flag, which was getting quite a bit of mainstream radio play at the time.  King’s X is not really a Christian band so much as a band that frequently deals with Christian themes in their music, but they were clearly never hardcore Bible-thumpers.  I had this on cassette for a long time; you might say I was quite late to CDs.  I still have a lot of my old cassettes, all pretty much useless at this point, but what can I say?  They have nostalgic value to me.

The image (of a child beneath a table scrabbling for fallen scraps) is, I believe, a reference to this line in Matthew 7:28: “Yes, Lord,” she replied, “but even the dogs under the table eat the children’s crumbs.”  In this case, however, the “dog” is the child.  I suspect the creator(s) of the image are probably implying something here about child starvation but I am merely hazarding a guess.  It’s a great painting anyway.  I’d love to know who did it. 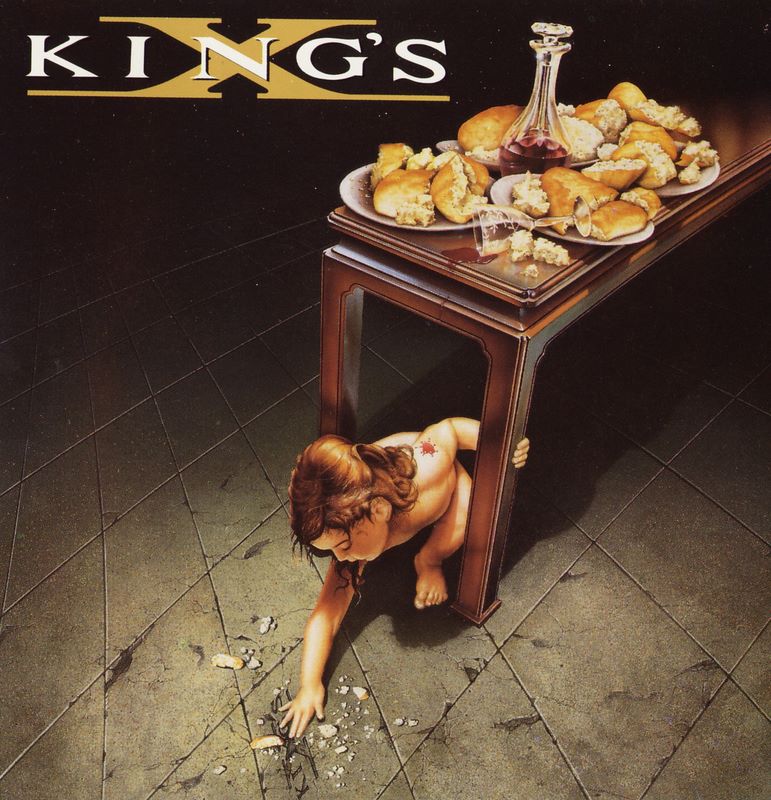