There is literally enough Alice in Wonderland and Alice-related items to fill an entire blog or website in itself, and I’ve even happened upon a few.  So it should come as no surprise to anyone that there are several album covers that feature either direct or indirect nods to Lewis Carroll’s heroine and the fantastic world she found herself in.  Here are the ones I could find online, and no doubt there are many that I’ve missed.  Frequently these are rather dark, though not always.

Annihilator is, as you might expect, a heavy metal band, and they have had more than one reference to Alice both on their album covers and in their lyrics; and these definitely fall on the dark end of the spectrum.  And the young lady on the cover of the first one looks a bit like Kirsten Dunst in Interview with the Vampire, doesn’t she? 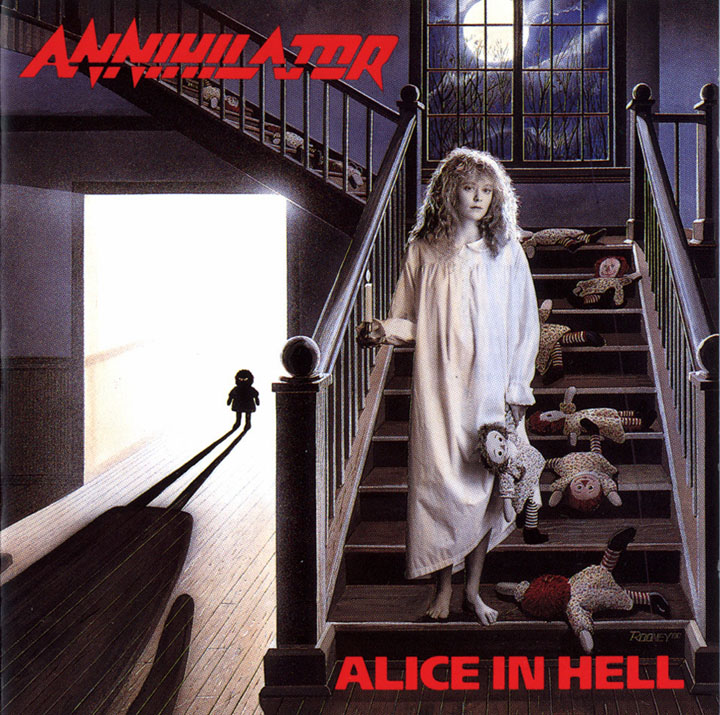 This one manages to reference both Alice in Wonderland and Peter Pan: 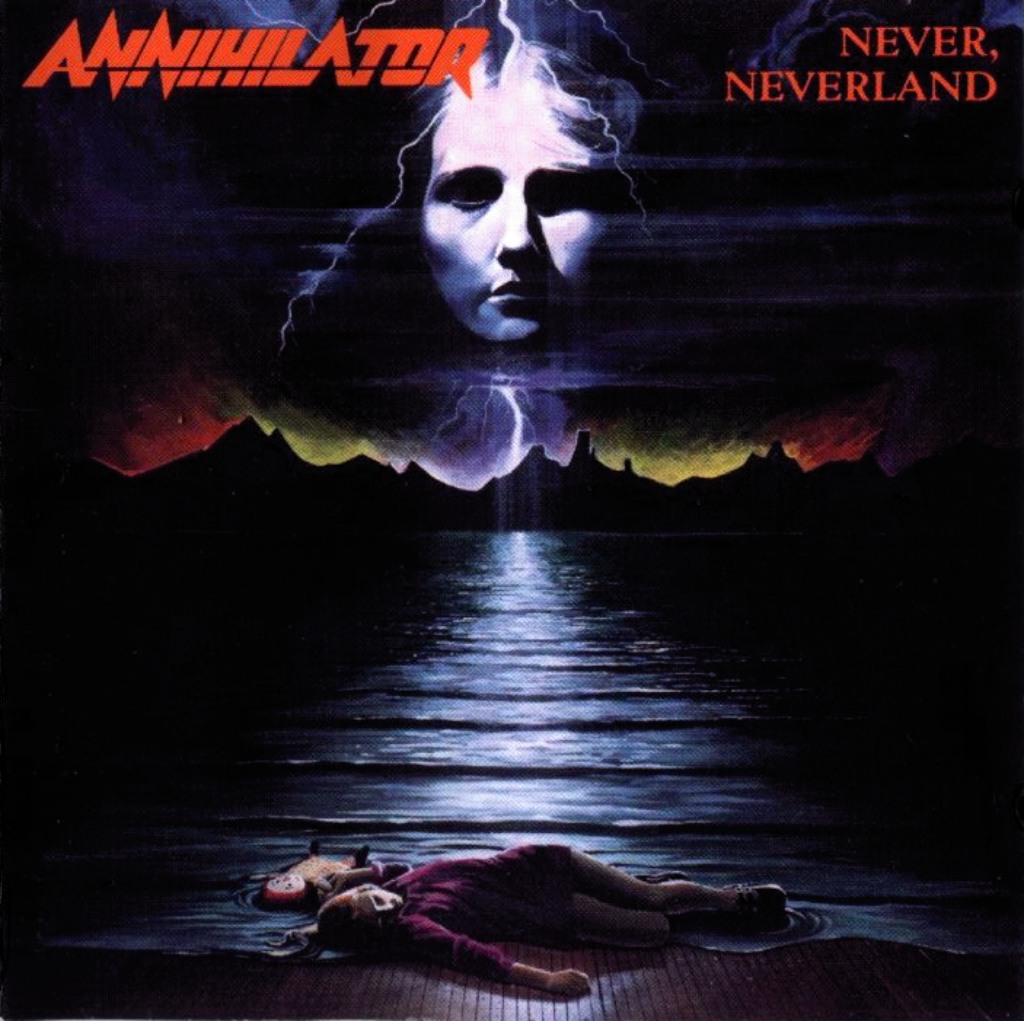 Buck-Tick is a weird Japanese band (I know, I know, that’s almost redundant) and apparently their song “Alice in Wonder Underground” was released as a single.  It has a music video which also plays with Alice symbolism, and some images which technically aren’t cover art (at least, I don’t think so) but are associated with the single somehow.  If I could read Japanese I’d be able to find out for sure. 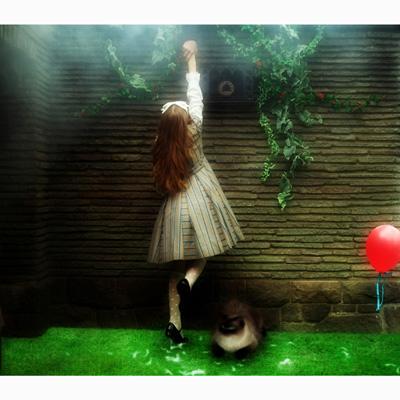 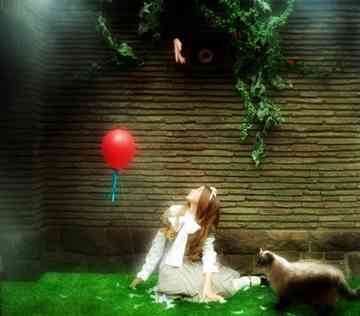 The following album by the jazz band David Hazeltine Trio is called Alice in Wonderland, though the cover references the story only vaguely and obliquely.  The nude female on the cover, seen from the back, is probably an adult, but the size and style of her hair makes it difficult to judge her age, so the cover is going up here.  I rather like the image anyway.

Edit: I have since discovered that this is a Jan Saudek photo. 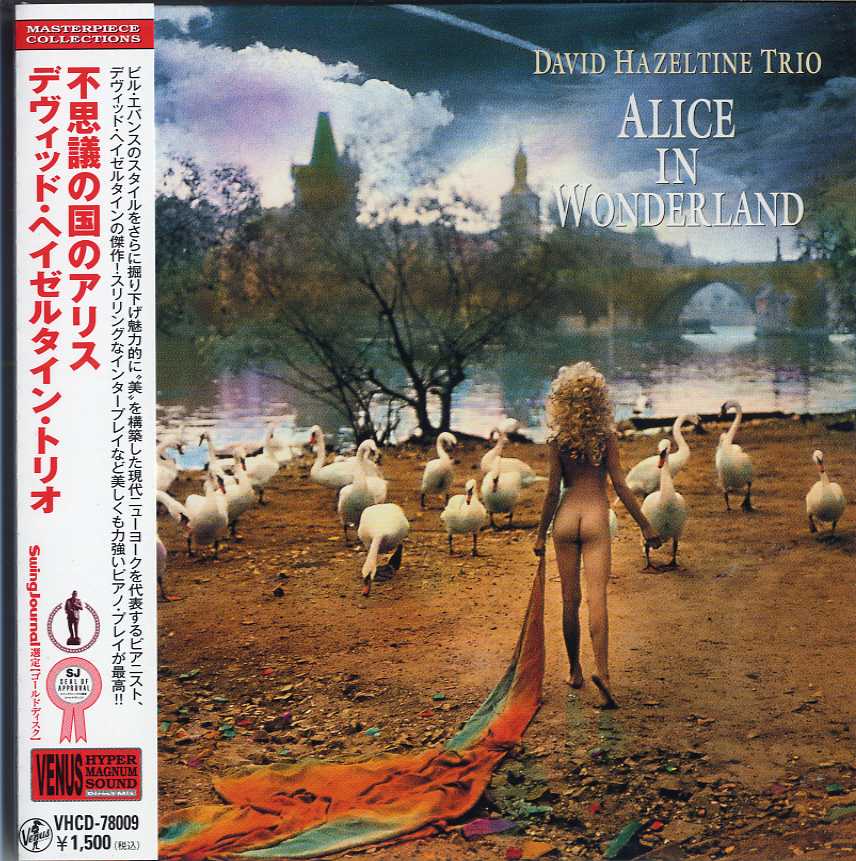 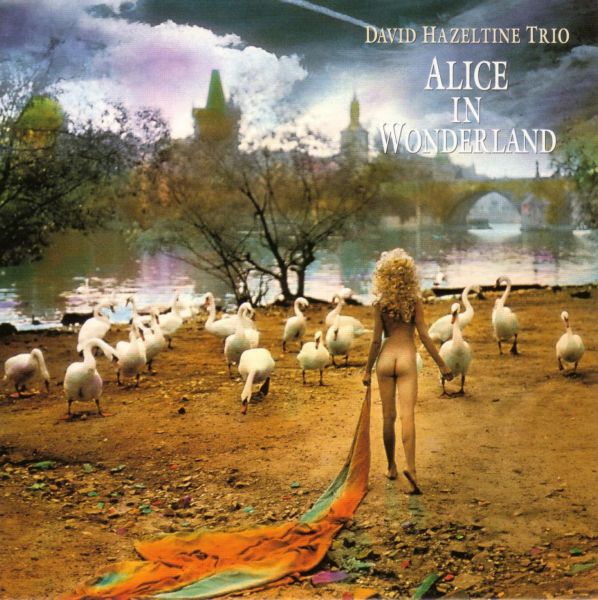 John Entwistle started out as the bassist for The Who, but he also released several solo albums, including arguably his best one, Whistle Rhymes.  Among the musicians who contributed to the album was the then-relatively unknown Peter Frampton.  The album’s cover art without a doubt draws on Alice in Wonderland: a little girl in Victorian dress is seen wandering through woods inhabited by anthropomorphic animals, most of which show up in the Alice books (mice, hedgehogs, and a turtle.) 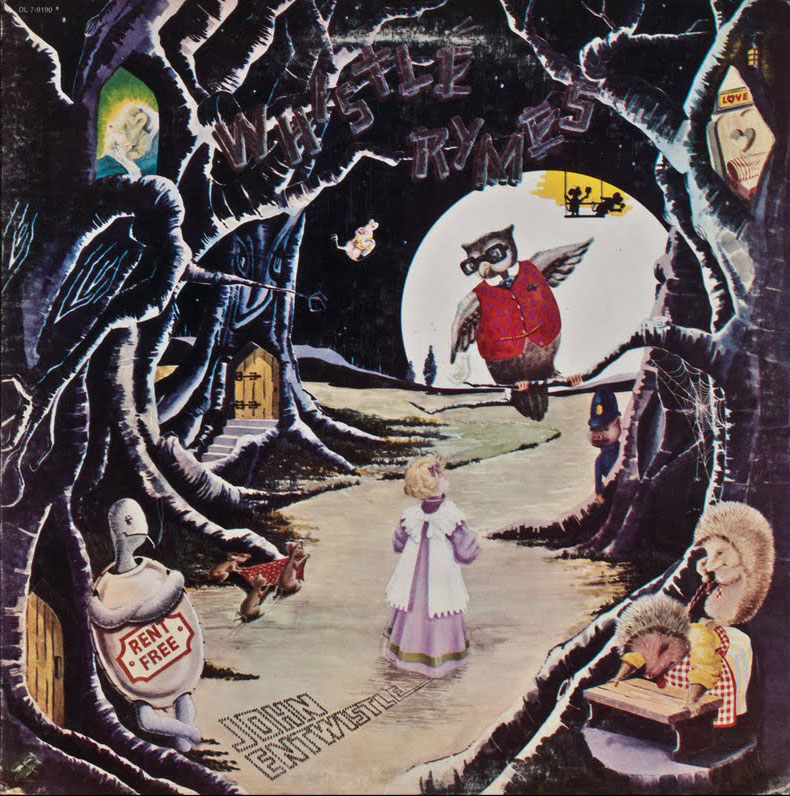 The John Entwistle Foundation [This site is now restricted] 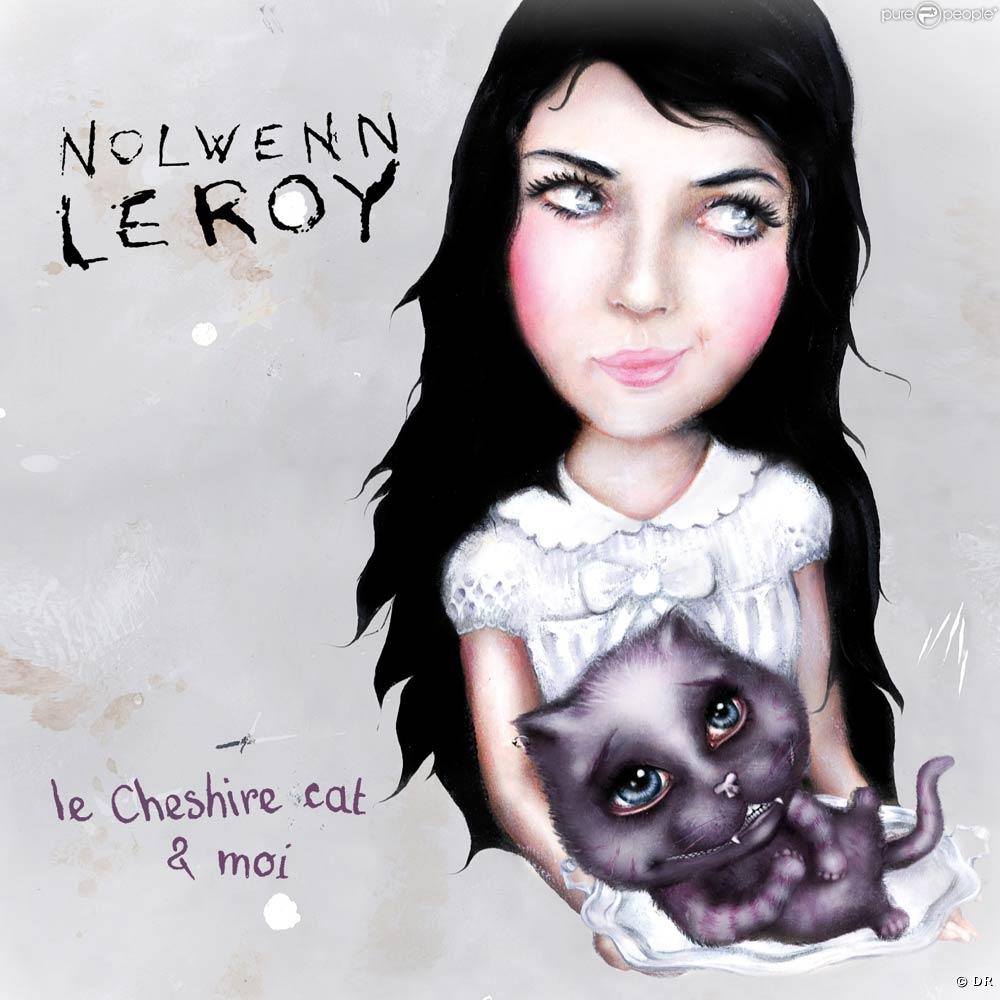 Here’s another one with a dark theme. Paice, Ashton & Lord consisted of two former members of Deep Purple—Ian Paice and Jon Lord—Tony Ashton, Paul Martinez and Bernie Marsden. Malice in Wonderland was their only studio album.  This image is in fact from a Graham Ovenden-illustrated version of Alice. 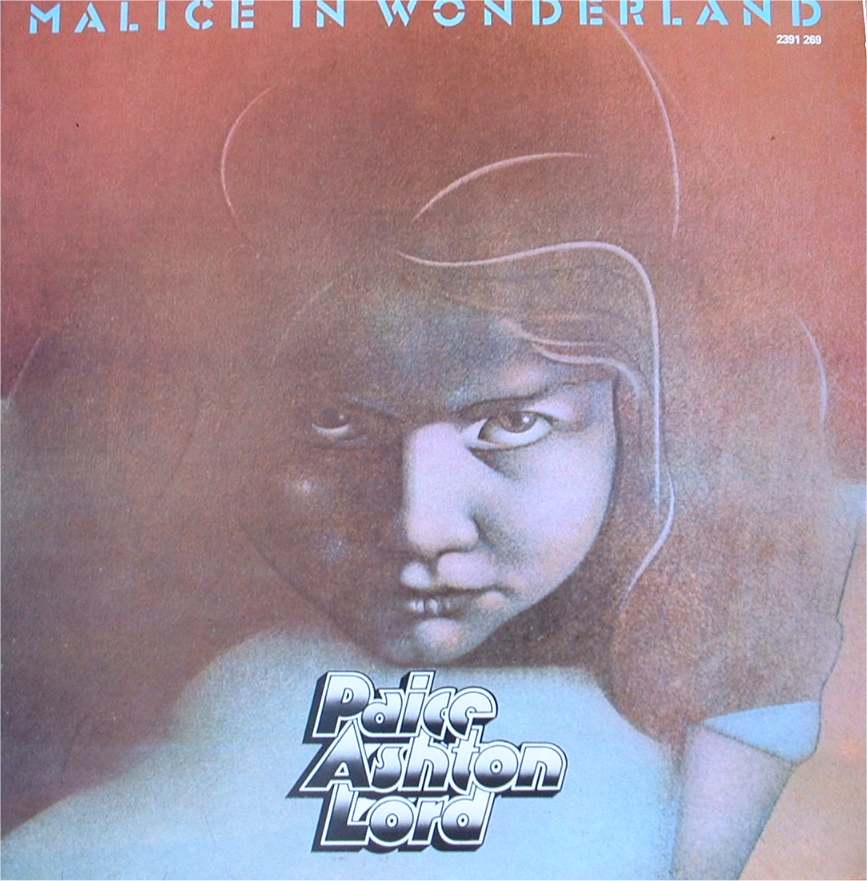 The image for the above cover is from one of Graham Ovenden’s illustrations for Alice’s Adventures in Wonderland (1969/70).  The image was published in his monograph published by Academy Editions in 1987. -Ron

I know very little about Randy Greif or this album, other than that it was considered quite tedious and pretentious by the author of the single review of it I read; take that for whatever it’s worth. The cover has little to do with the original source material, but it does have an image of a young girl on it. 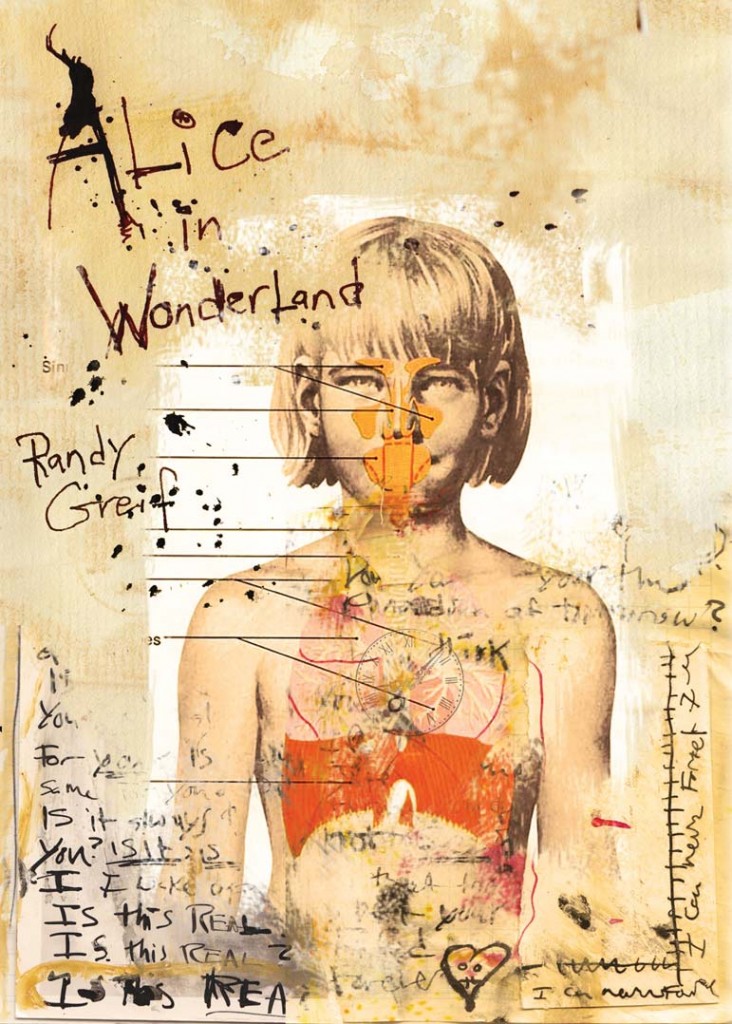 Finally we get to a band I really love—Screaming Trees! Not only is this a great grunge band, this creepy album cover was created by one of my favorite artists, Mark Ryden (we’ll see more of him here very soon, I promise.) Awesome. 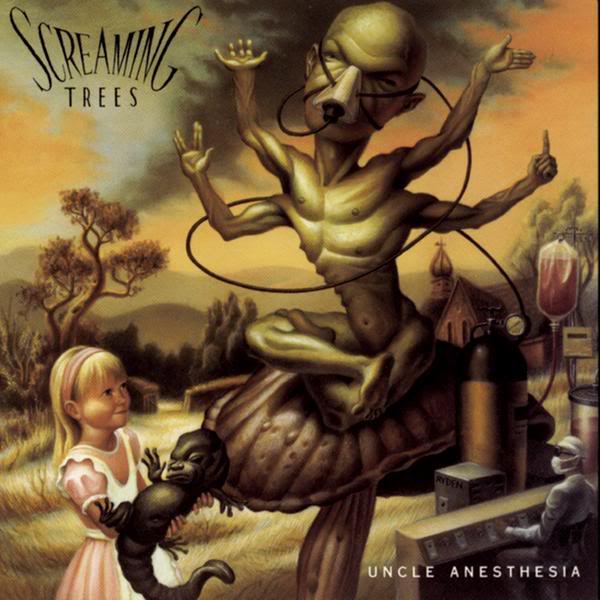 Goth band The Birthday Massacre has drawn heavily on the Alice in Wonderland mythos both lyrically and aesthetically. The following covers reference Alice to varying degrees. 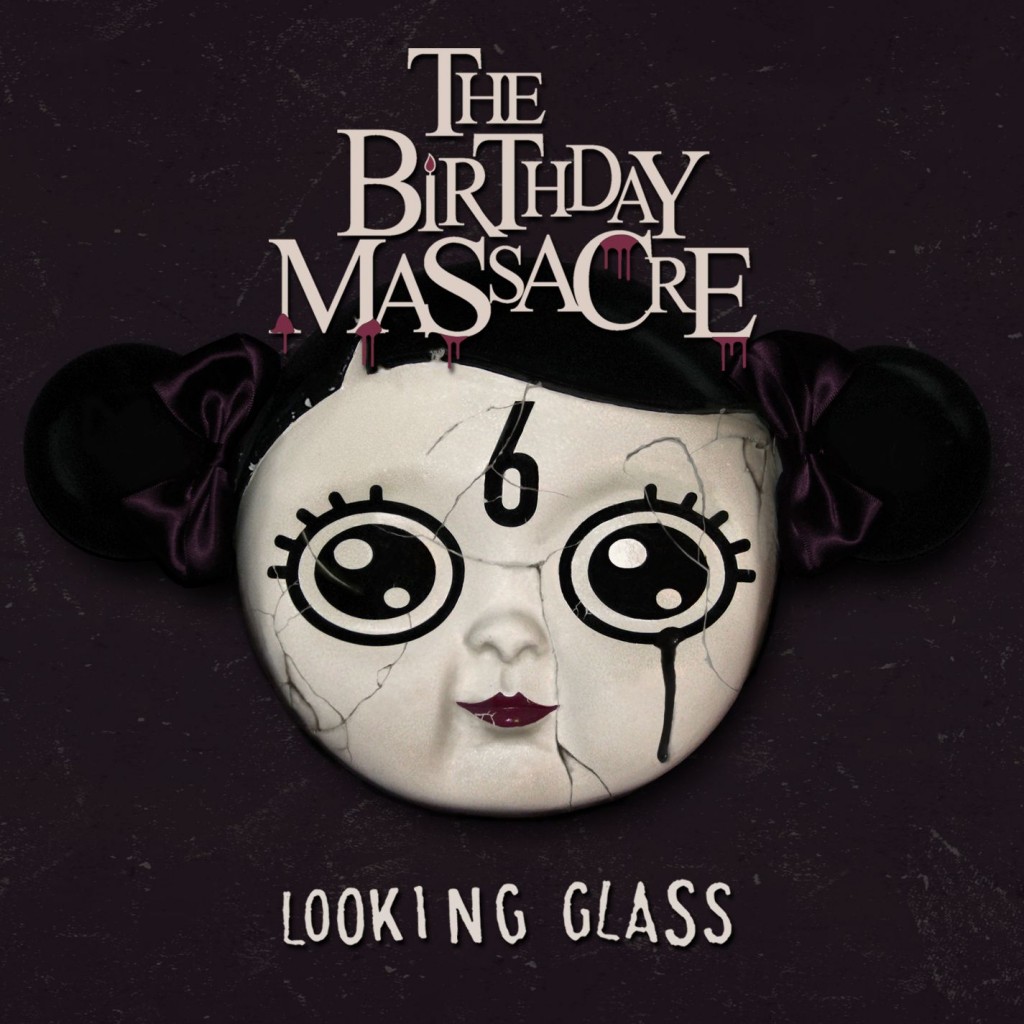 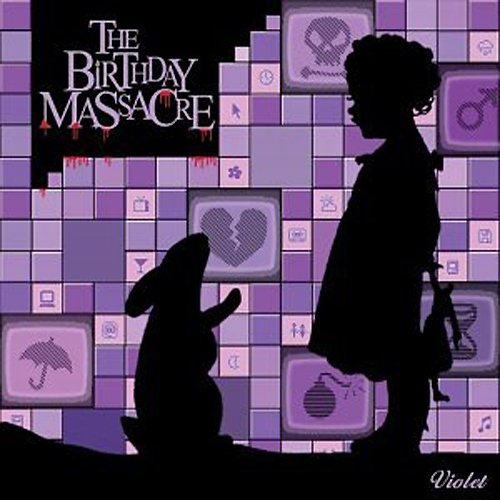 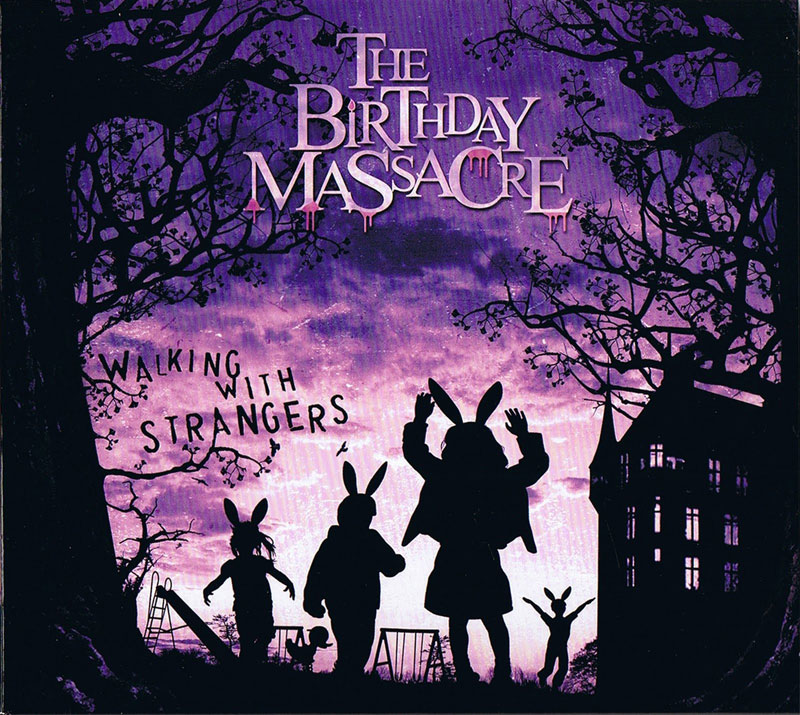 Finally, we have the cover for an actual audio recording of Alice’s Adventures in Wonderland, produced by Voices in the Wind Audio Theatre. 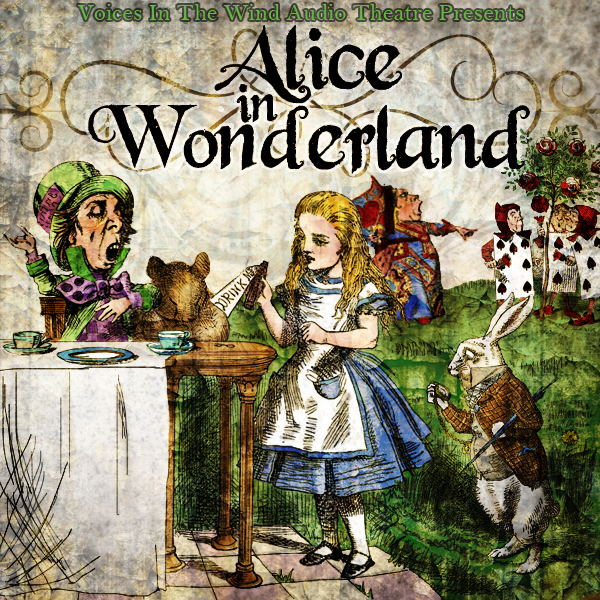 Voices in the Wind Audio Theatre

Edit: the following was included at the suggestion of a commenter and is thus a late edition to the article. – Pip 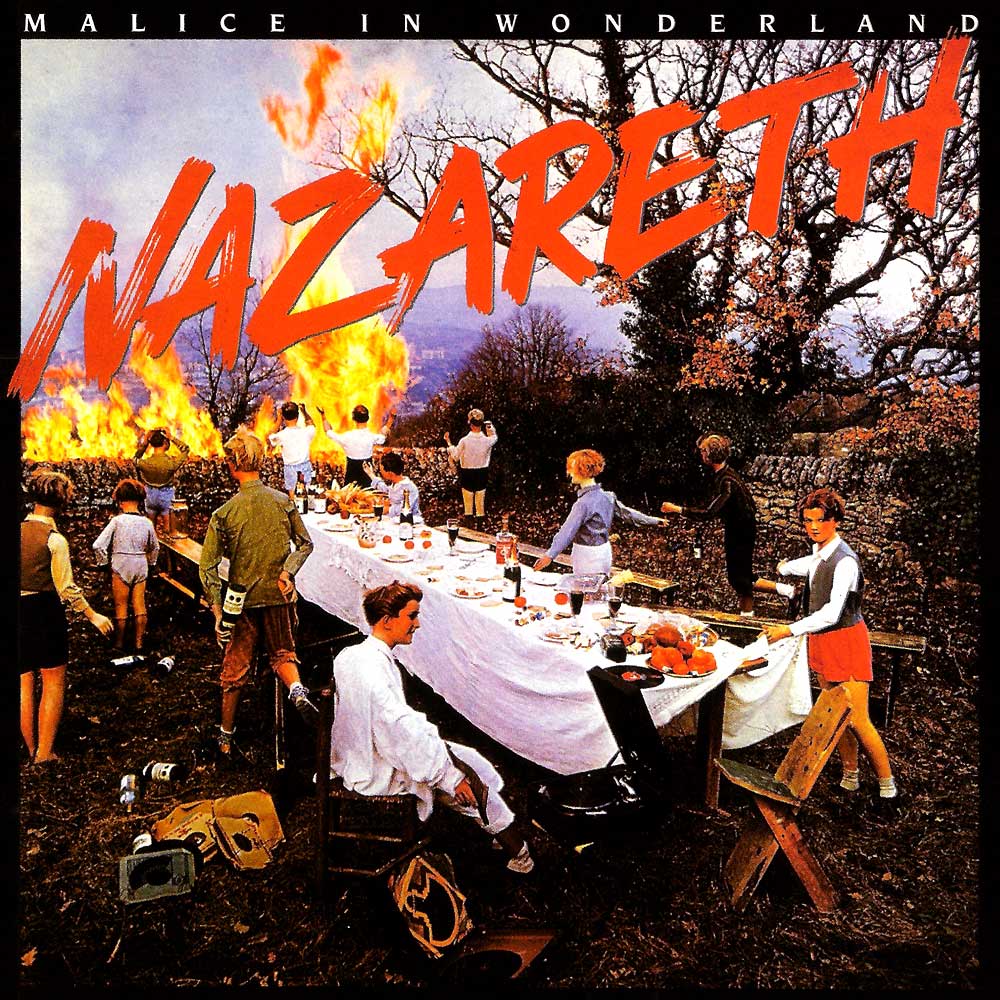