Yes, the pun was intended.

The cover for these albums are a portion of Maxfield Parrish’s ‘Daybreak’, helping to cement that illustration’s place as the most reproduced artistic image of the 20th century, and possibly ever.  Is it ironic that the most reproduced image of the last one hundred years features a nude young girl, given the extant moral panic over child nudity in art?  Only if you are utterly ignorant of the last several hundred years of art history.  At any rate, there are at least three that I know of.

Dalis Car (or Dali’s Car) is the first; this band’s singer was Peter Murphy (formerly of Bauhaus, though he’s been a solo artist for quite some time now) and it released only one album, The Waking Hour, before it broke up.  Murphy and multi-instrumentalist Mick Karn briefly reunited in 2010 to begin recording a new album for the band, though it was never fully realized, as Karn contracted cancer and passed away in January of 2011.  There was enough material, however, for an EP, which is set to come out next month. 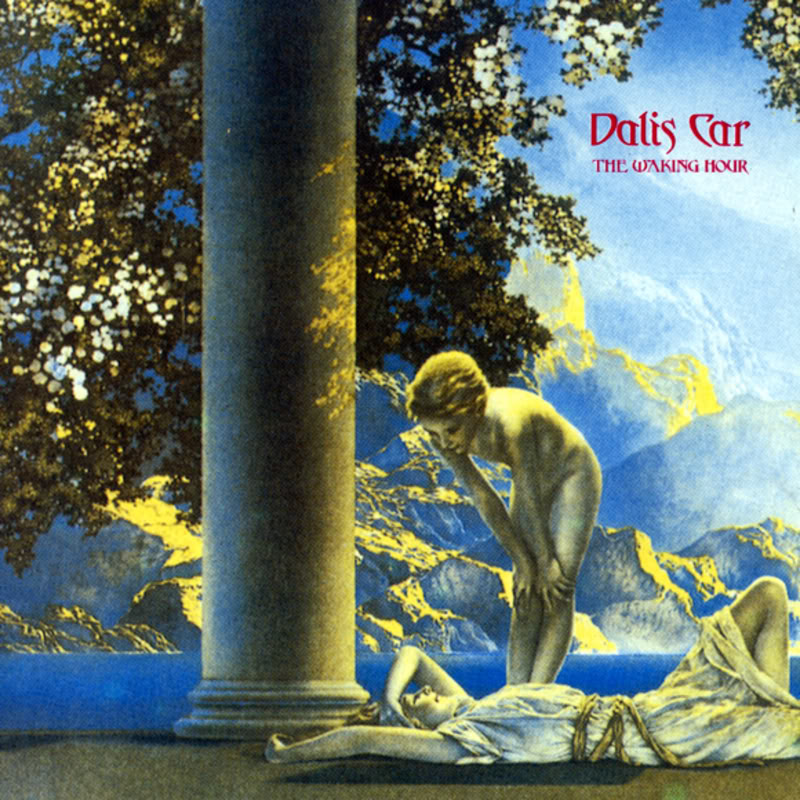 The next one was for an album by French composer Saint-Preux called The Last Opera.  Classical-style music isn’t really my thing so I can’t tell you whether this is any good or not.  There appear to be two different versions of this album cover, but I couldn’t find a high-quality copy of both of them, only one. 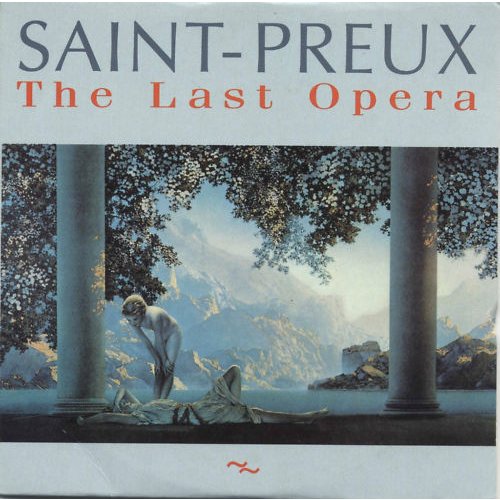 The last is for the Moody Blues, a band I grew up on as my dad was a fan.  This one isn’t an exact copy of the illustration but rather a reworking of Parrish’s design by someone else.  I don’t know who. 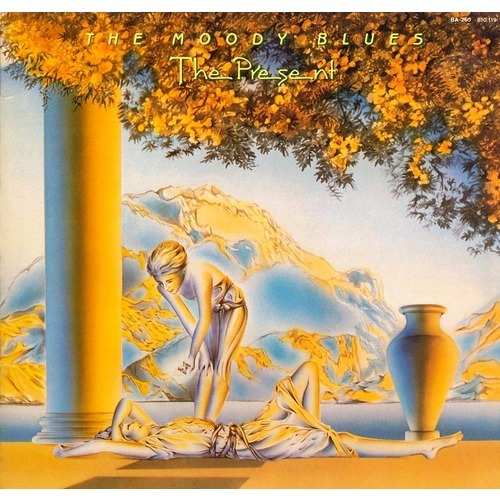 The Moody Blues – The Present (cover)

Edit: In researching this piece further, I came across an interesting analysis of it by Scott M. McDaniel. Jay Hambridge developed a theory on the concept of dynamic symmetry invented by the ancient Greeks (see: golden ratio and golden rectangle)—it’s all very mathematical and precise, but it works very well in application to design. Given Parrish’s classical setting for “Daybreak” it makes sense that he would utilize dynamic symmetry for this piece. Note also that this scene fits the theme of the classical idyll, which we’ve discussed here before. For that reason I’m also assigning this work in the Neoclassical category.

From Bill Tree on March 8, 2012
I’ve never been sure whether the nude in that painting was a young boy or girl. I’d say it’s androgynous in the same way that Bouguereau’s Cupid painting is (though we assume cupid is a male, you couldn’t be sure by looking). Is there historical reference to it being a girl?

From pipstarr72 on March 8, 2012
Refer to the first link in the article (which happens to be to the very first post I made on my blog)—it is most definitely a girl. The model for the girl was Parrish’s own daughter, Jean. She posed for a few other pieces around the same time, in which you can see that her hair is rather short in all of them. You’ll also note that there are subtle cues that this is a female child, if you look closely.