I just started to get into this band. Animal Collective is a modern alternative band with a surrealist/psychedelic bent, as with a lot of the more recent alt bands. I’m really getting into this trend; Animal Collective, Grizzly Bear, Neutral Milk Hotel, The Flaming Lips, Dirty Projectors, Battles, Modest Mouse, Boards of Canada, The Antlers, Broken Social Scene, Yeasayer, Youth Group, and probably my favorite of the modern alternative pop-rock bands, Of Montreal, among others . . . all very interesting.

The cover of Animal Collective’s album Feels is described on its Wikipedia page as being reminiscent of the work of Henry Darger (an artist we will get to at some point), an assessment I am moderately in agreement with. It was designed by the band’s singer, Avey Tare (David Portner), using collaged images from a pamphlet he had happened upon one day. It’s a nice design that does capture some of the spontaneity and art brut quality of Darger’s work but certainly lacks its epic scope. 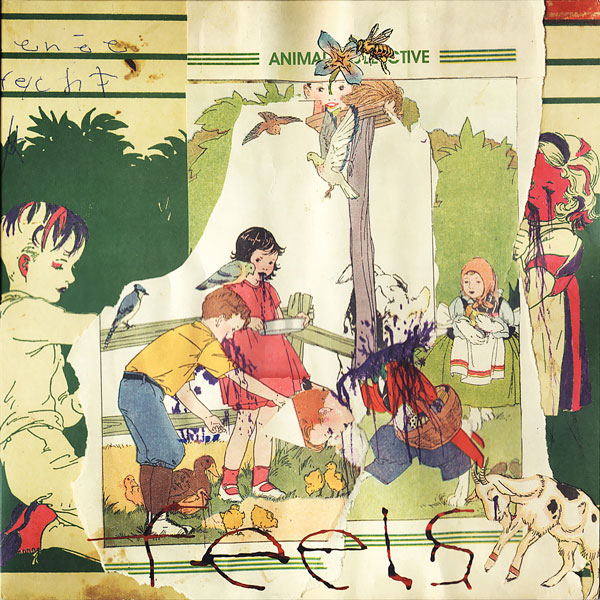