Continuing with Margaret Bowland, we’ll start off with some more of the works from the ‘Another Thorny Crown’ series.  Again, the symbolism here is fairly obvious: Bowland is using the context of America’s history of slavery (cotton being one of the primary crops of plantations that owned and worked slaves, hence, a crop that was planted, tended and harvested by slaves) as well as the old racist practice of black-face–here rendered in reverse–to challenge America’s beauty culture and to point out how girls are slaves and martyrs to it.  It’s either a bold and astute statement or a cheap and exploitative one–like I said in the earlier post, it’s a pretty fine line that she’s up against there, and which side of that line she’s on likely depends on the viewer.  By the way, as anyone who has ever picked cotton (and I have) knows, when cotton reaches maturity its bolls become rigid and sharp and can cut your hands up if you’re not careful.  Thus, the cotton plant being recast as the crown of thorns makes sense, as slaves no doubt did physical injury to their hands when harvesting cotton prior to the invention of the cotton gin. 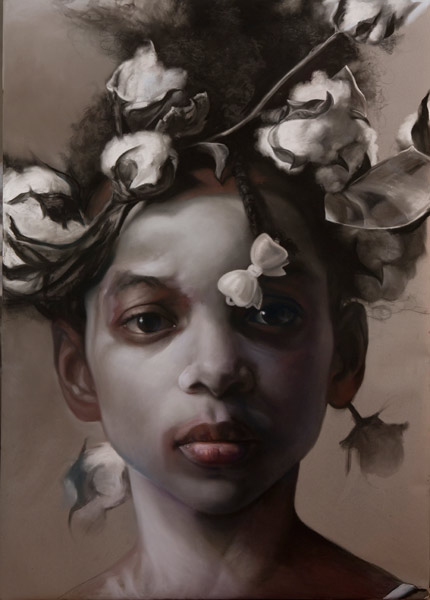 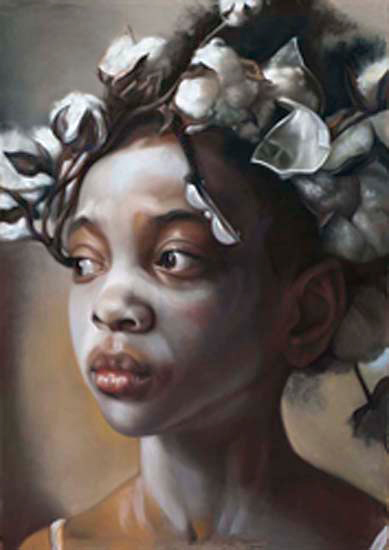 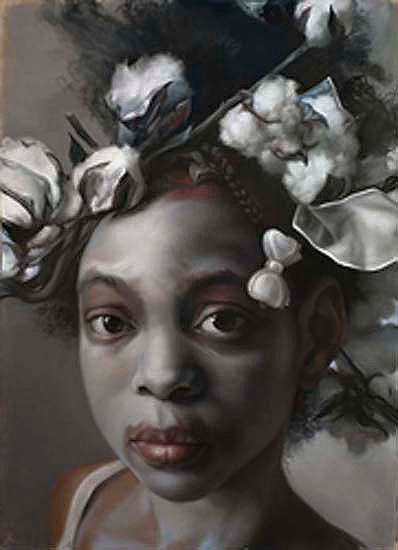 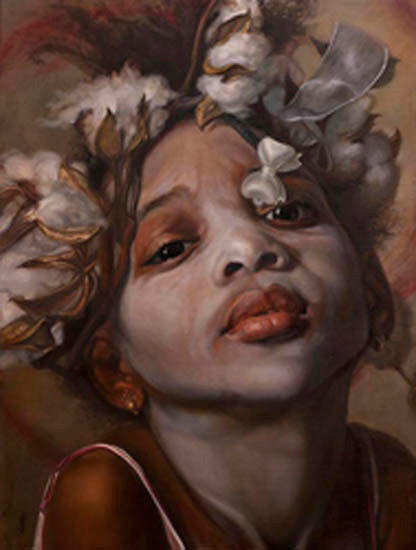 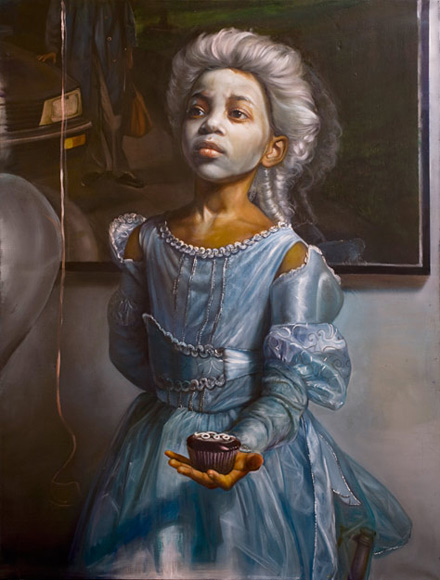 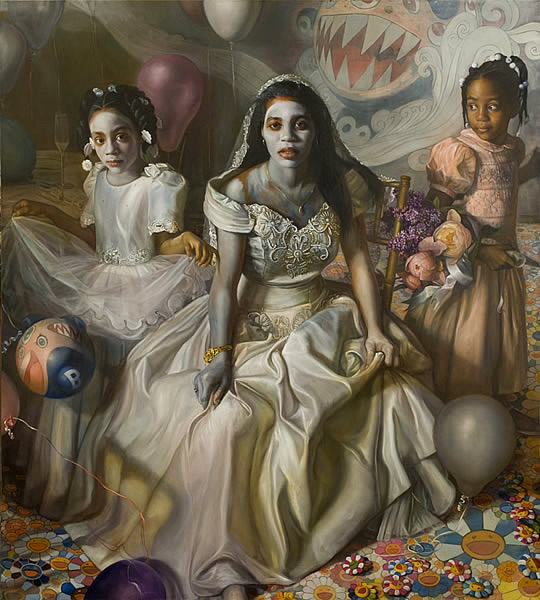 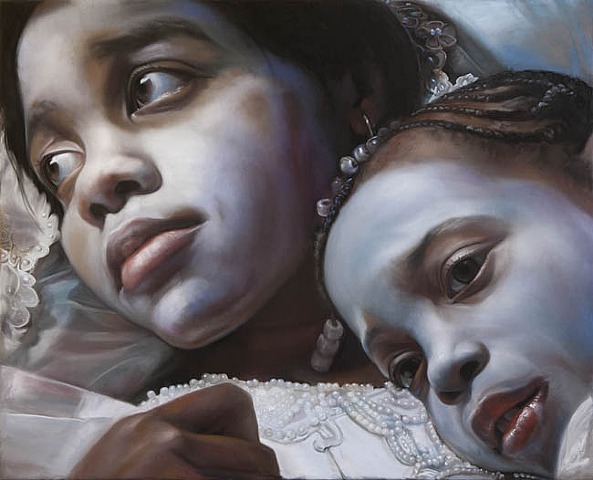 Margaret Bowland – Someone to Watch Over Me 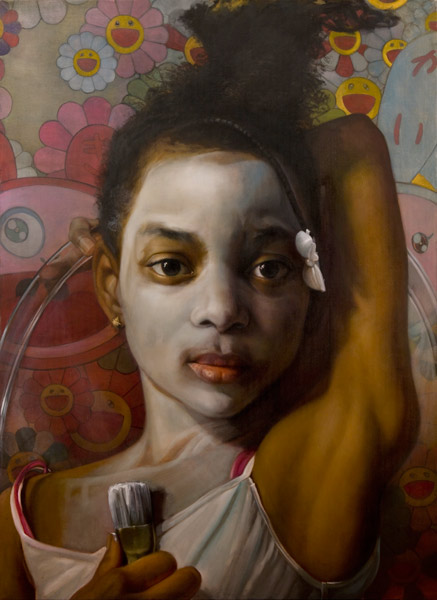 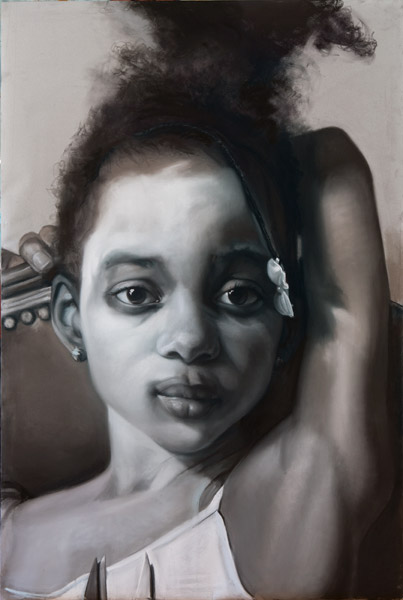 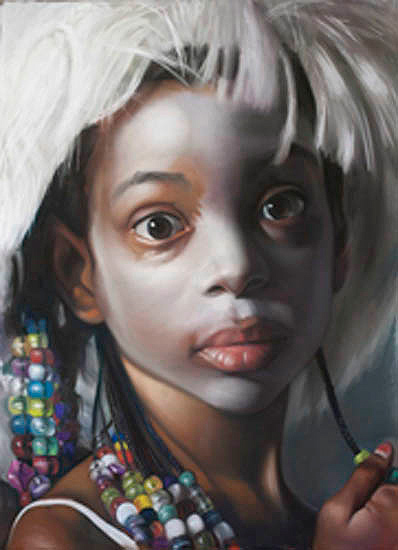 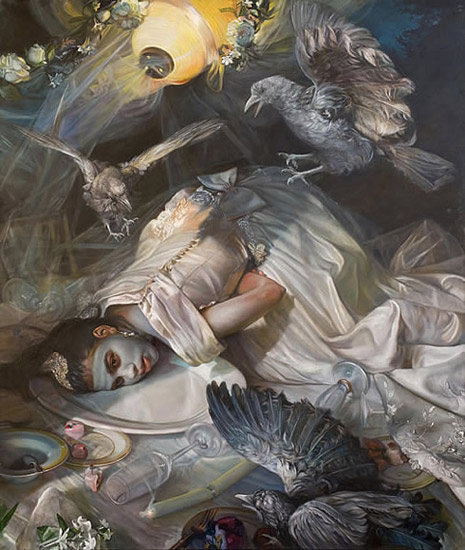