I’m somewhat perplexed by Margaret Bowland’s work.  Not stylistically—she is a solid photorealist painter—but philosophically.  Her work is infused with a feminist consideration of the meaning of beauty; that much is clear.  Indeed, her work is explicitly political.  No one can look at these coy, wide-eyed little girls painted in white face and wearing crowns of cotton or emerging out of giant watermelons without seeing the obvious symbolism there.   Moreover, there is a certain surrealist aura to her work.  In fact, upon my first encounter with Bowland’s paintings, the little girls immediately reminded me of the character Alma as a child in Alejandro Jodorowsky’s deliciously sensuous surrealist horror film Santa Sangre.  What that says about me I will leave to the shrinks (armchair and otherwise) to figure out.  Nonetheless, I cannot be the only one who sees the use of dwarfs, bald women and mime-faced children in one’s paintings as owing something to the circus aesthetic.

But okay, I get it.  These paintings are intended to recast the mold for our idealized conceptions of beauty.   The problem, of course, is that beauty is not entirely a cultural creation.  Sure, some of it is, but there are some important aspects of beauty that are wound tightly up with our human essence.  There are two qualities in particular, and these are pretty much true of most animal species: symmetry and youth.  It has to do with our assessment of the healthiness of a sexual partner and her ability to bear and raise healthy offspring, which is why males place a higher degree of importance on youth than females do.  Men can produce viable sperm well into old age and can father healthy children without any real health risks to themselves or the child, but women need to be young enough to both bring a healthy child to term and raise the child.  (This is not, by the way, intended to suggest that we must be ruled by our genes, but only to point out that there is a genetic basis for these preferences.)

But I’m getting off track here.  What I want to say about Margaret Bowland’s paintings of little black girls is, first, that they are beautifully executed, and second, that they are intentionally provocative in the way that a lot of feminist art is intentionally provocative.  But unlike with, say, Jill Greenberg’s photos, they don’t feel exploitative.  At least not to me.  Others may feel differently.  It’s a fine line, so judge for yourself. 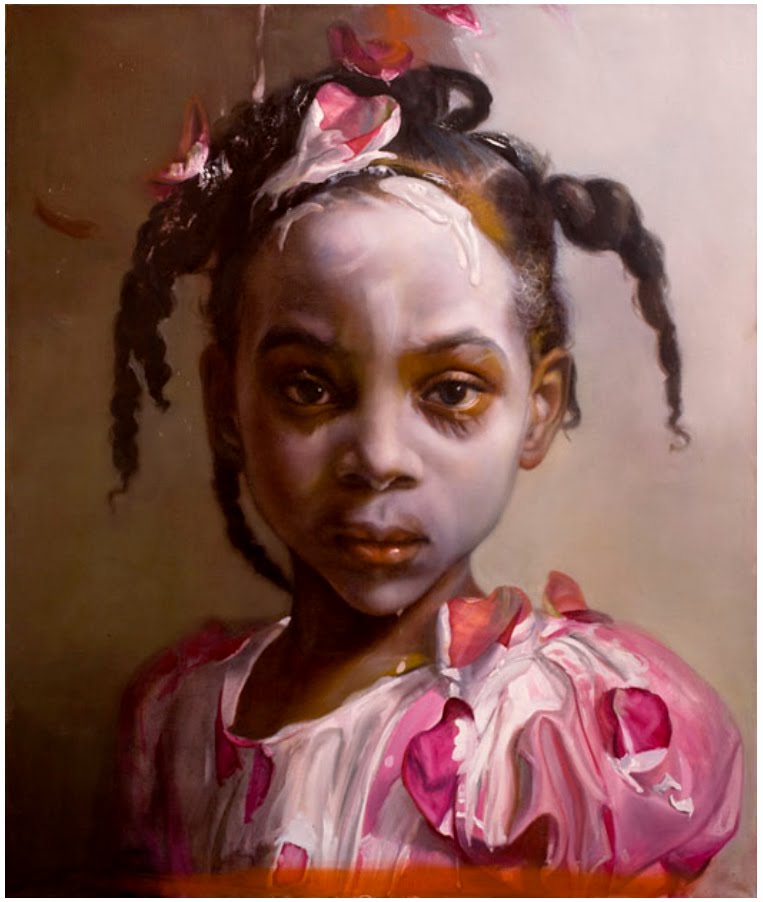 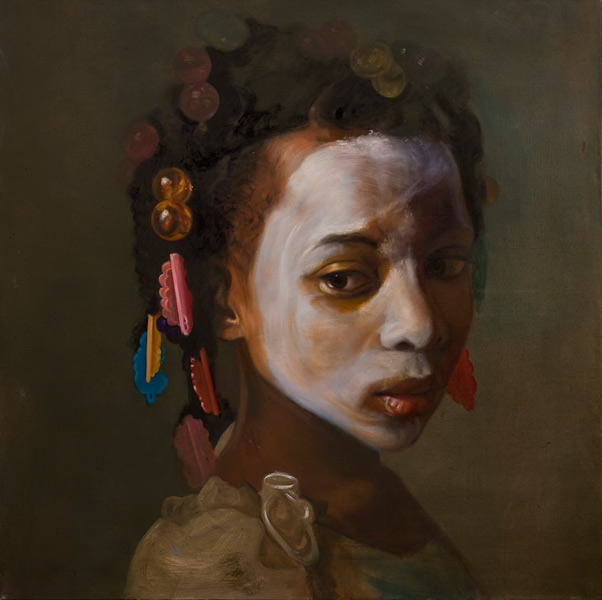 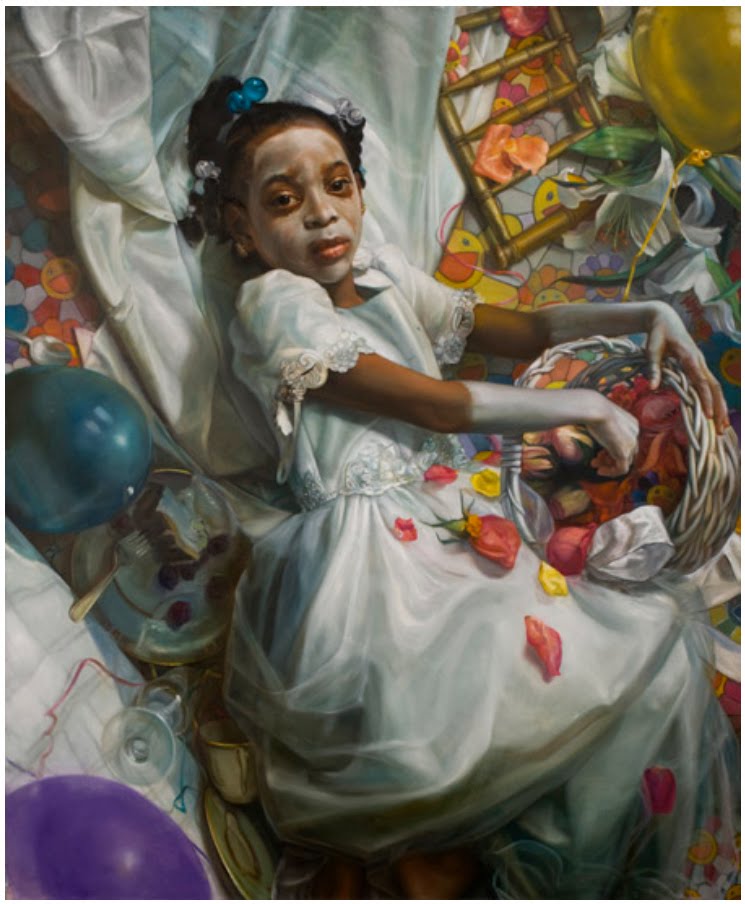 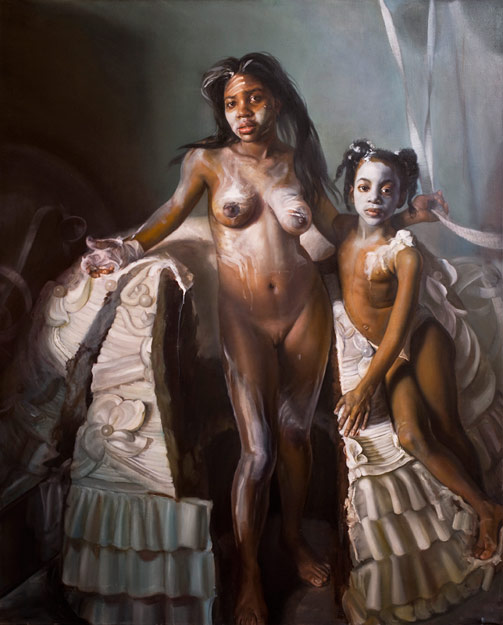 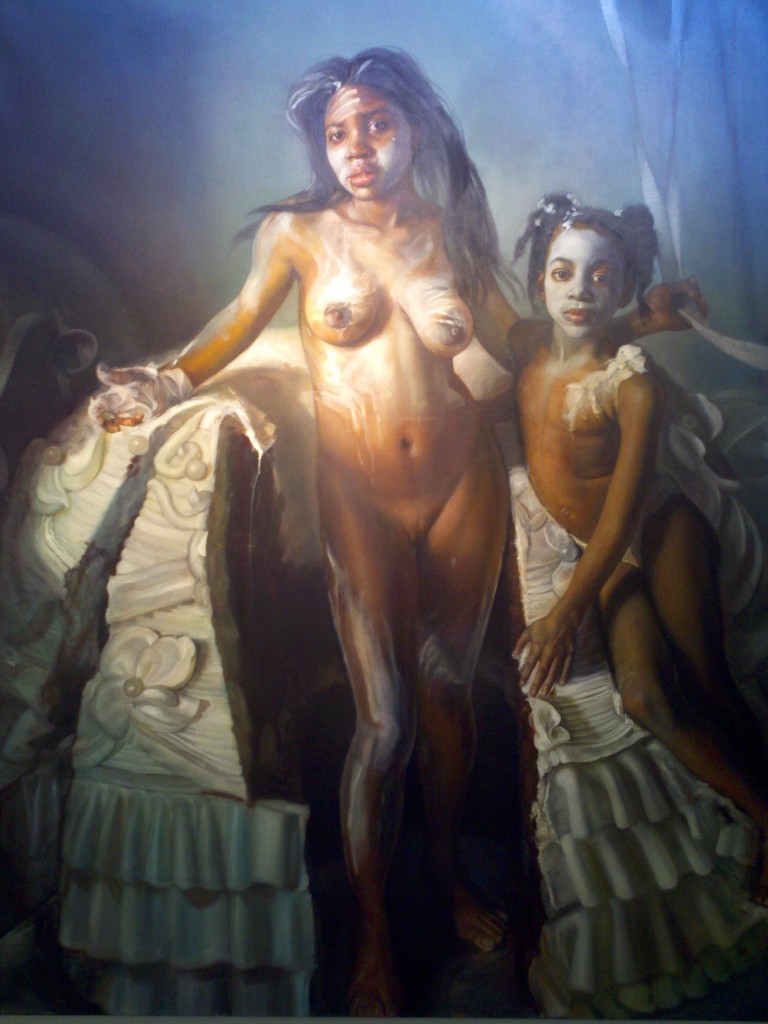 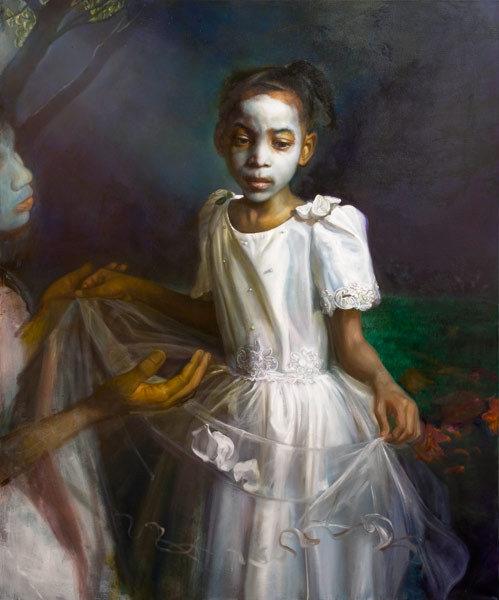 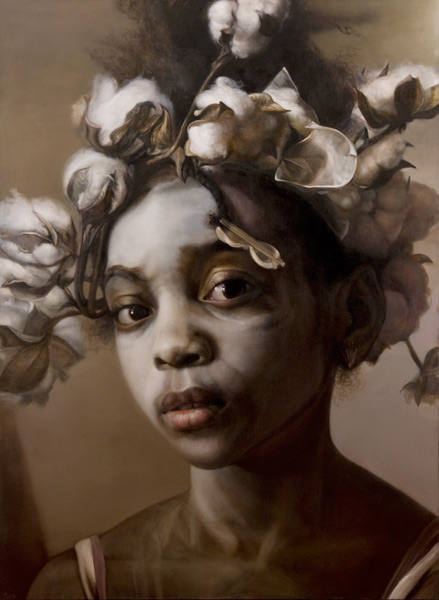 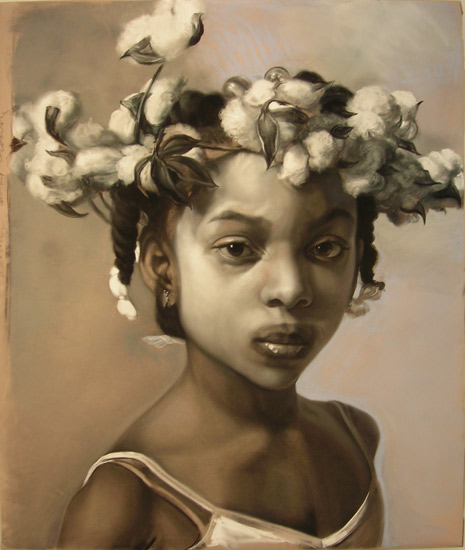 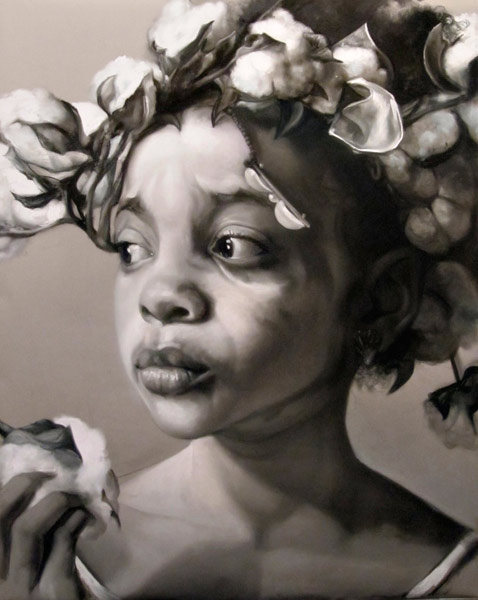 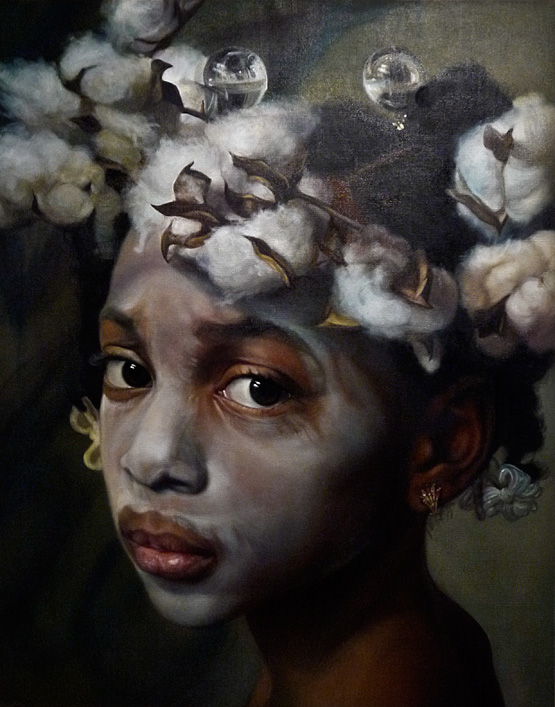 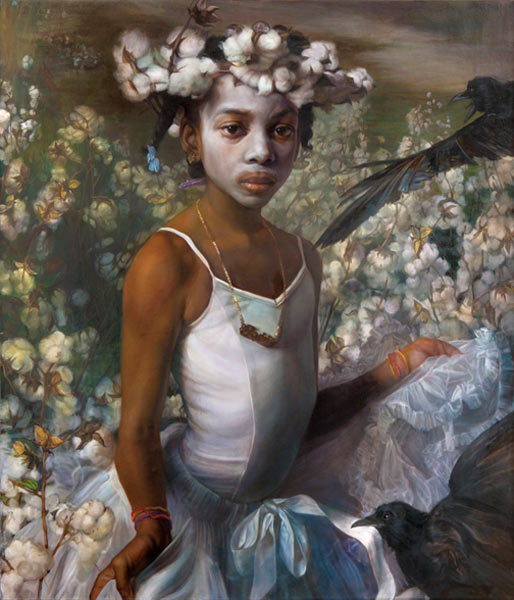