William Zorach was a Lithuanian-born Jewish painter and sculptor who embraced modernism early.  When he migrated to America with his family, he helped introduce the style of the European avant-garde to the United States.  His wife Marguerite was also an artist.  Zorach began his art career focused on painting but eventually sculpture became his art form of choice, with his work often rendered in a sleek art deco style, albeit with more rounded forms than is generally the case with art deco.  One of his frequent subjects was his daughter Dahlov, who, like the children of many creative couples, ultimately became an artist herself.  (Note: There’s a lovely page devoted to her called The World of Dahlov Ipcar, which I highly recommend. Not only does it display some of her beautifully stylized paintings, it has some additional information on her father and mother, as well as a short bio of Dahlov herself.)

Much of Zorach’s work was allegorical, as with the following piece, called Mother and Child (Dike and Eirene).  Dike and Eirene were Greek goddesses and, according to the common thread of mythology, were not mother and daughter but rather two of the sisters called the Horae (Hours), and represented justice and peace respectively. Ergo, the point of this work is that peace is born of justice. 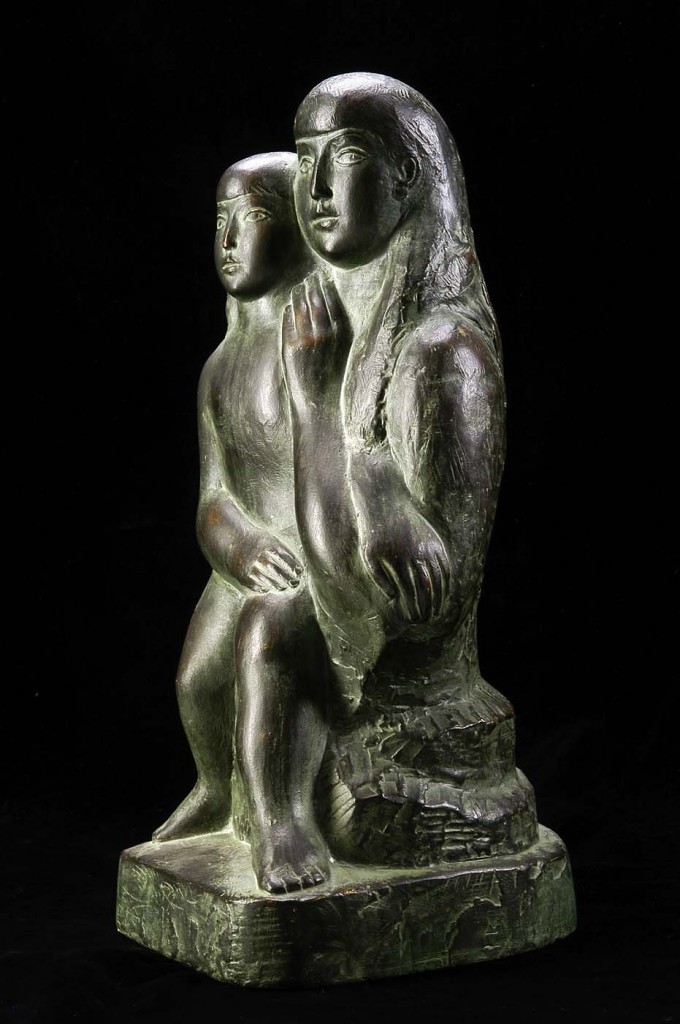 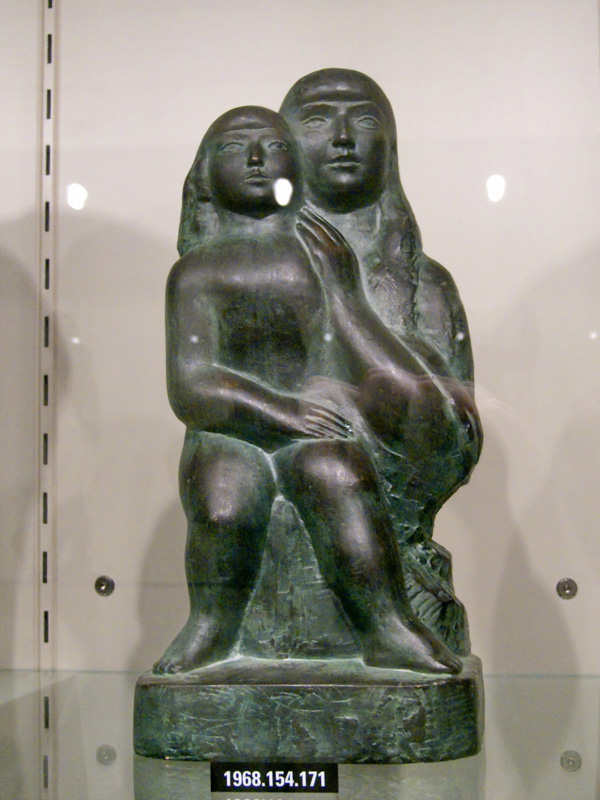 Here’s another allegorical piece.  This one can be found hanging on the outer wall of the Weiner Library of the Teaneck-Hackensack branch of Farleigh Dickinson University in New Jersey.  Zorach laid out its symbolism pretty clearly:

“The Indians that possessed this land … left us a rich heritage — We are all sun worshippers, loving life and the great forces of creation, renewed each day and yet never the same.” The flags represent all the flags that “have flown over this country until we were all united under one flag.” The woman represents America itself, beautiful and full of fertile promise. And the man and child represent “the spirit of enterprise and education, leading the new generation to carry on the work of today into the new visions of tomorrow — the new age flowing into life.”

Apparently this sculpture was intended for The Bank of the Southwest in Houston, Texas but they rejected it, deeming it too modern for their taste.  Heh, idiots. 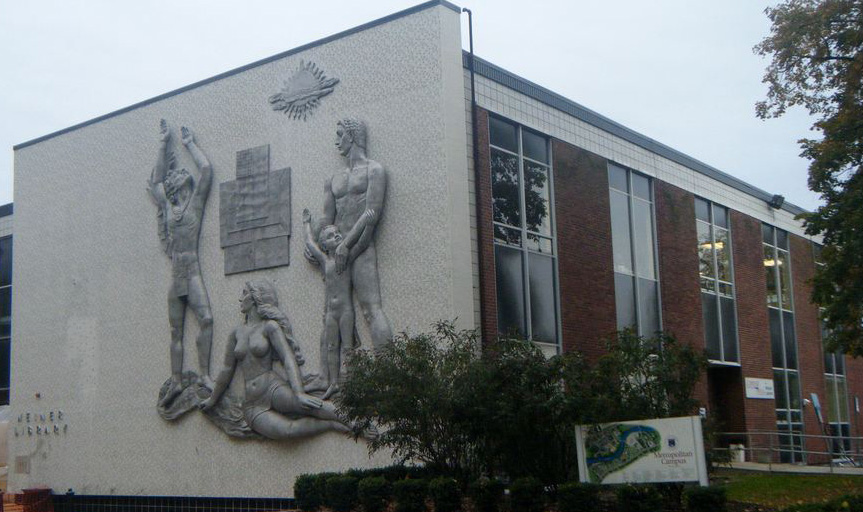 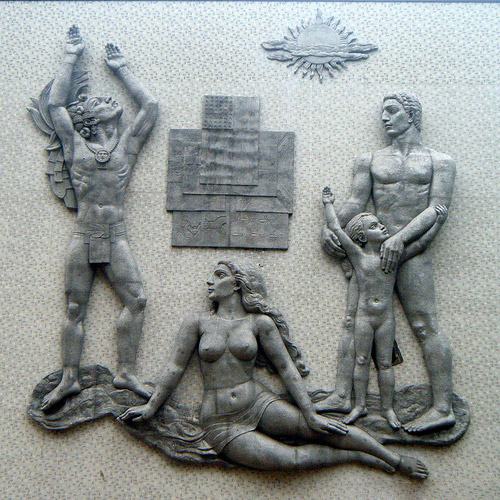 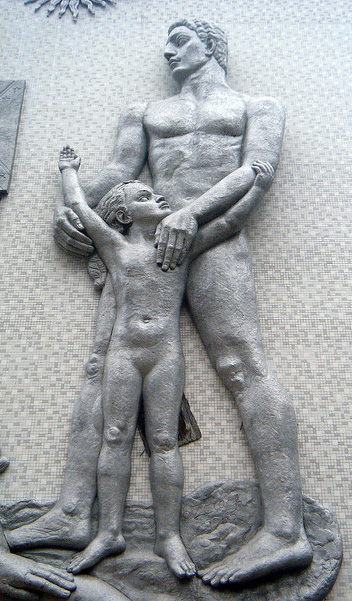 The rest of these images are devoted to three sculptures and a drawing inspired by Dahlov. Zorach adored his children, particularly Dahlov, who showed an early affinity and talent for art, such that her father saved the bulk of her artistic output as she was growing up. In my experience most parents save the cookie-cutter crafts their children bring home from school and throw out many of the actual sketches and such that kids make because they seem to be badly done. I have winced at seeing parents gather up projects their kids were working on earlier and toss them in the trash. Now, I know parents cannot possibly save everything their kids make, but they don’t realize that they may be discouraging an artist in the making by reducing their art to garbage. Kids, whilst generally lacking the skills of an adult, nevertheless tend to create art more intuitively than adults. For a good analysis of the early creative process, I recommend reading Viktor Lowenfeld’s Creative and Mental Growth. 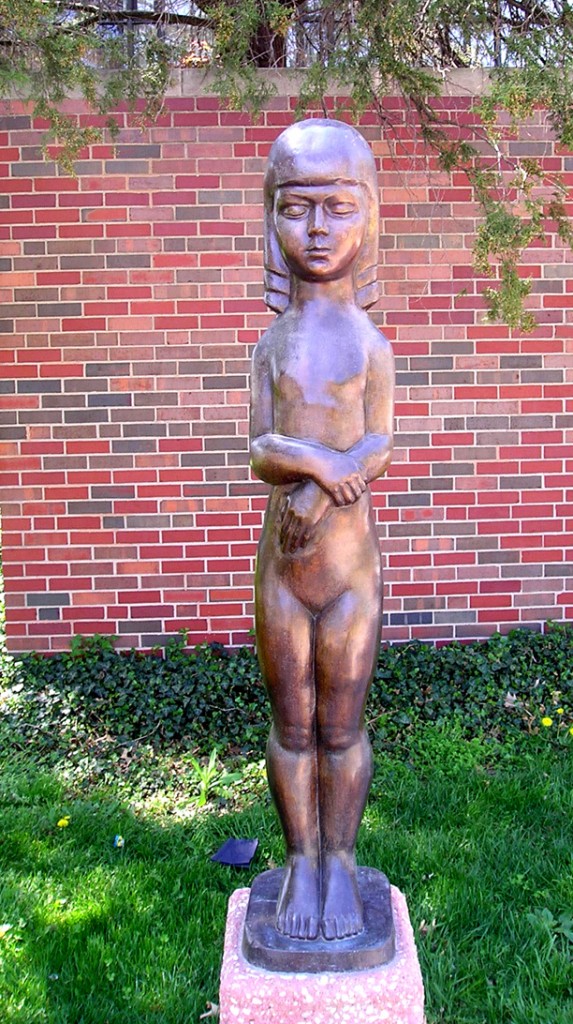 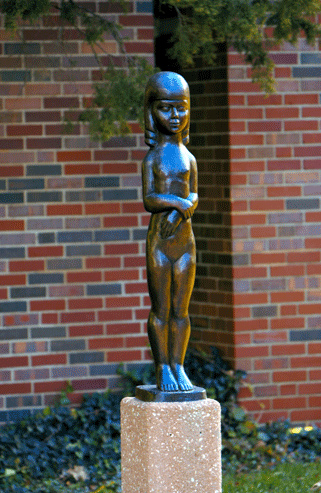 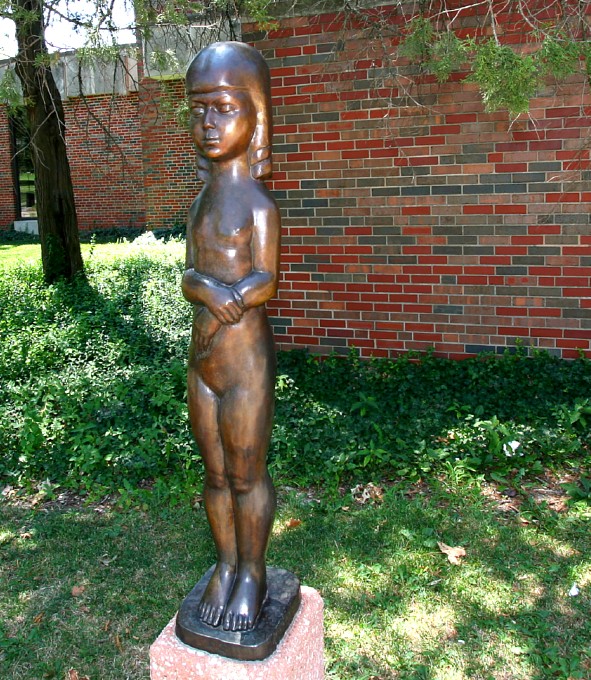 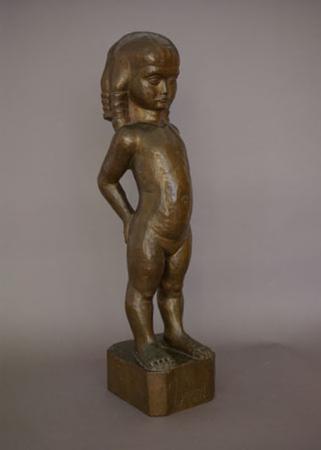 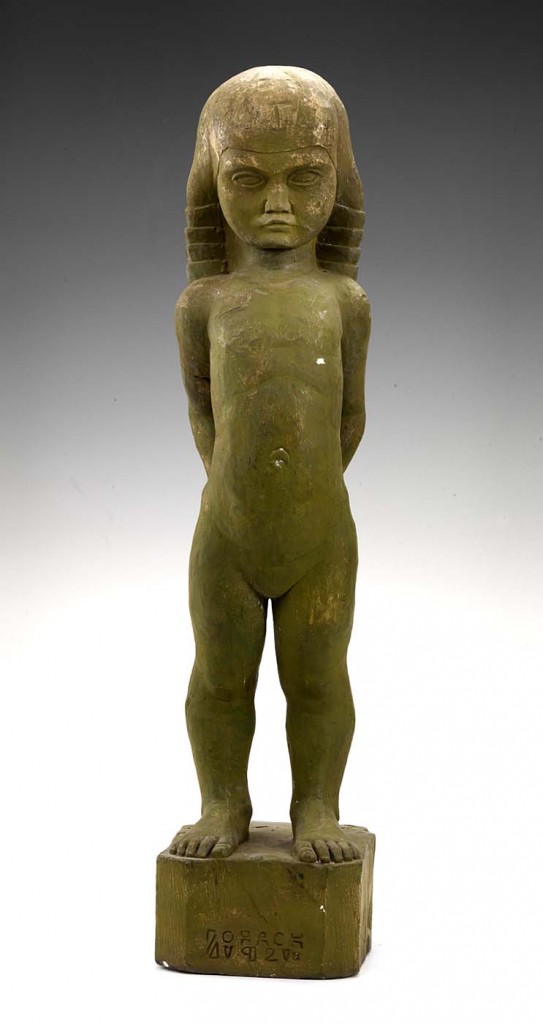 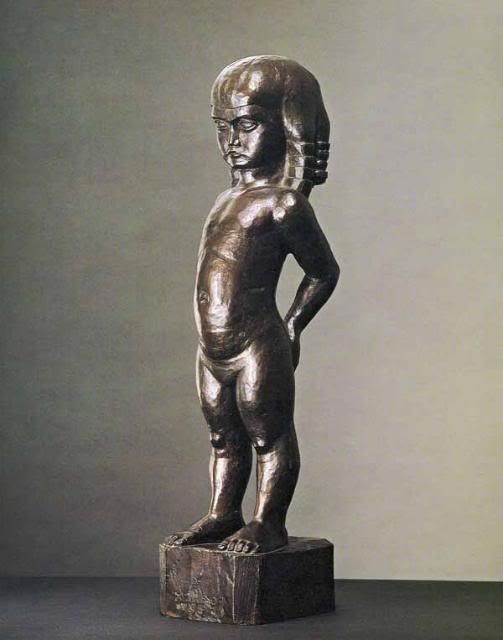 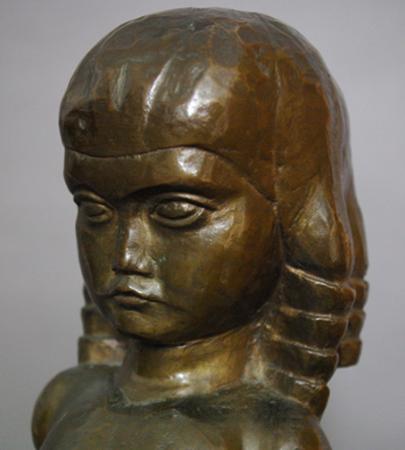 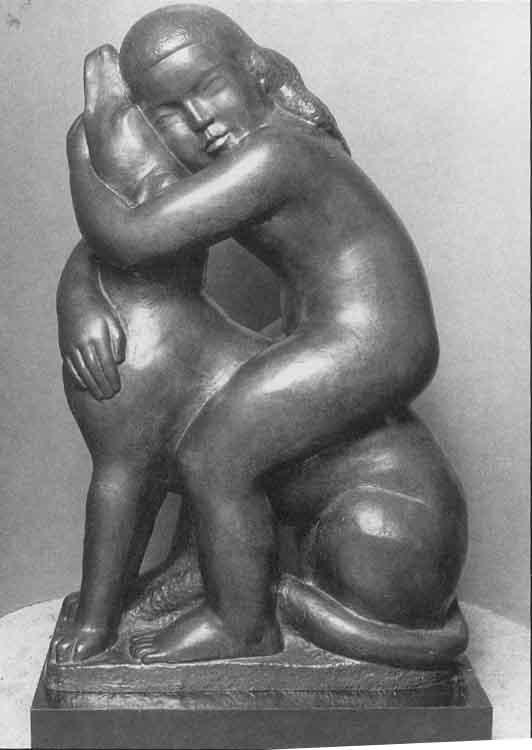 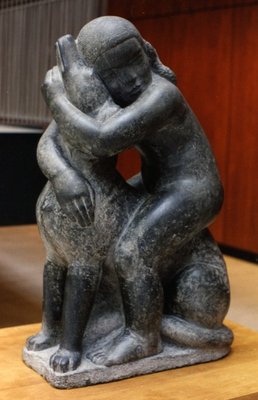 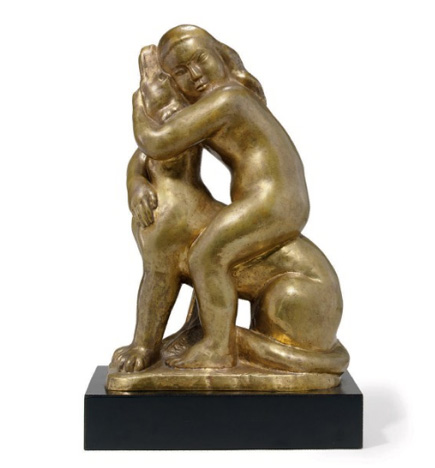 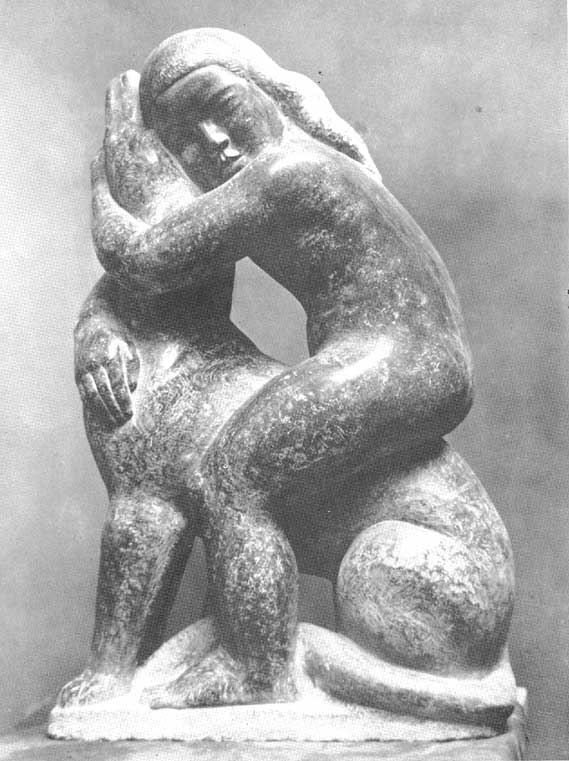 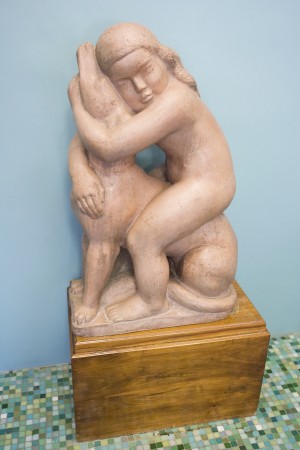 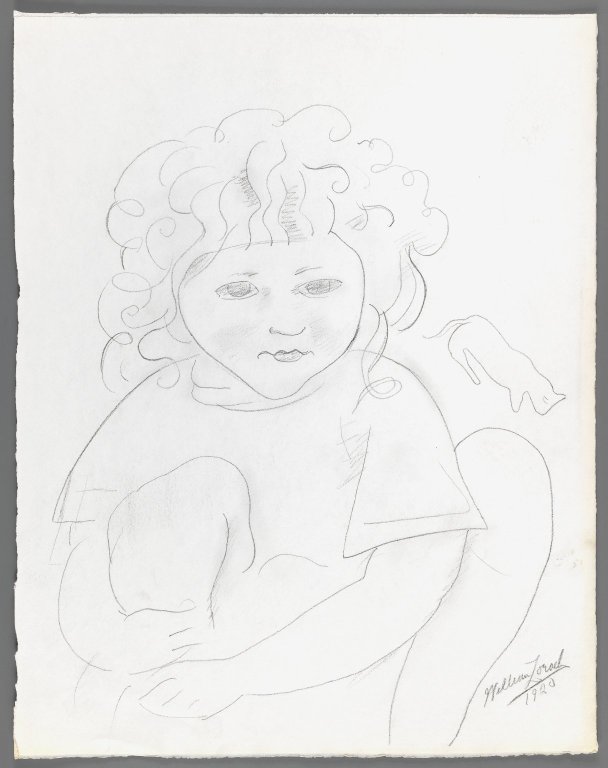