This is an illustration from a book written by Astrid Lindgren, who is best known for her Pippi Longstocking books. Lindgren was something of a phenomenon in Europe from the 1940s all the way through the 1990s, so popular that many films have been made from her books, including at least two based on her Madicken character. If you ever get a chance to see Du är inte klok, Madicken, check it out. It’s a film that was made in 1979 and was intended for families yet would likely be considered child pornography by many filmgoers today, a sad note on how absurd and stupid the moral panic over child nudity has become.  This illustration is from the series The Six Bullerby Children (or, as it is known in the US, The Children of Noisy Village.) There’s an excellent film of the same name that was directed by Lasse Hallström, who also directed one of my all time favorite films, My Life as a Dog. 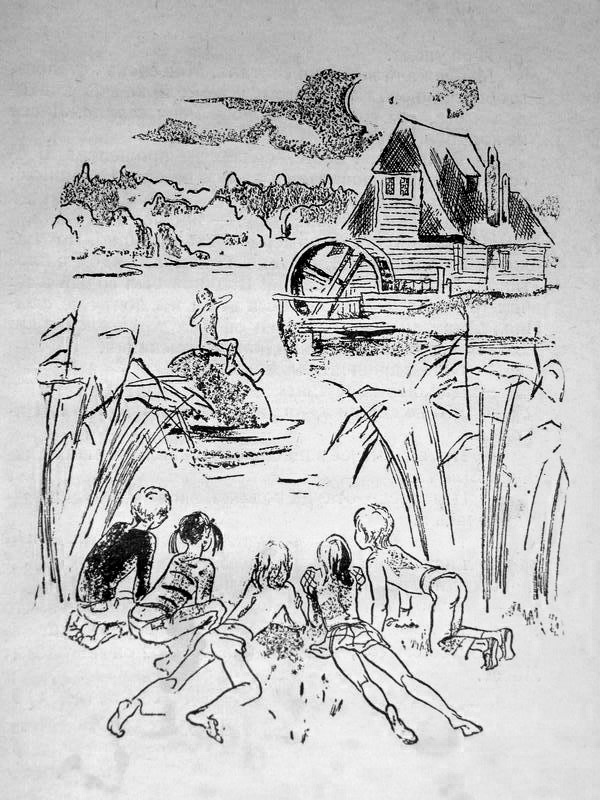