The next place we’re visiting in our virtual tour is Oslo, Norway’s Rådhus (City Hall), the construction of which was begun in the 1930s but had to be postponed for several years due to World War II. Thus, the building was completed and opened for business in 1950. It features a number of artworks both on the inside and on the outside.  We’ll start inside, in the Rådhus lobby, on the walls of which are at least three very large murals, though only one of these features young girls.  First, here is a large-scale view of the lobby.  On the back wall can be seen the mural we are to examine, painted by Willi Midelfart. 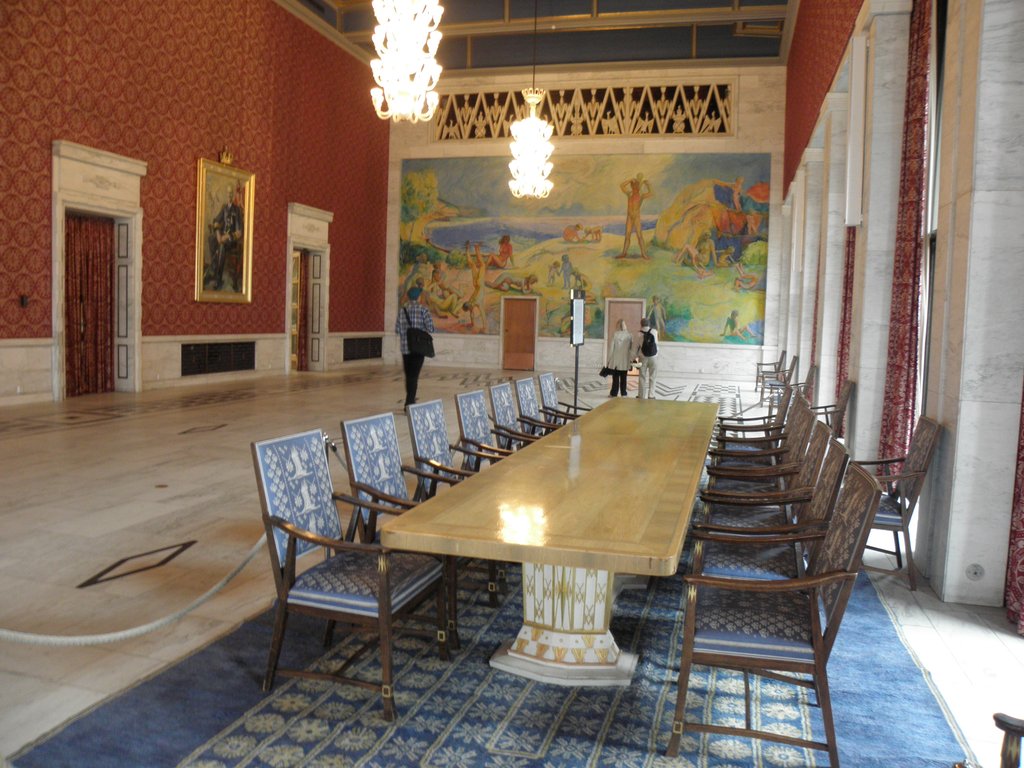 Here’s a full view of the mural. As you can see, it is a classical-style scene of rural families lounging and playing outdoors, or what is commonly called an idyll in the art world. Frequently the figures in these scenes are nude, as is the case here.  The mural has some nice Fauvist color values. 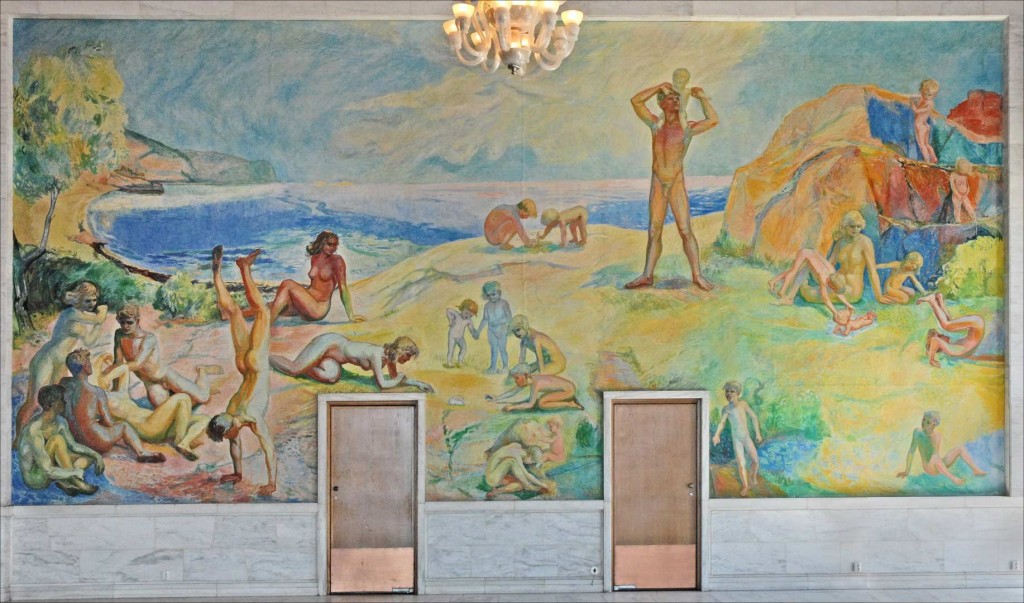 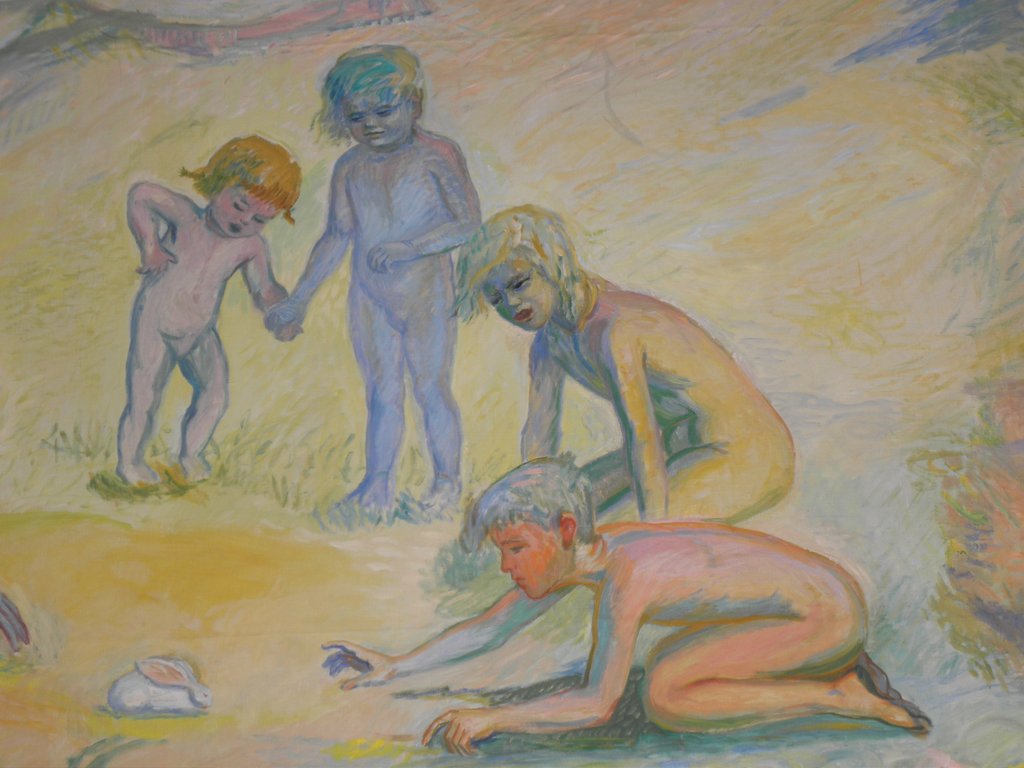 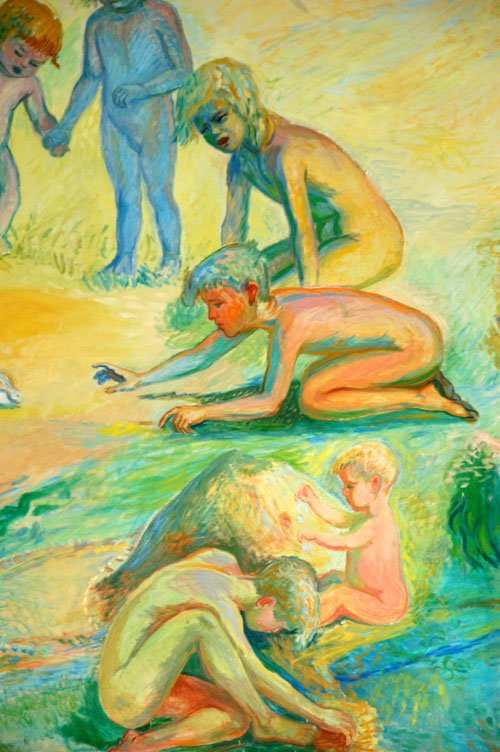 I love that a mural in a government building not only has naked kids in it, but that one of those kids is actually urinating: 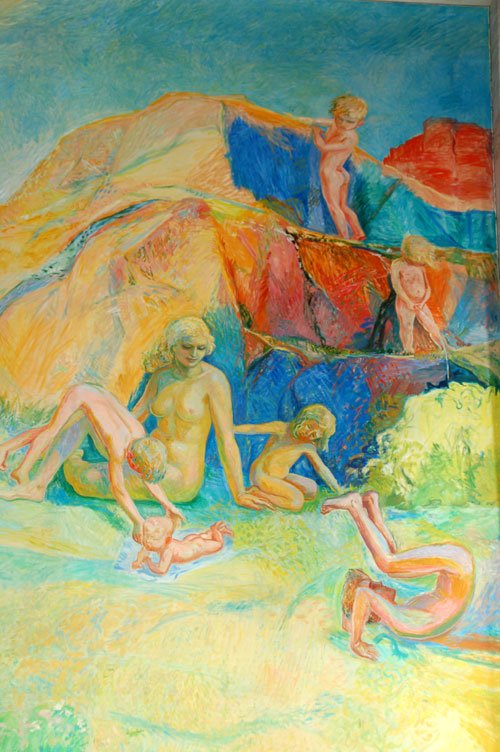 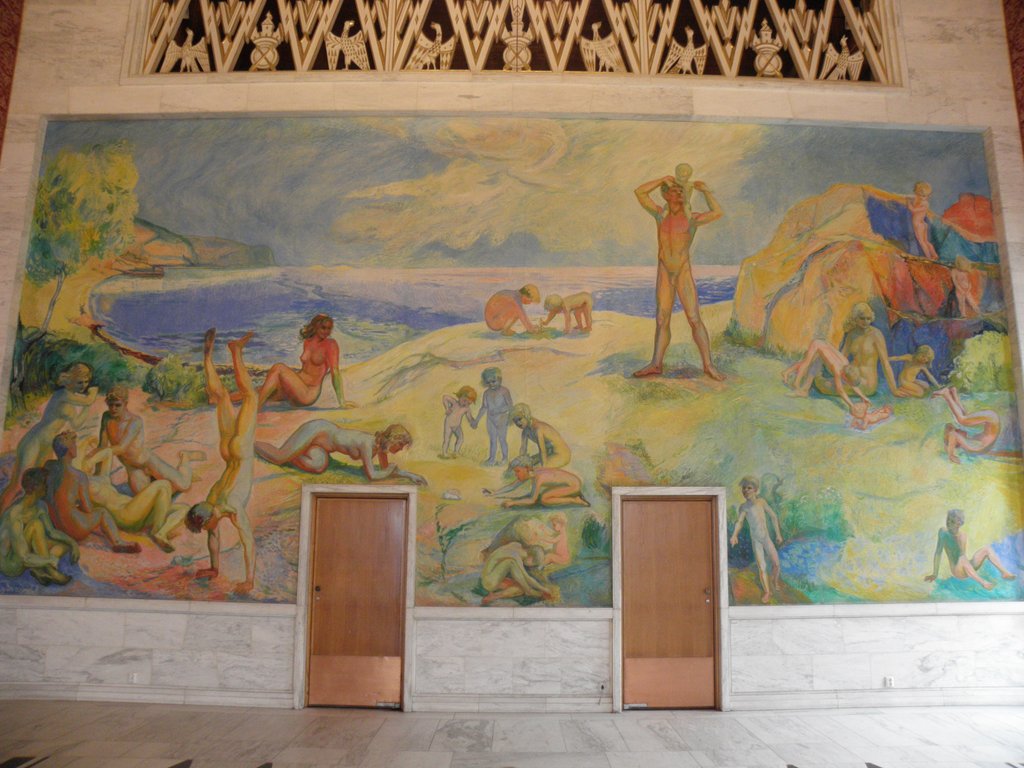 And now we move on to the exterior of the building, onto the city hall grounds (Rådhusplassen), where, among the sculptural work, is Per Hurum’s “Mor og barn” (“Mother and Children”).  It can be seen below at about the middle of the photo.  The building behind it is, of course, the  Rådhus itself.  It’s builders struck a nice balance between the modern solidly geometric architecture of the structure and the softer and more traditional bits of ornamentation. 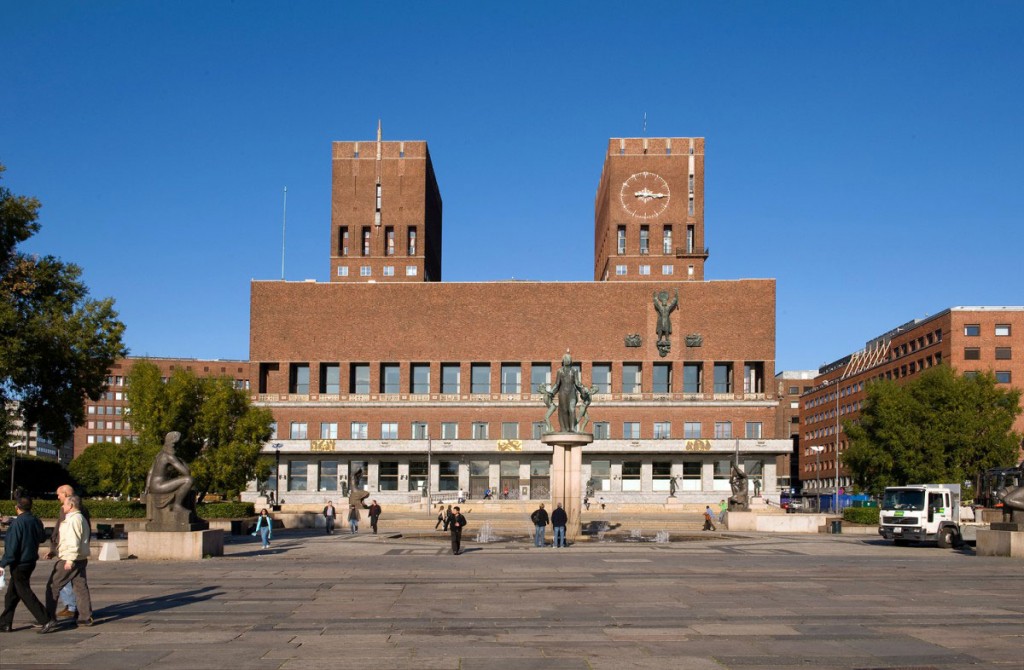 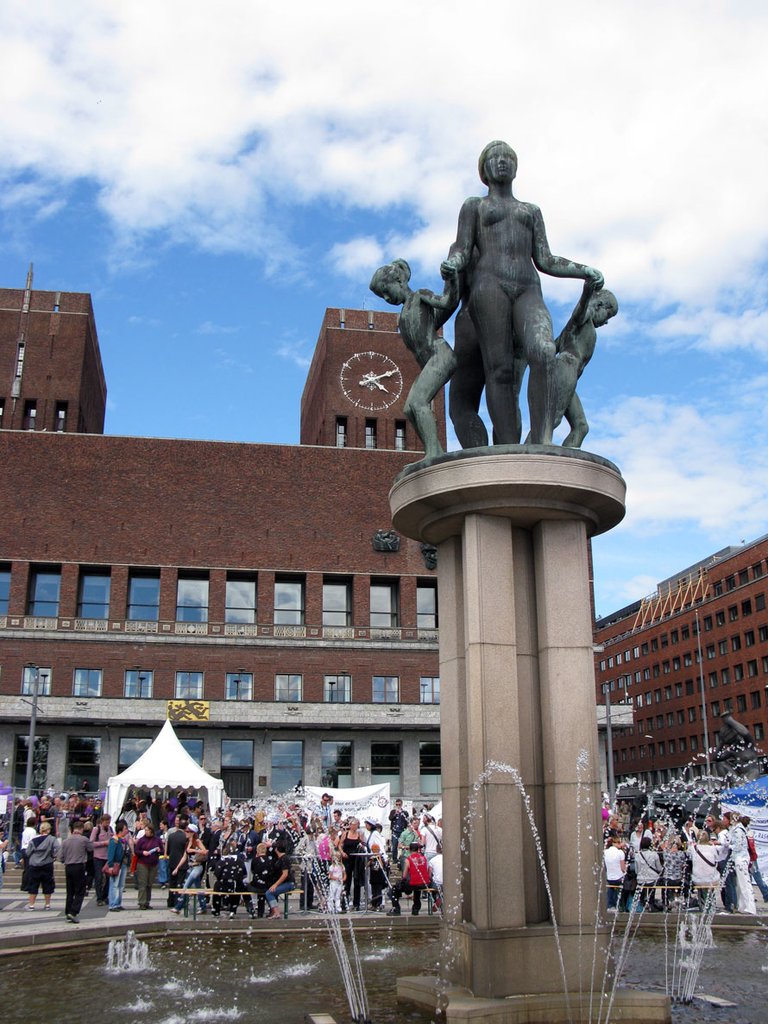 Here we can see it from the other side, facing the waterfront: 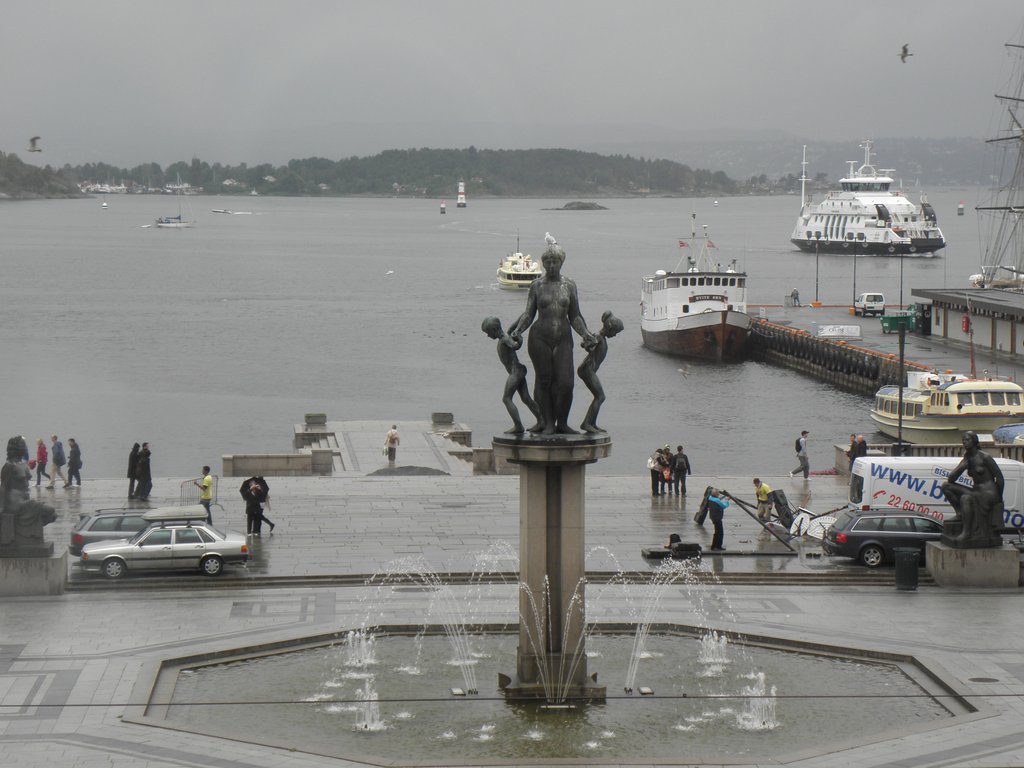 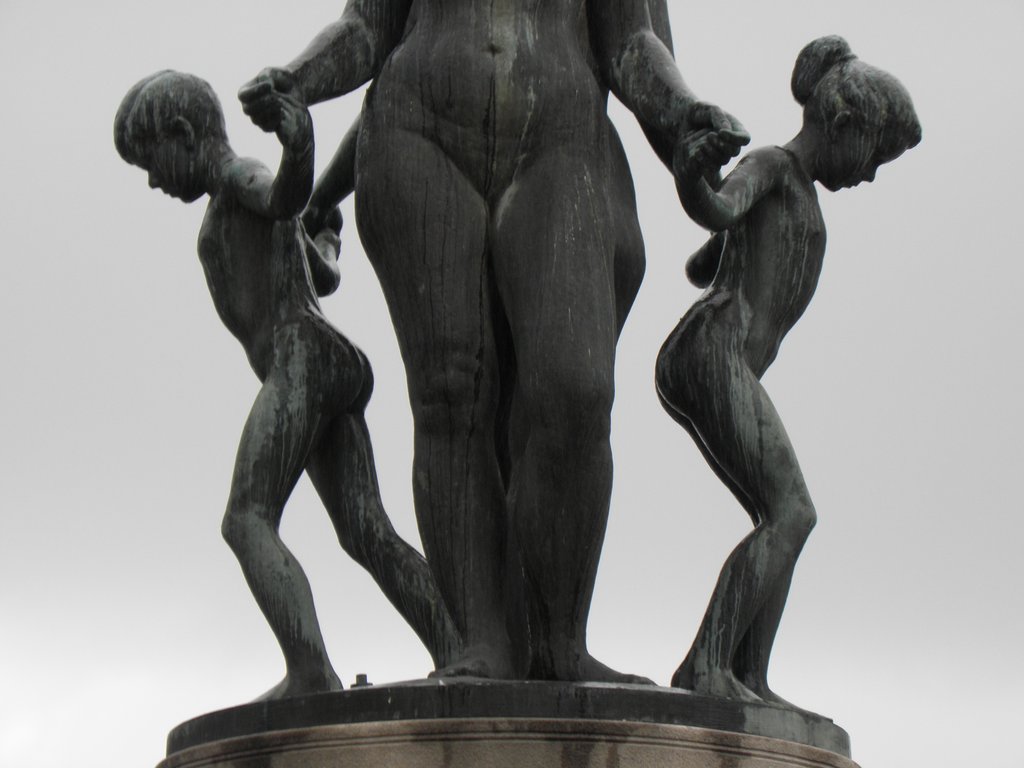 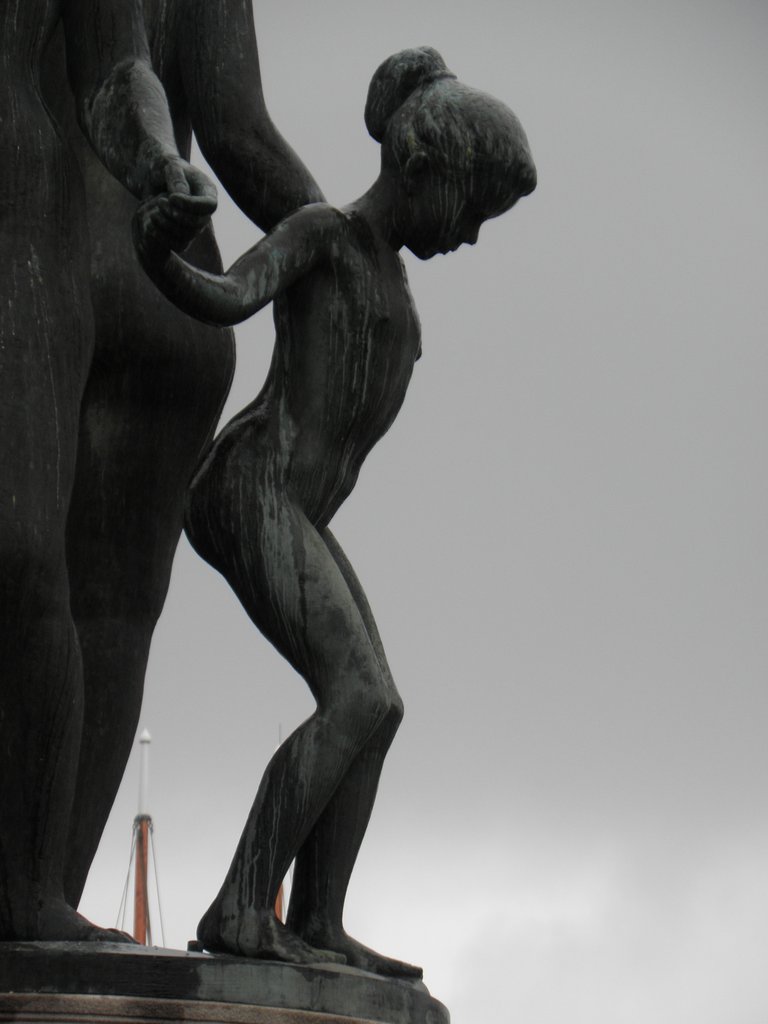 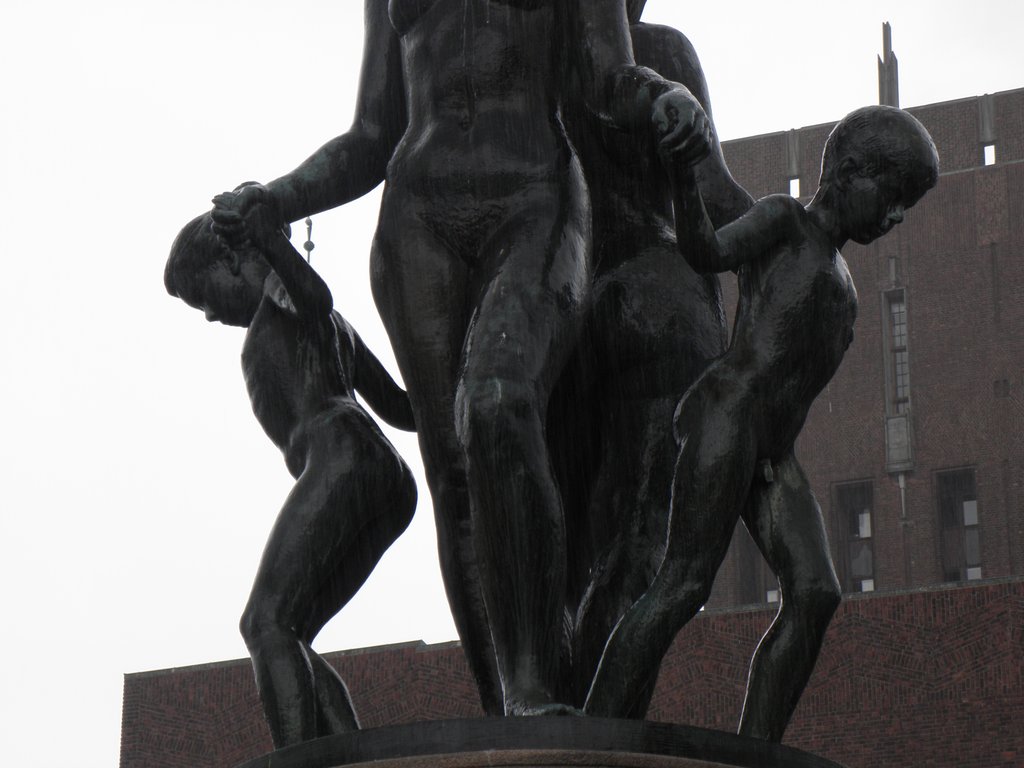 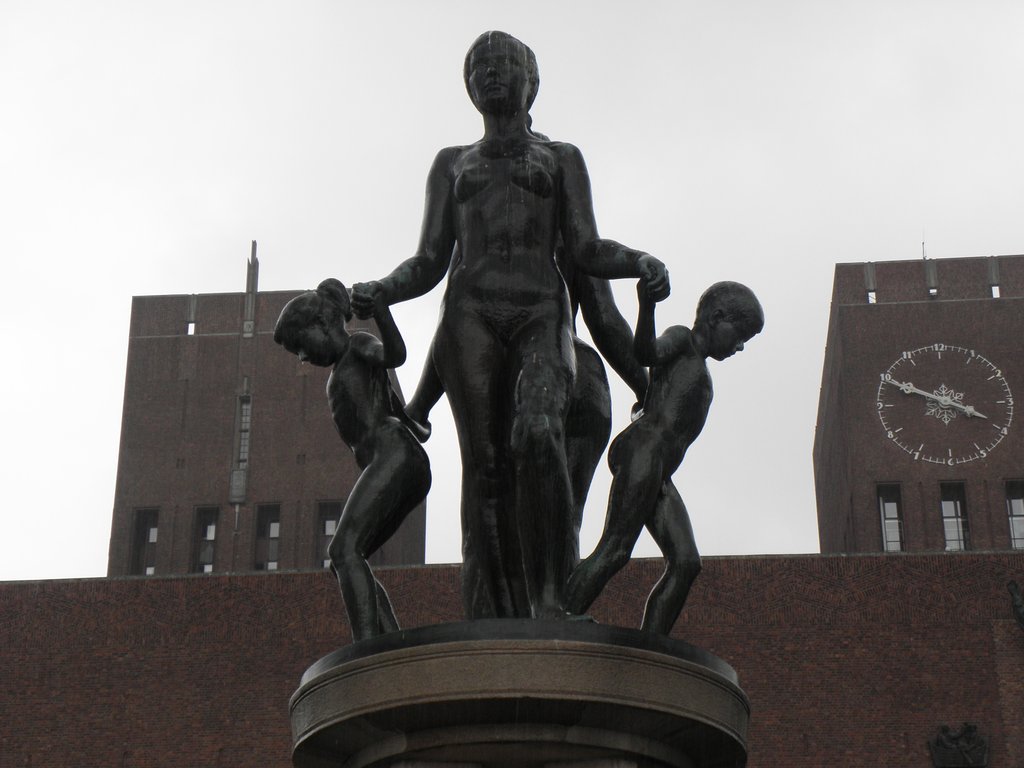 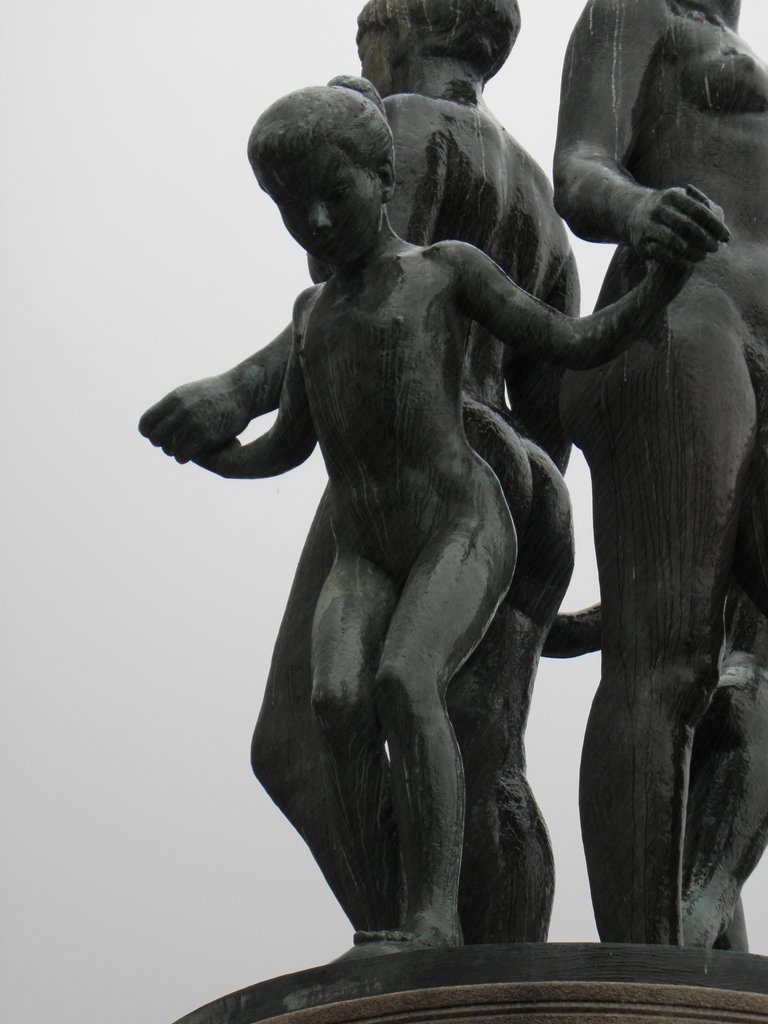 From Bill Tree on January 22, 2012
Why are cultures from the coldest climates often the most comfortable with nudism/naturalism? Socio-politically progressive too.

Shooting photos of European outdoor sculpture is quite frustrating (in my experience), the mind’s eye can see the beauty and the shape. But the camera often just captures dark bronze blobs with streaks of pigeon poop and water stains.

From pipstarr72 on January 24, 2012
I assume you mean Western cultures with the coldest climates seem to be the most comfortable with nudism and naturism. Remember, there are still plenty of tribal cultures where nudity is common. That does appear to be true in general, although it’s not universal (Canada is a pretty cold climate and I don’t think they are particularly more inclined towards naturism than the United States is.) But I don’t know; that’s a good question.