Firestarter redux?  This is the main character from Christopher Pike’s Alosha Trilogy,  and this image was used for the cover of The Shaktra.  This was not the first book in the series, but this is my favorite of all the covers.  Alosha is definitely one bad-ass lass. 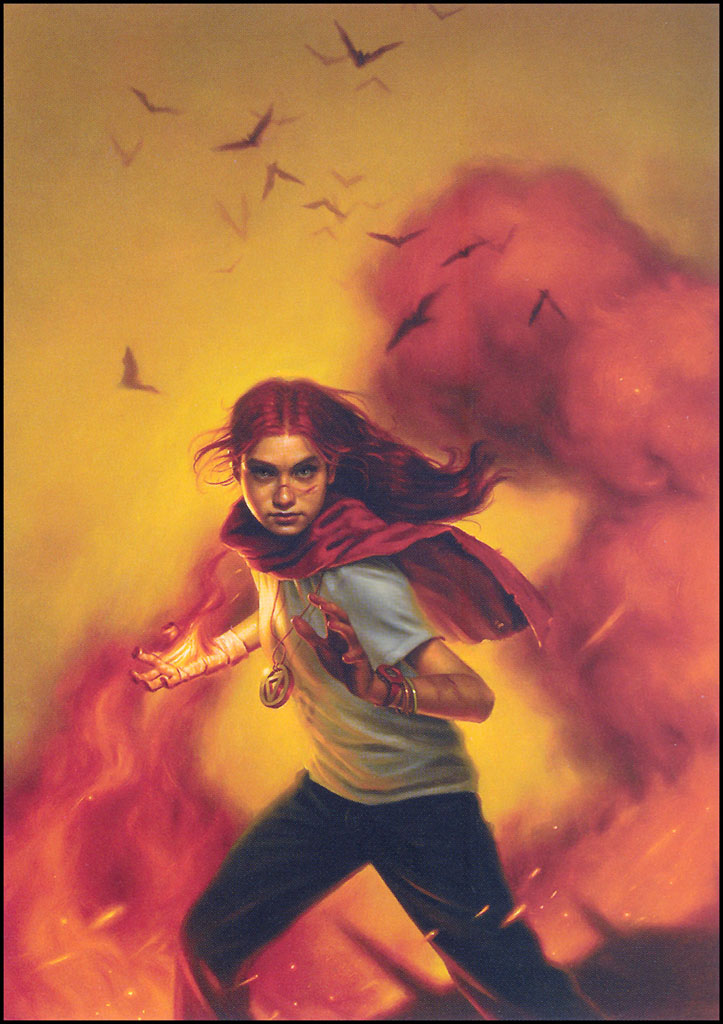 From Bill Tree on December 9, 2011
Glad you’re back up.
I’ve dragged-down several images from your previous posts, I can send them back to you if you are trying to rebuild your archives.

From pipstarr72 on December 9, 2011
Thank you. I’m experiencing mixed emotions over having to reset my computer to factory original. On the one hand I’m happy my laptop wasn’t a total loss; on the other I’m bummed about losing everything saved on it. I appreciate the offer but it won’t be necessary. Everything I’ve posted to date (and much more) is on a flash drive. The stuff I had on the hard drive of the laptop was primarily stuff I was getting ready to post here, most importantly the Jugend stuff and the essay. The images can be replaced (though it will take awhile); I’m much more sick over the loss of the essay, as it was about a month’s work and was quite detailed. I think I might write a shorter one now, just to get the main points across. I don’t know if I’m ready to put that much effort into it again. I also lost a lot of stuff not related to my blog, including, most heartbreakingly, about 50 gig of music, pretty much all the CDs I’d bought over the years. I got rid of the actual CDs last year to make some space in my house but saved all the music on my computer. Sigh. Well, at least there’s Spotify, but I had a lot of obscure stuff on here.