Like many of the best artists, Alice Neel’s work went largely unappreciated during her own lifetime, although she did live to see an interest in her paintings take off in the last twenty years of her life.  A socialist and feminist well before the liberalization of the 1960s, Neel was a true American iconoclast and paid the price for it, not just in the art world but also by her first husband, a traditional Cuban who ran off to Cuba with their second daughter, Isabetta (their first daughter died in infancy) when the girl was two, and thereafter Neel only saw her daughter a few times a year as she was growing up.  Neel had two more children, both sons, from two other men, but the emotional impact of the loss of her first two children was profound and affected the tone and themes of her work.  As with John Costigan, whom I featured yesterday, Neel’s work–which consists mostly of frank portraits of friends and family—is best described as Expressionist.  Motherhood and childhood were common themes in her work. 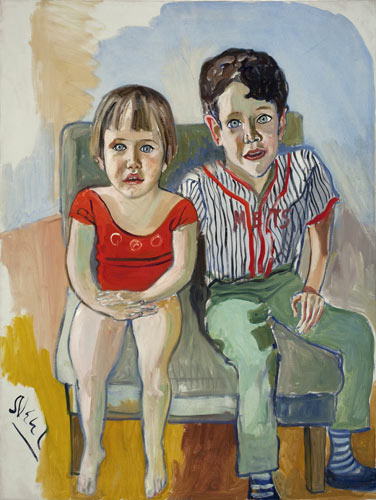 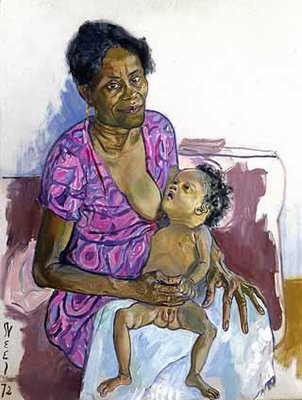 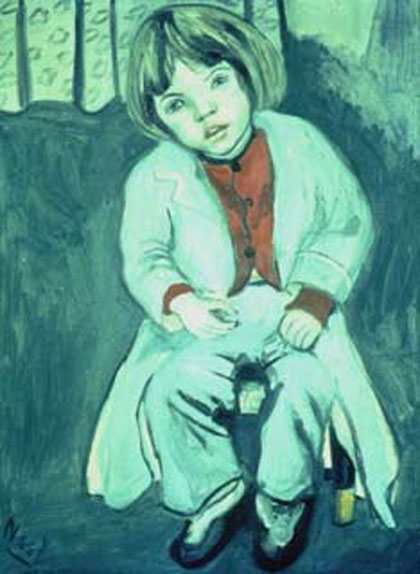 Alice Neel’s daughter-in-law Nancy Neel, wife of her son Richard, and their daughters (Alice’s grandchildren) Olivia and twins Alexandra and Antonia were frequent subjects of her art. Note: one of Neel’s other grandchildren, Elizabeth Neel, became an artist in her own right, and a much respected one. If you’re interested in reading an interview with her, go to this page. I couldn’t find any portraits of Elizabeth as a child painted by Neel herself, but I did find a copy of one done by collage artist Elizabeth Bisbing: 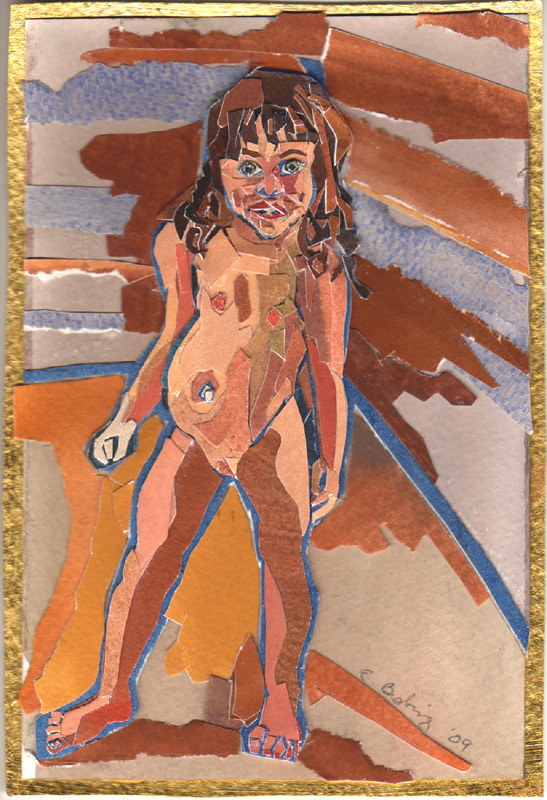 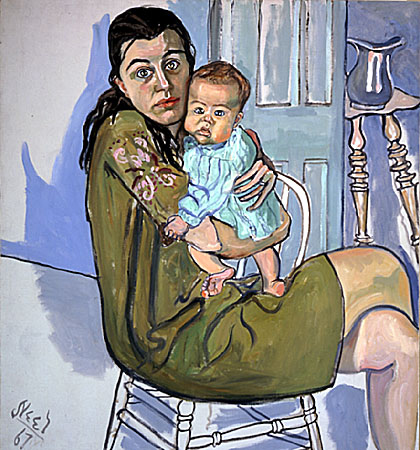 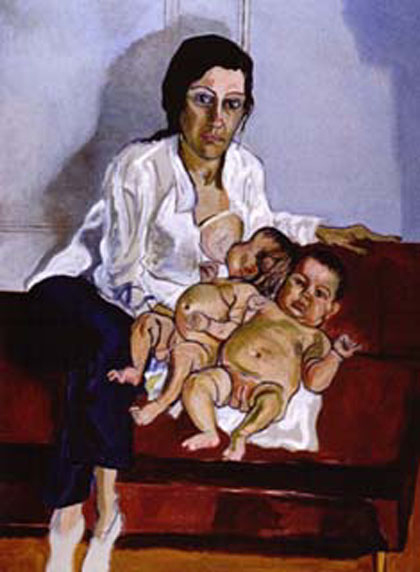 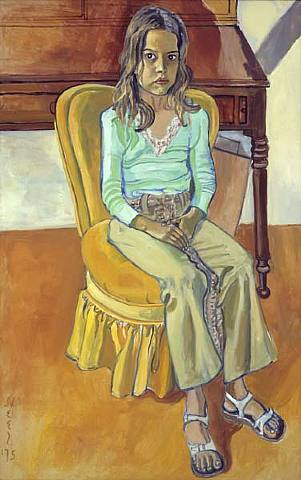 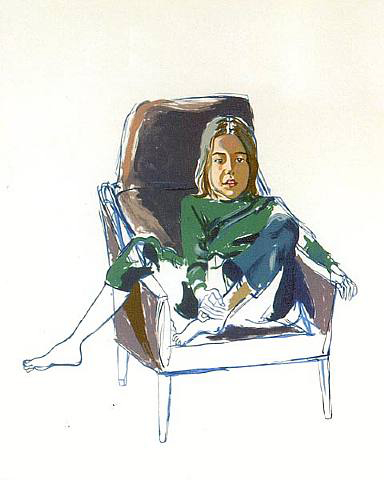 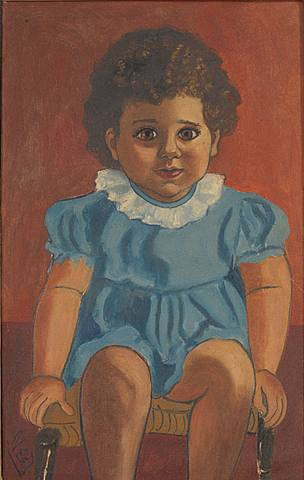 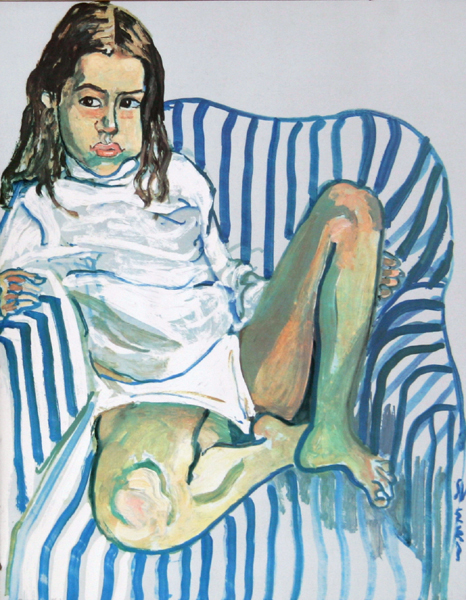 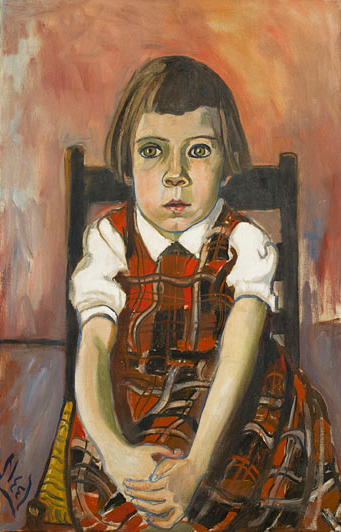 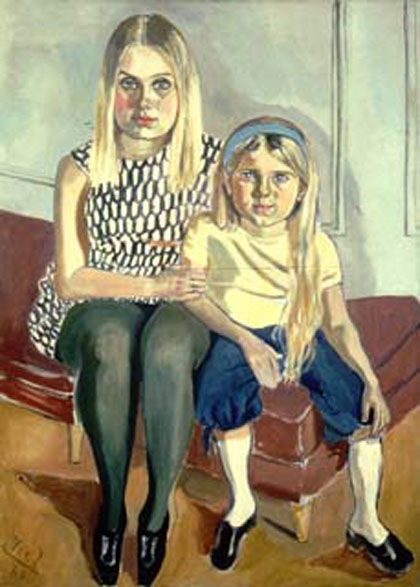 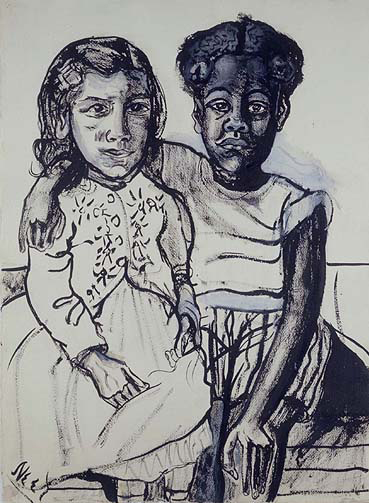 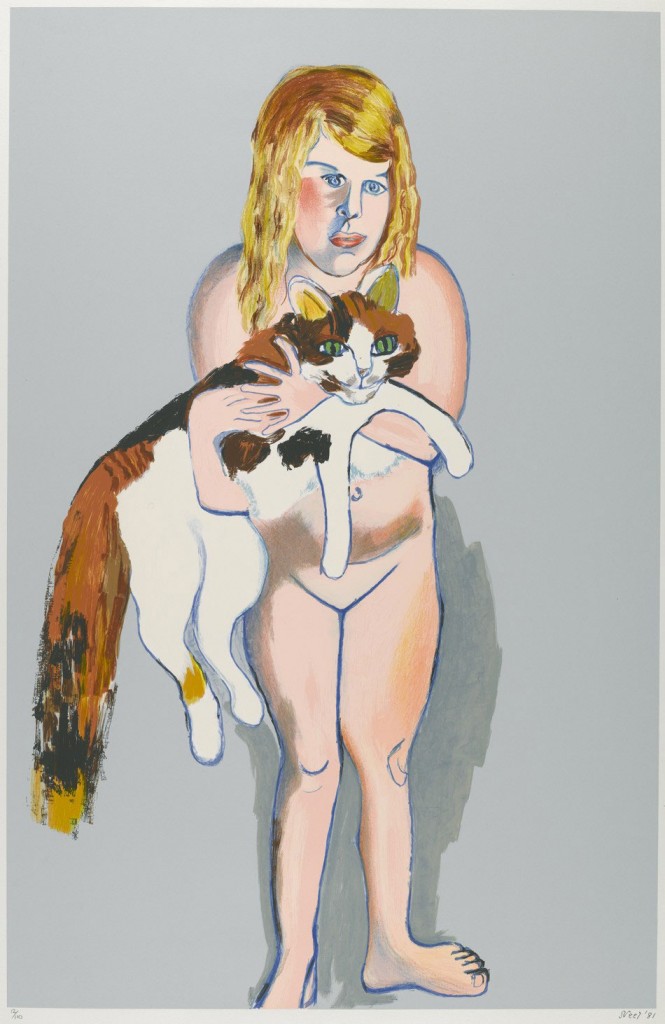 Alice Neel – Victoria and the Cat 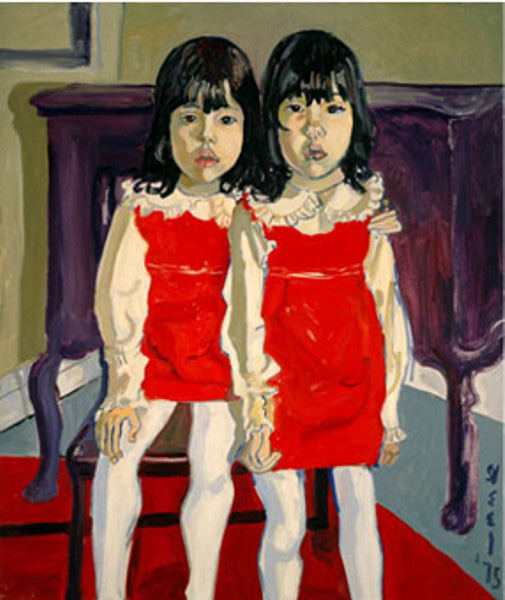 Neel painted feminist author Linda Nochlin (with daughter Daisy) in 1973. Nochlin was known for challenging the prevailing view that artistic genius was inborn and primarily male. 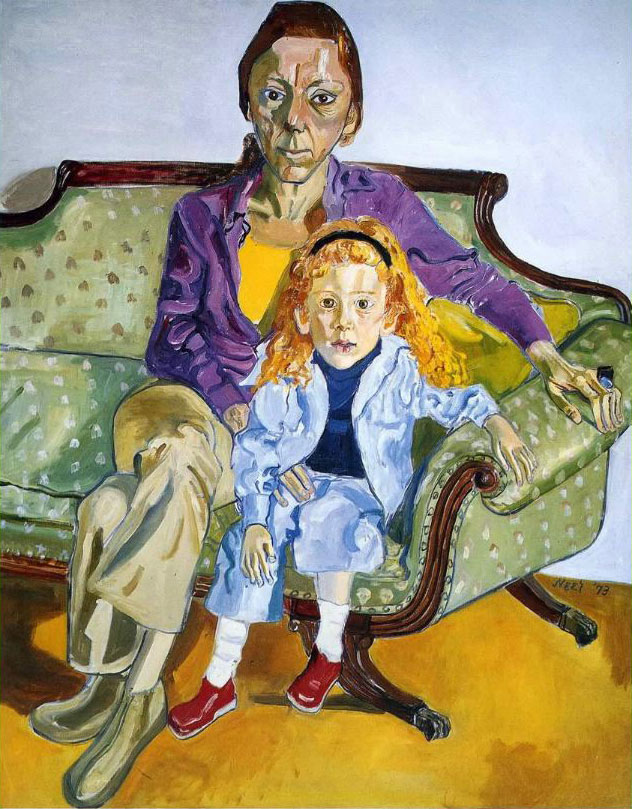 One of my favorite paintings by Neel is this portrait of her daughter Isabetta. What I find most compelling about this work is that, far from being meek and squeamish about posing naked, Isabetta stands with a firm and defiant stance, staring straight at the viewer and daring him or her to see her as she is. 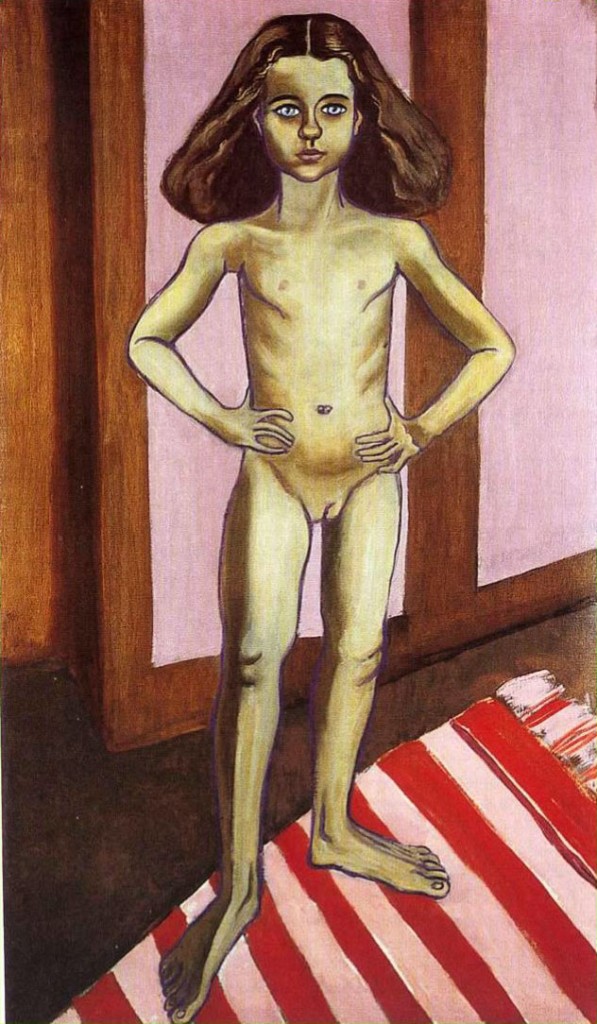 This is the cover of Patricia Hills’s book on Neel. I don’t know the title of the painting on the cover, but I felt it was worth sharing. 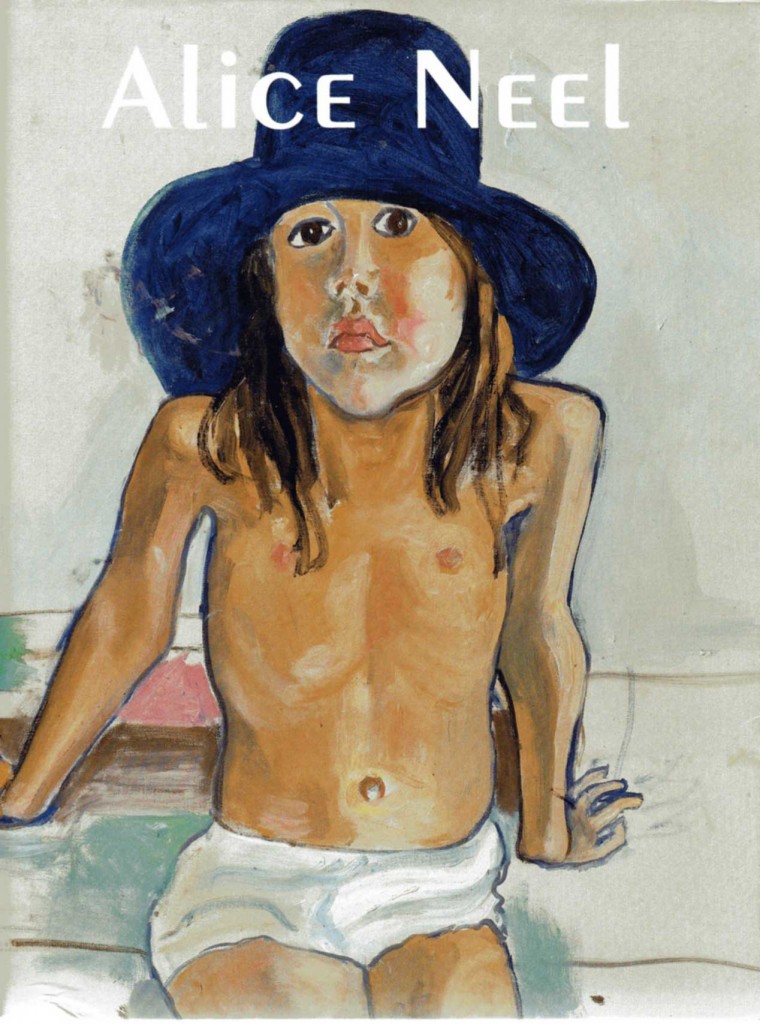 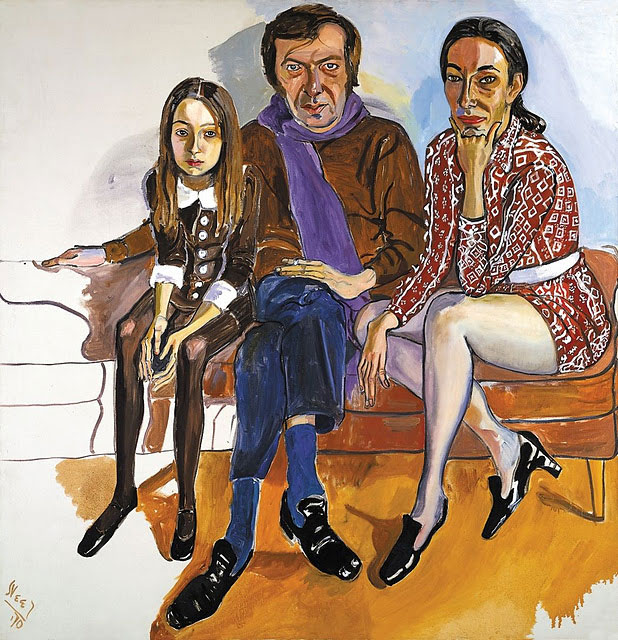 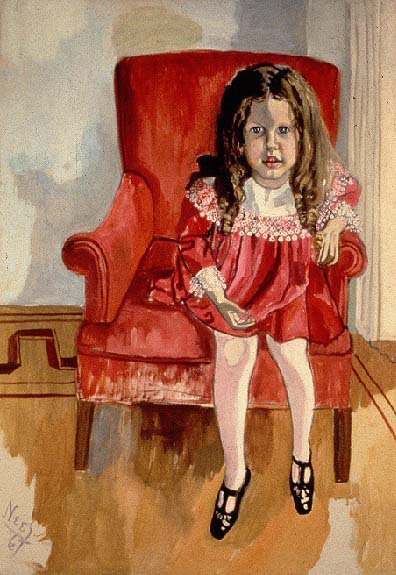 Elizabeth Bisbing (Official Site – more to come from her later)