Let’s do a sculpture today.  I haven’t posted one of those in awhile.  This is a beautiful piece, but unfortunately I’ve been unable to identify either the artist or the title of the piece.  All I’ve been able to glean from the internet about this is its location: the garden of the town hall in Tulle, Limousin, France.  Any help identifying who sculpted this would be greatly appreciated.

Edit: I have since learned the sculptor and title of this piece.  The artist is Leon Laroque and the piece is called La Leçon de Musique.  Many thanks to the diligent Pigtails in Paint reader who did the research and came up with this information! 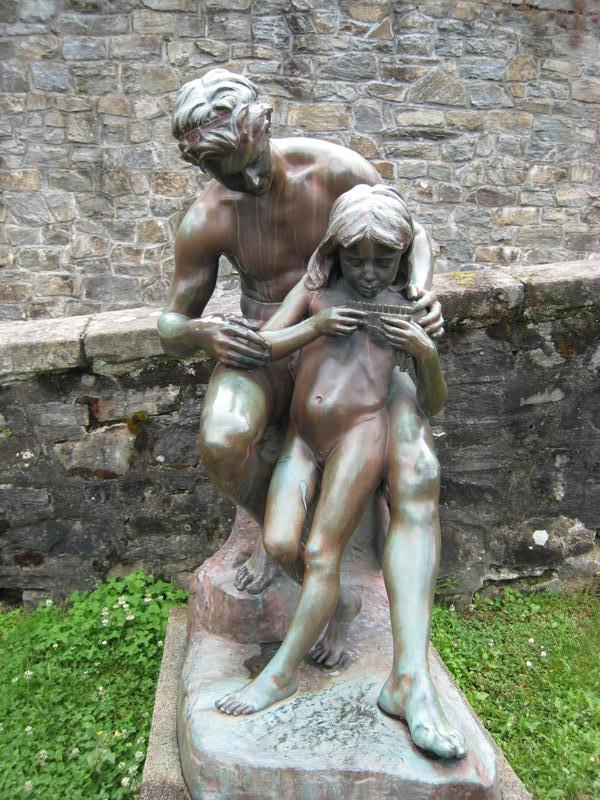 From raymond-stempowska valerie on August 13, 2012
it was the my grand mother ‘father he started to sculpt late in his life because it was a military and he makes many portrait of actresse of his time and of course his family he likes to sculpt marble( the originale marble of la leçon de musique is also a Tulle in the city hall.Regards

From Pip Starr on August 13, 2012
Nice! Thank you for sharing. It’s a beautiful piece. You can certainly be proud!