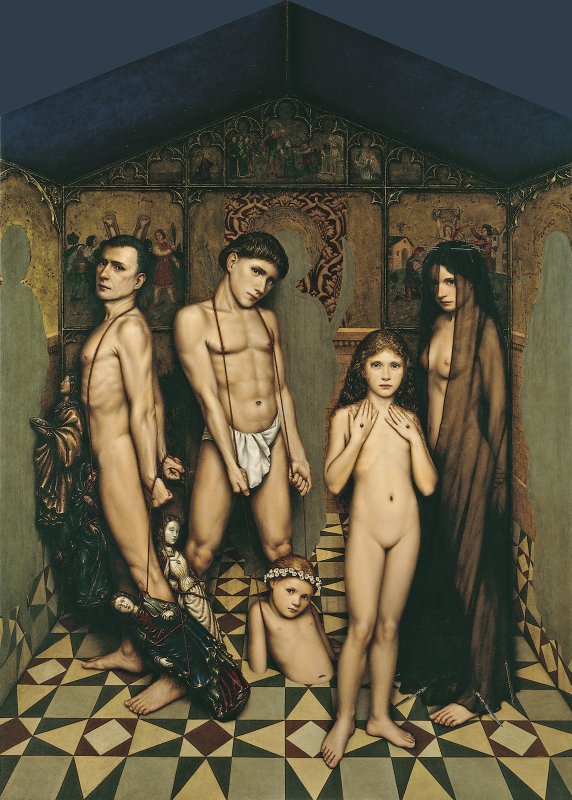 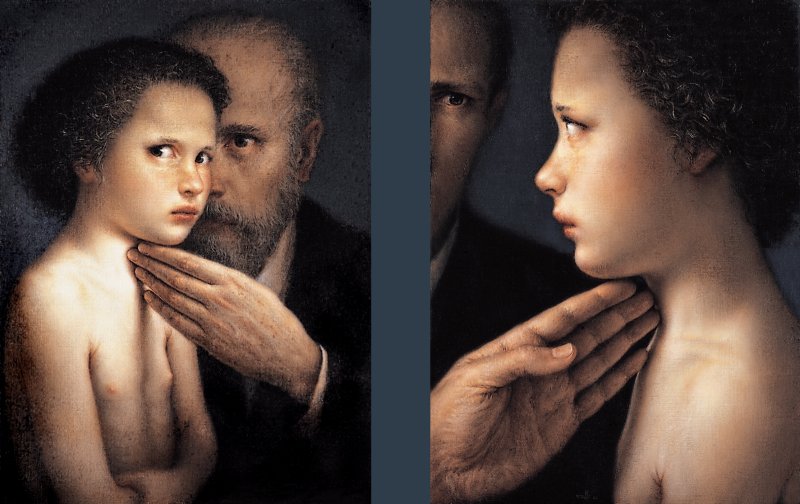 This next one puts me in the mind of Clive Barker’s Hellraiser film. Although a close examination reveals it is some sort of silky cloth, at first glance it looks like the hooks are pulling off her skin: 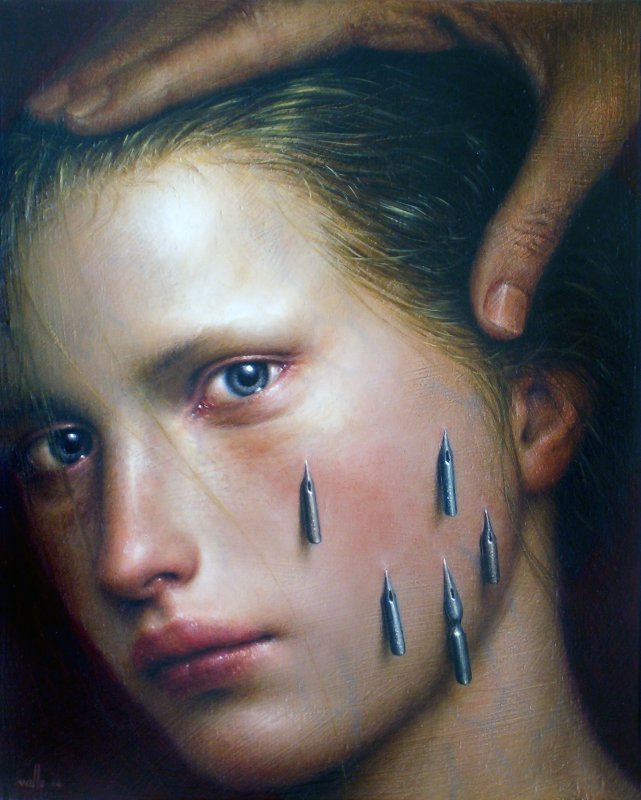 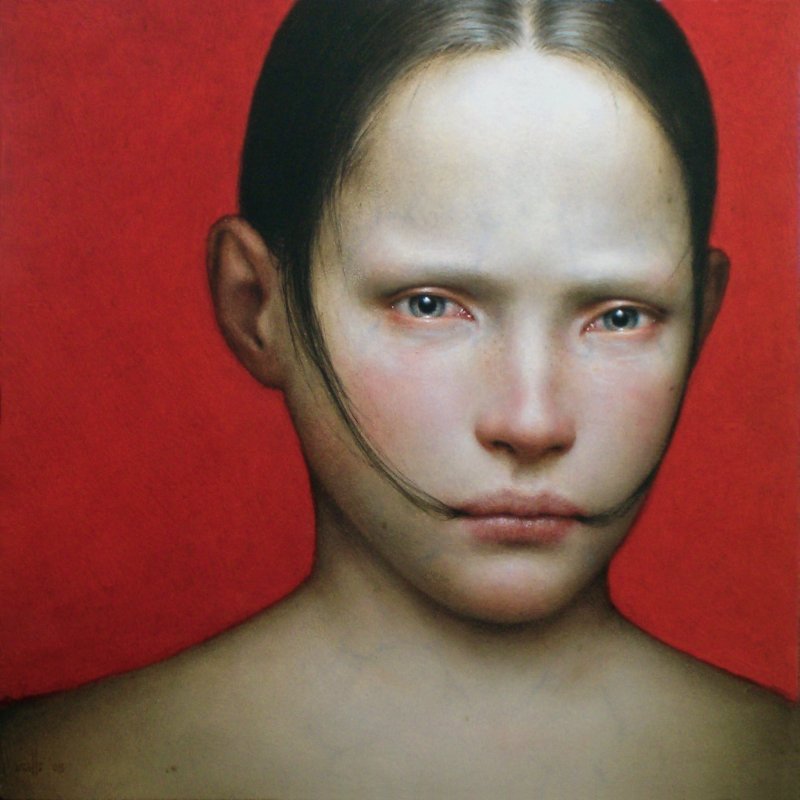 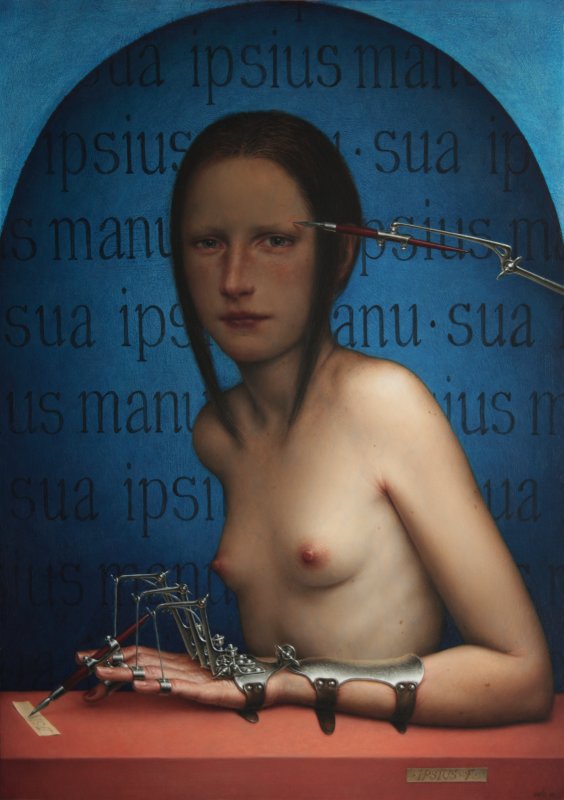 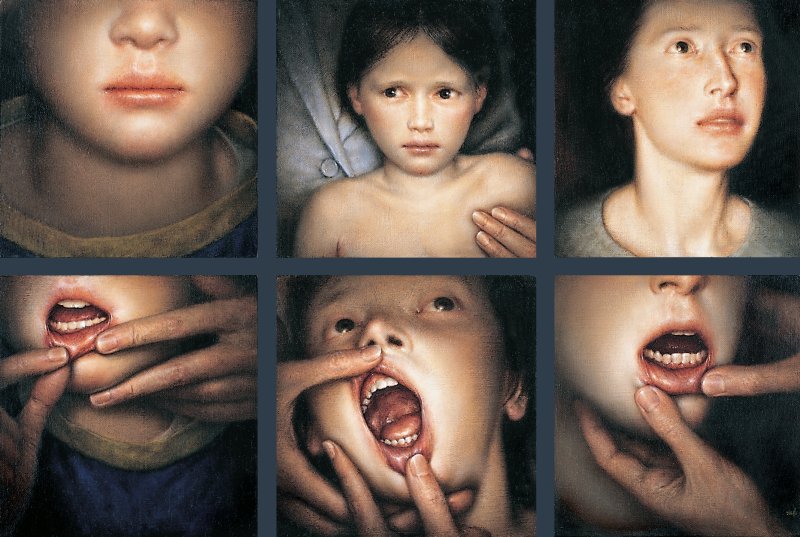 From Bill Tree on October 23, 2011
Amazing technique. And just weird enough to be interesting without being a total turn-off. There’s a story in them that we beg to know.

From pipstarr72 on October 23, 2011
Well, I happen to love weird art, so it rarely turns me off. If I had time for another blog it would be devoted to weird art. Maybe at some point in the future . . . Anyway, I certainly do admire Valls’s skill, the way he utilizes certain fine art styles. A lot of contemporary artists–especially in the lowbrow art movement–do something similar, but they’re generally riffing on pop art, so there’s a humorous edge to their work. Valls, on the other hand, is a master of creating a somber, creepy mood with his pieces: the religious aspects; the subtle torments; the emotionally detached manner of the adults that hover at the edges of some of these images, like Nazi doctors examining the physiology of Jews . . . ‘Discrimen’ actually seems to be a fairly direct reference to the latter. Very powerful.