So, here’s our first big post featuring a dark artist; this one is a surprise for you.  Skitek not only adds horror elements to his work, he also occasionally juxtaposes this with sexual aspects, making us feel uncomfortable with the often naked and vulnerable children in his work.  Other artists have done something similar in their work, most notably Mark Ryden, but Skitek seems to push boundaries even Ryden won’t touch.  I have a theory that many of these artists—particularly those in the lowbrow art movement—are responding to the moral panic surrounding the “sexualization” of children by using morbid themes as a way of psychologically distancing themselves and viewers from the subject, allowing them to look at the erotic child subject through a filter that essentially muddles its effect.

In order to understand what I mean you must step back to the 1950s and early 1960s, when adolescent sexuality was often only dealt with openly in a similar context, particularly B-grade horror and sci-fi films.  Frequently the kids who were obviously “getting it on” were victims of the monster or invading alien.  This way the film became sort of acceptable to mainstream viewers, because there was a built-in moral, and it was this: if you’re sexually active outside of the bounds of what is socially acceptable, then your misdeeds are gonna come back and bite you in the ass.  No less than the master of American horror novels himself, Stephen King, has remarked that, despite it’s reputation of thumbing its nose at decency, the horror genre on the whole tends to be very conservative.  I believe that artists like Ryden and Skitek are operating via a similar motivation (though perhaps unconsciously)–the notion that placing the erotic youth in a horrific context tends to cancel out, or cover up, the shadow of salaciousness which now falls on nearly every representation of nude children in art.  But, by all means, judge for yourself. 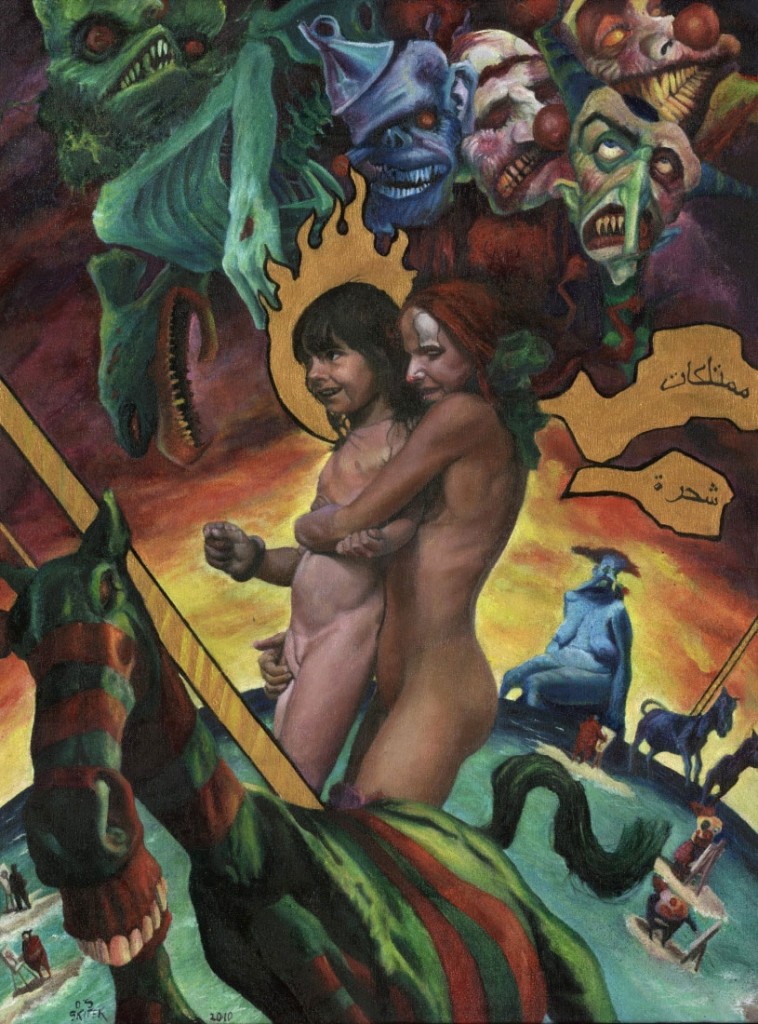 Dariusz Skitek – Heraclitus in the Swamp 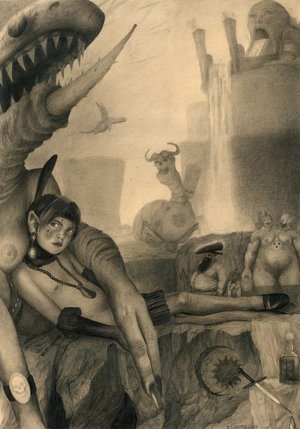 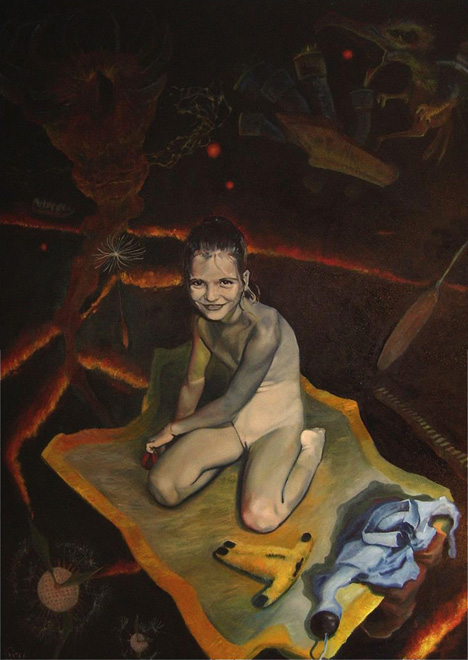 DeviantArt: Dariusz (Note: some of Skitek’s work was deleted by DA as being ‘child erotica’ and Skitek makes an interesting defense–while I think the concept can be argued, I agree with his defense inasmuch as there is a difference between genuine artwork featuring children in a way that might be erotic and ‘child erotica’ as it is understood by law, and Skitek’s work clearly does NOT fall into the latter category. His work is definitely legitimate art and I would shout down any prosecutor, pseudo-feminist or religious nut who tried to argue otherwise. Three cheers for Skitek for putting up a fight on behalf of his work!