If you’re interested in science fiction and fantasy art at all, then you’ve no doubt heard of Michael Whelan. He’s one of the best. Below is a cover design he created for the hardcover edition of the novel Firestarter by Stephen King. It’s one of King’s early novels, and in my opinion one of his best. I would like to do a longer post on Firestarter art, including covers and imagery associated with the 1984 film with Drew Barrymore as the flame-generating lass, Charlie McGee. 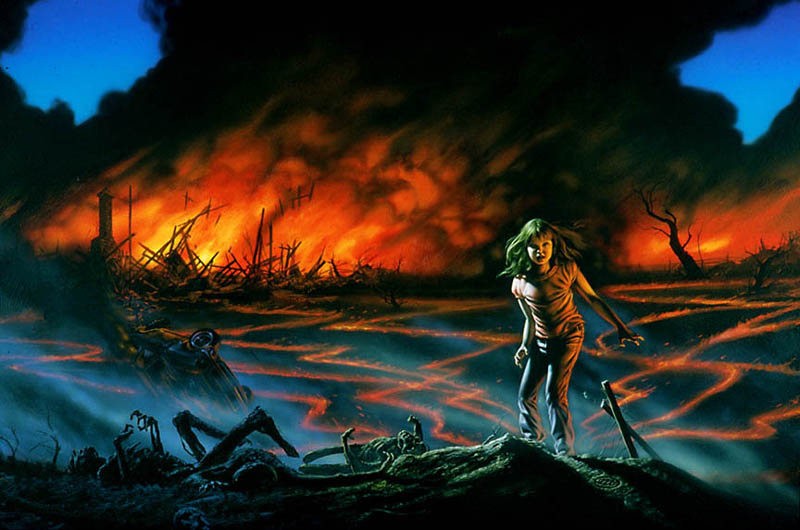