I’ve featured some of his work before, in my post on the Tarot. His name is David Aronson and he’s the artist behind Alchemical Wedding. Not all of Aronson’s work is dark, but some of it certainly is.  First, a few of his Alice-themed pieces from his take on Alice Through the Looking Glass: 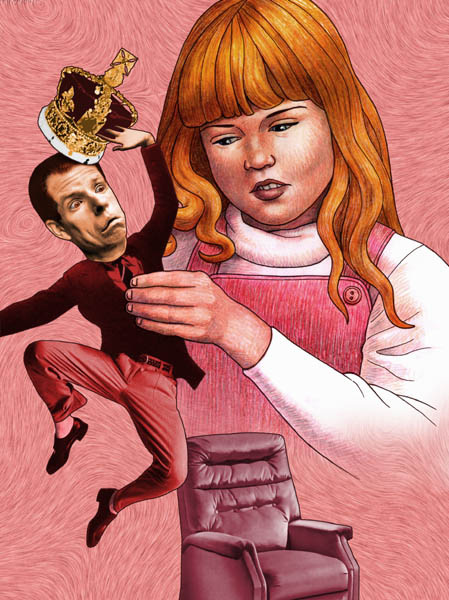 Now some of the illustrations done for Tom Bradley‘s book We’ll See Who Seduces Whom: 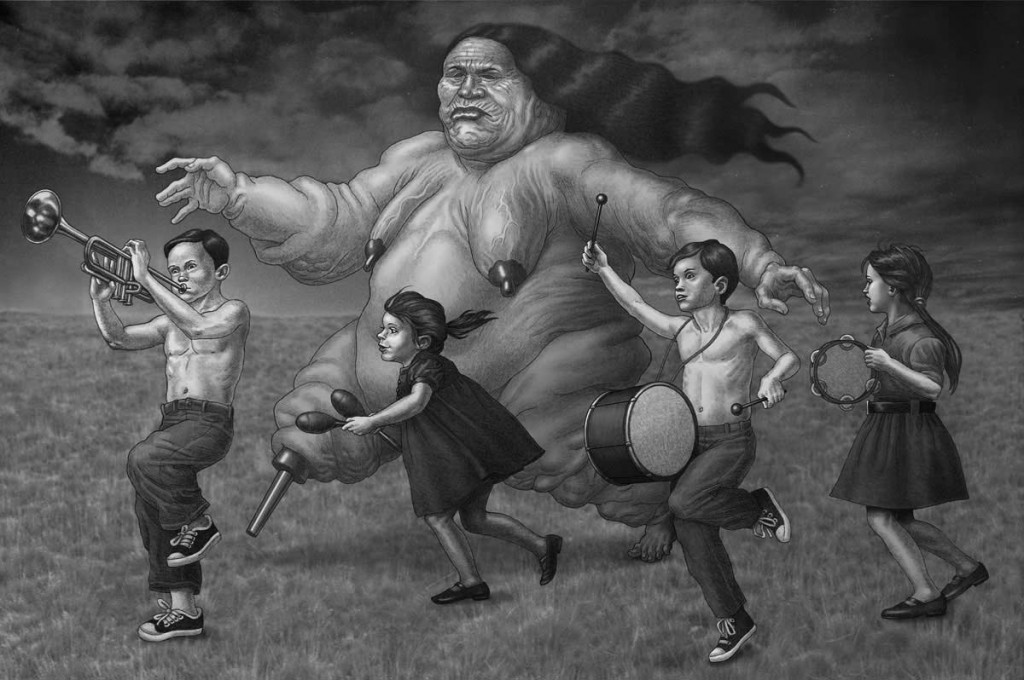 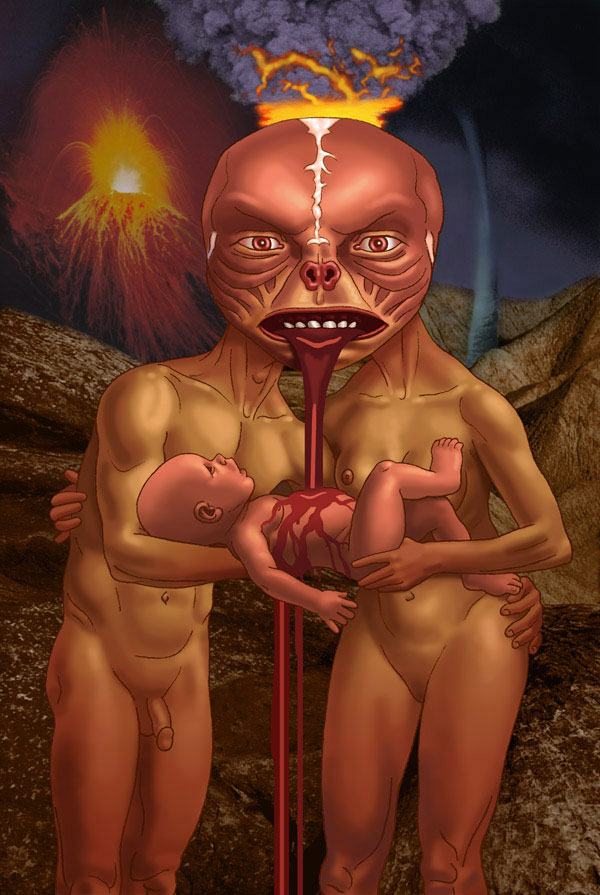 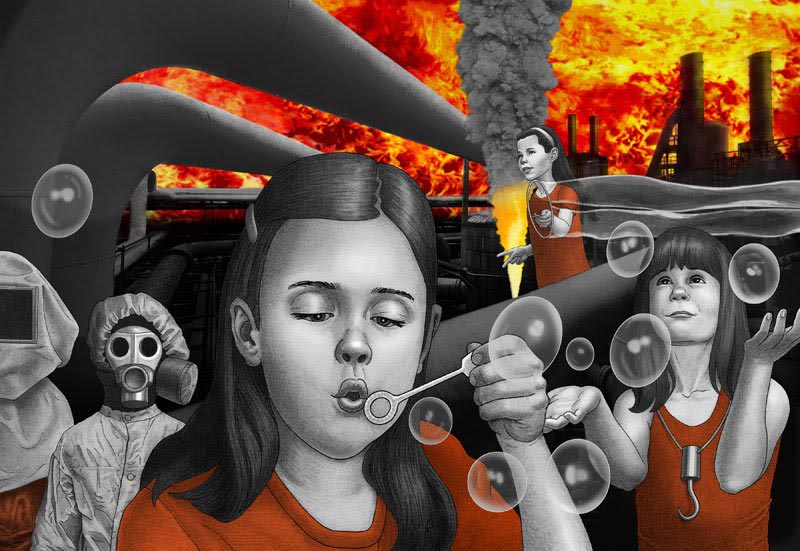 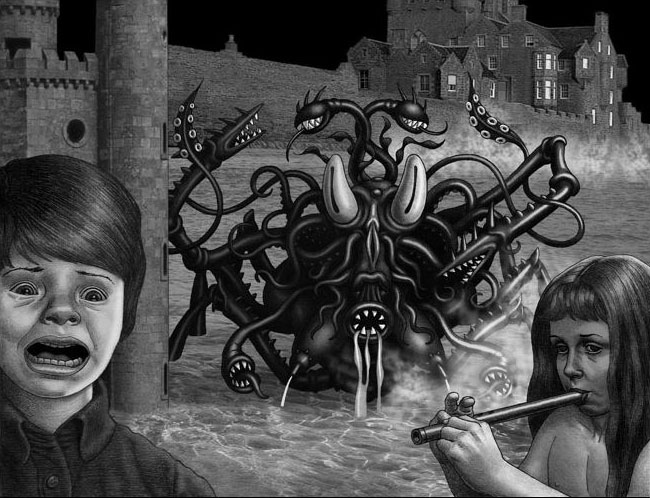 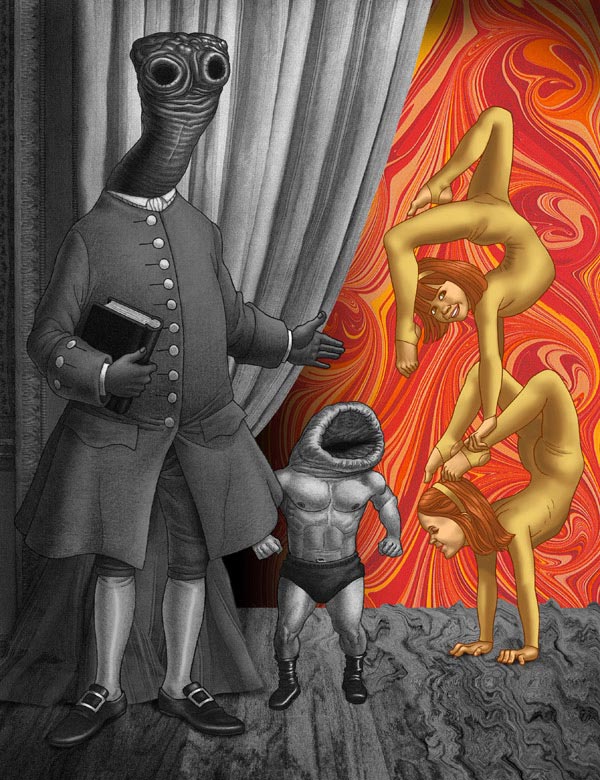 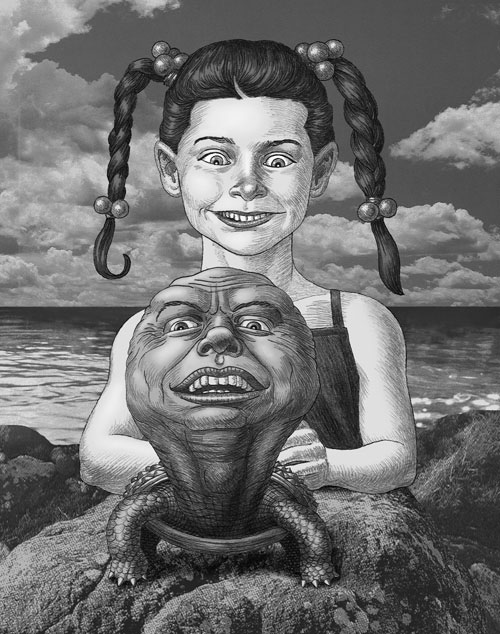 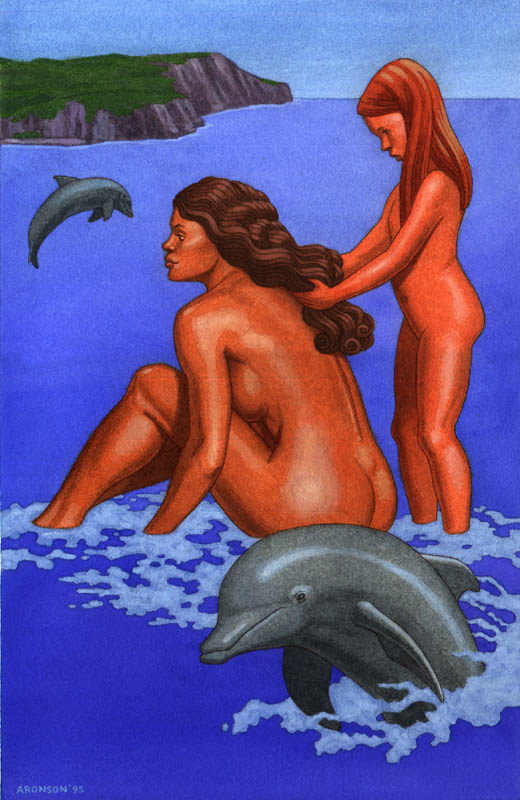 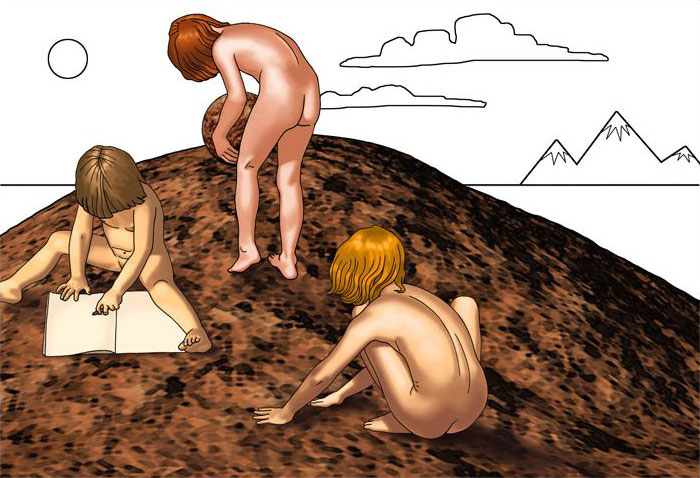 David Aronson – The Mountain Where the World Began 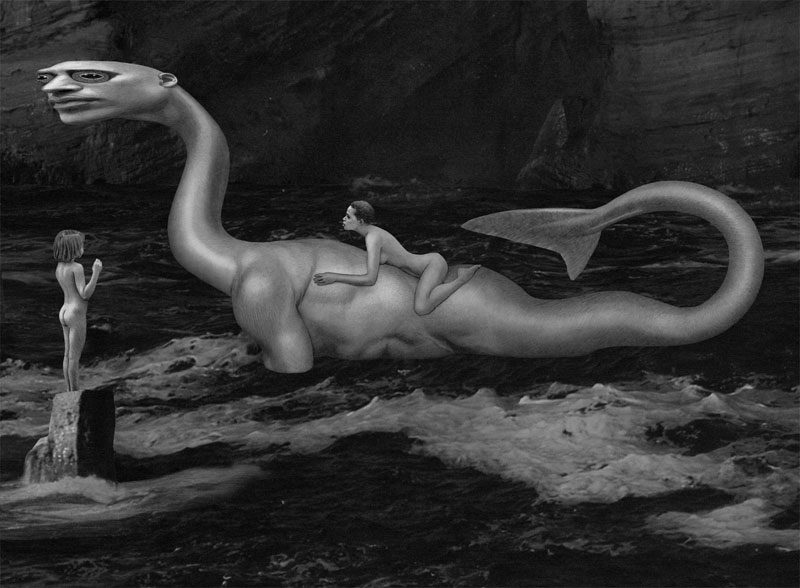 From pipstarr72 on October 27, 2011
Ah, but aren’t you making the mistake of projecting your impressions and feelings onto others? There are pieces that are disturbing enough to me that I can’t really stand to look at them for long (though they’re rare), but other people seem to have no problem with them. And, after all, many people are disturbed by simple child nudity in art, and yet I find it to be incredibly beautiful in most contexts. We are all different.

One question that arises with regard to disturbing art is desensitization. Is it good for us to get used to such things as violent imagery? I suggest that many people arguing against imagery that desensitizes us are begging the question. The assumption that desensitization is necessarily a bad thing is intrinsic to such moralist arguments. Personally I think a degree of desensitization is not only okay, it is good for us. Who wants to freak out at a little violent or sexual imagery? To me that is far more unhealthy and neurotic than being desensitized to nearly everything.

As for Aronson’s style, well it is rooted in the lowbrow art movement, which combines pop art, children’s illustration, fine art . . . it pretty much appropriates everything. The point, I think, is to eschew limitations, both cultural and social. As with a lot of lowbrow art, Aronson often mixes humor and horror for a rather peculiar effect that is its own kind of transgression. The fact that we don’t always know how to feel about these pieces is, I think, precisely the point.

From Rev. Bill Tree on October 27, 2011
Just as a caveat…I want to defend my position by just reminding that it’s only a position. I enjoy art to the point that I even enjoy not liking art. It’s part of what makes art. ‘Tis better for art to offend than to have no effect at all.