He was called by his contemporaries “The Dean of Illustrators” and, yes, he was that good.  I’m speaking, of course, of Dean Cornwell.  At the height of his illustrative powers his name was as well-known in the US as Norman Rockwell, and his work nearly as ubiquitous.  These days he’s been all but forgotten, which is a shame.  Personally I prefer his work to that of Rockwell, who tends a little too much towards silliness and pathos. 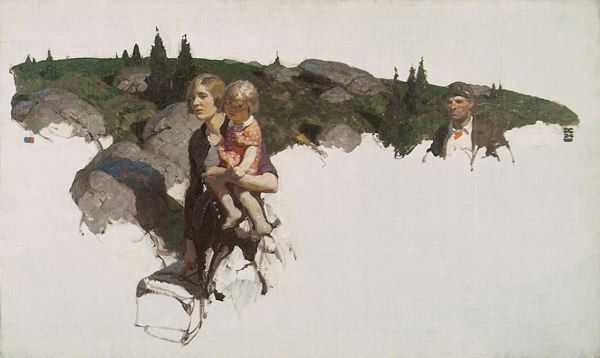 The following was one of illustrations Cornwell did for Bruce Barton’s “The Man of Galilee” articles. They’re some of Cornwell’s best work, in my estimation: Now we get to his murals. The first two are the same scene—they are the full painting and a sketch for the piece (respectively) from a series of murals collectively called Great Eras of California History, all of which are in the Lowdrick M. Cook Rotunda of the Los Angeles Public Library. In fact, there’s loads of beautiful art and architecture to be seen at the library. Dean Cornwell – Sketch for ‘The Founding of Los Angeles’

Here are two more of the murals from the same series.

Details from other murals: 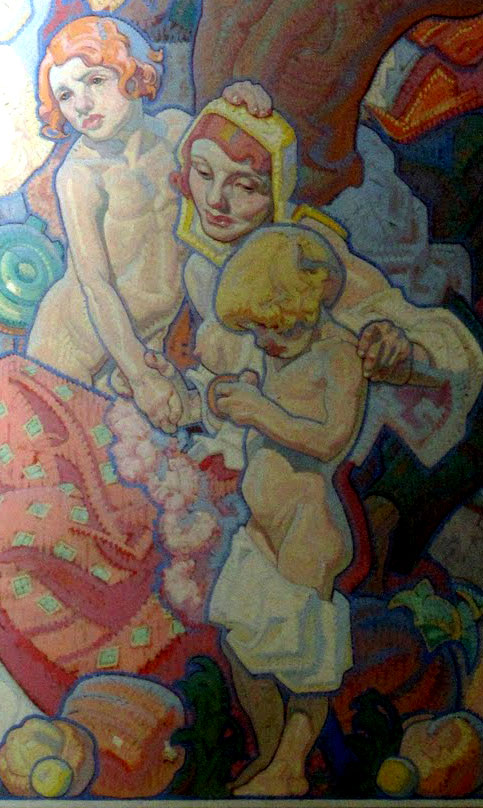 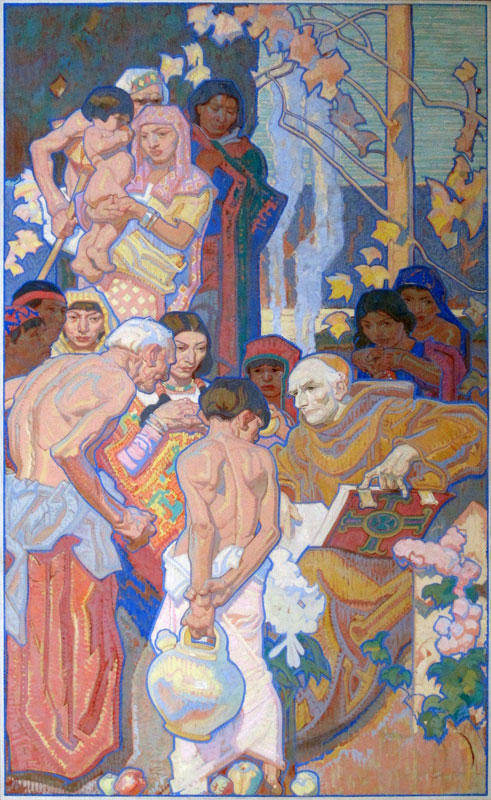 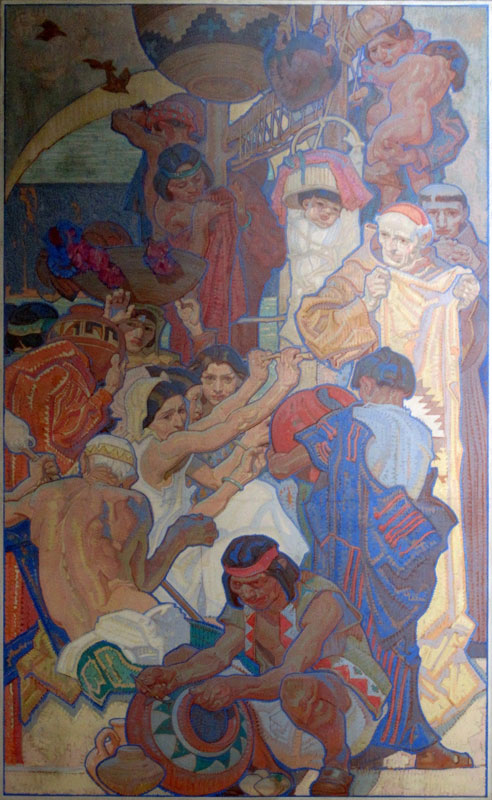 4 thoughts on “The Dean’s Girls”