Another experimental short film, this time one directed by Joseph Cornell. It’s called The Midnight Party and was made sometime between 1938 and 1940. The film contains a lovely scene featuring a young girl riding a white pony Lady Godiva-style. You can watch the excerpt below.  The film was the centerpiece of an art show of the same name that took place earlier this year at the Walker Art Center in Minneapolis and which, ironically, also featured some of Ernst Ludwig Kirchner’s works.

Cotillion does contain some young girls, but the majority of it is circus footage of varying interest. The more fascinating film is The Midnight Party, which is, indeed, footage of a children’s party featuring scenes of them dancing, frolicking and the like. The Little Godiva girl only comes in at the very end, if you just want to see that scene, but at right under eleven minutes combined, the two films are not much of an investment of your time.

Cornell is of course recognized particularly as an innovator of sculpture and assemblage using ‘found objects.’  He was apparently extremely reclusive and wary of other people, particularly men (although he did father four children), and his last major show was arranged solely for kids. 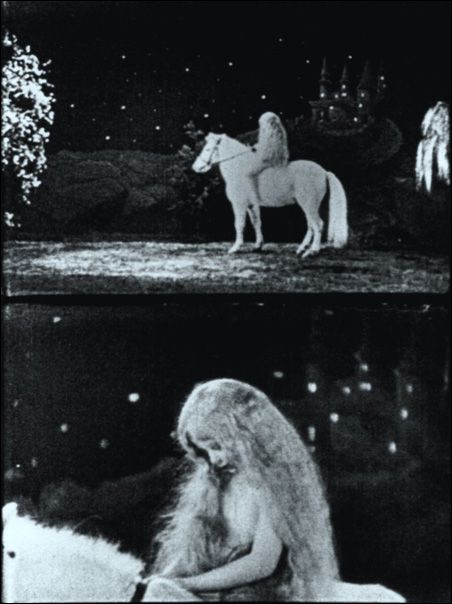 *The original link to the film on YouTube was removed due to copyright infringement.  The copyright holder for this film and a number of others by Cornell is the Museum of Modern Art (MOMA).