My college photography teacher introduced me to the work of Joel-Peter Witkin.  His photographs are odd both in style and subject matter.  He frequently gives them a grungy vintage feel by deliberately scratching the negatives; that, combined with the fact that he tends to photograph damaged and misshapen humans, often gives the viewer the impression he is looking at casting photos for Tod Browning’s Freaks.  Among his oddities there is this little gem, Nude with Mask, an image of a little girl sprawled across a chair and naked save for a cat mask; her pose seems to be a conscious parody of classic erotica.  Witkin’s photos, including this one, were partly the inspiration for the award-nominated music video “Closer” by Nine Inch Nails. (Note: it is rife with sexual imagery and some nudity.) 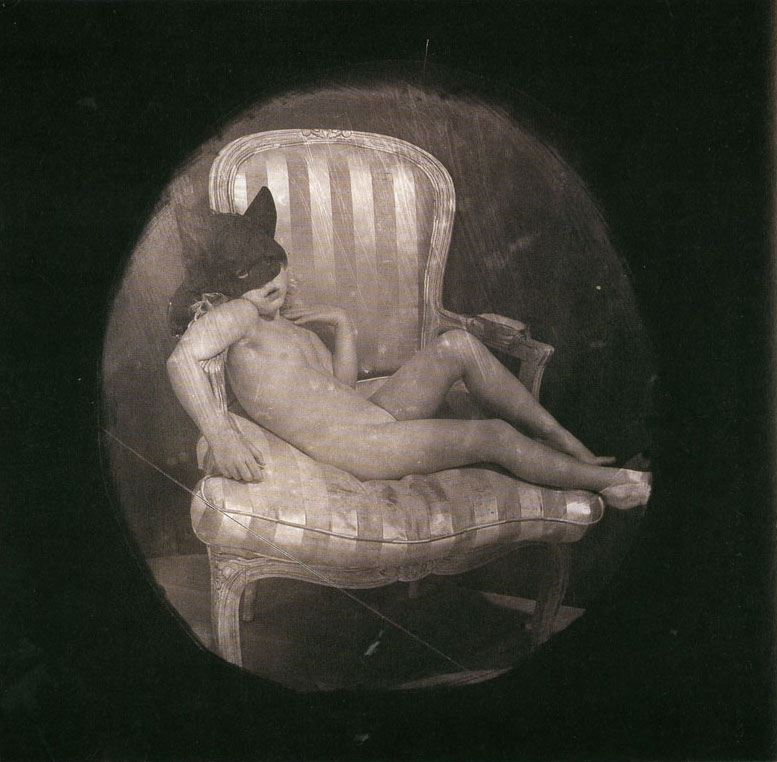