I scanned this from an old magazine, but unfortunately I neglected to check for information about the photographer and have since discarded the magazine. I’ve always found Christina Ricci a compelling individual. Even as a child—or perhaps especially as a child—she possessed an eery magnetism that made her perfect for roles like Wednesday Addams in The Addams Family movies and Kat Harvey in Casper. It’s interesting to note that Ricci can trace her career as a famous child star directly to a part in a school play which she obtained via a rather devious plan that worked perfectly. From Wikipedia: “A critic for the Bergen Record discovered Ricci at age eight in a school play (The Twelve Days of Christmas) at Edgemont School in Montclair, New Jersey. The critic’s son was originally cast in the role, but Ricci got him to hit her and told on him; he lost the role to her as part of his punishment.”

Update: I have since discovered that the photographer was Mary Ellen Mark.  For further info, see below. 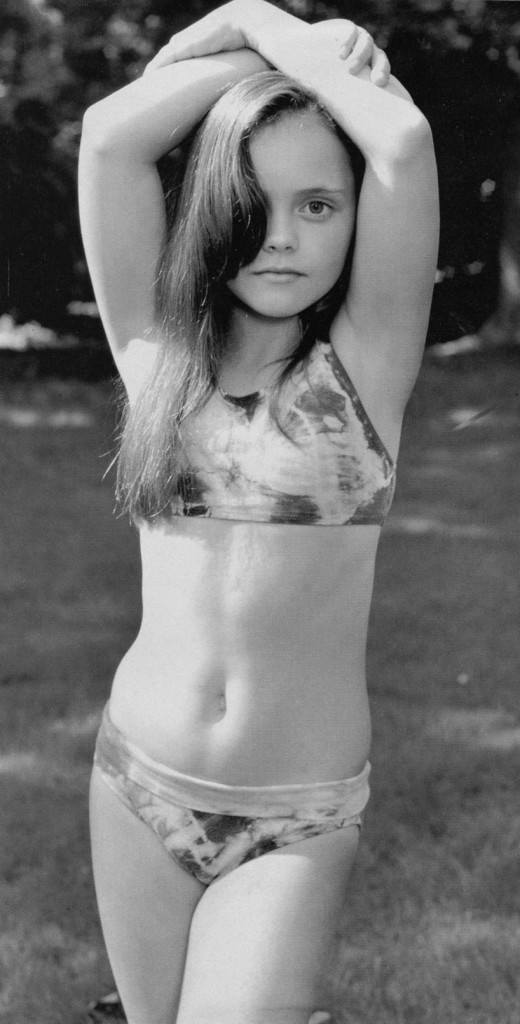 This supplemental information was posted on September 11, 2011:

In June I made this post. At the time I did not know who the photographer was. About every other day I take a look at the referrers to my site, which occasionally prove quite interesting. One of the referrers I checked this evening revealed that the photographer for this image was none other than Mary Ellen Mark. I’m excited about this discovery because Mark is an A-list photographer. Wikipedia quotes her on her child photography: “I’ve always felt that children and teenagers are not ‘children,’ they’re small people. I look at them as little people and I either like them or I don’t like them.”