Here we have some of Dean Karr’s photographic artwork created for the metal band Union Underground’s album An Education in Rebellion. Band member John Moyer, in an interview, elaborates on the model:

Her name is Anna Belise, she’s a New York child model and we found her in a model search in a magazine…she had this real unique look of defiance and we did the shoot…the actual picture that made it to the record was her in total rebellion of what was going on and I can show you some video of her just sitting there in the freezing cold, it was in New York, she was in a short sleeve shirt, wearing practically nothing and doing a 3 hour photo shoot and it was really intense and she looks blue on the cover…some people think that’s makeup, she’s freezing cold. In addition to that the writing that’s on the cover is actually her writing, that wasn’t done on a computer or anything like that, that was her writing it on a chalkboard and we took it right off the chalkboard and used it on the front of the record.

(I took the liberty of correcting some spelling and grammatical errors in the above quote, of which there were many.  Note also that the image of the girl writing on a chalkboard referred to by Moyer is actually not on the front cover.  The front cover is directly below.) 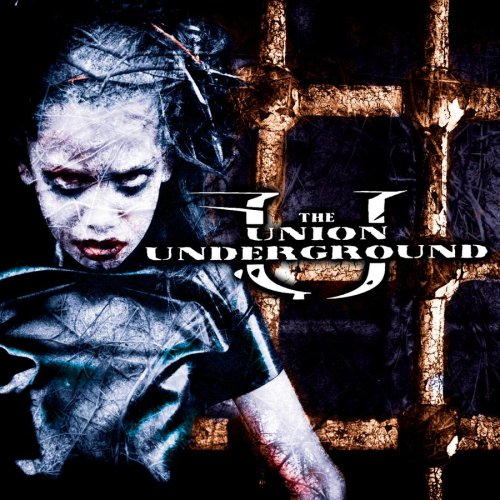 Here’s the chalkboard image referred to by Moyer: 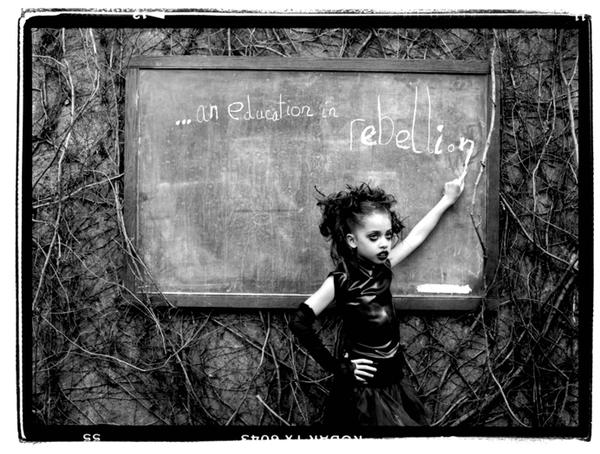