I’ve long held a fascination with the Tarot, particularly the Major Arcana.  Although there is a generalized agreed-upon symbology with the Tarot deck, it is not always adhered to in the designs of the various decks.  Nevertheless, one card that tends to change very little is Arcanum 19: The Sun.  Considered by many  the best card in the deck, it almost always features one or two children as the central figure(s), along with the anthropomorphized sun itself.  When there are two children represented, they are usually male and female, often nude.  I’ve never found it particularly surprising that this card has developed as it has over the ages, with happy naked children under a blazing sun representing all that is beautiful and magnificent about life and the best aspects of mankind. Here’s a pretty good summary of all that this important card represents to Tarot readers.

I don’t know the artist or the original deck from which this first card is taken, but I know it is an old one and has been reproduced many times. 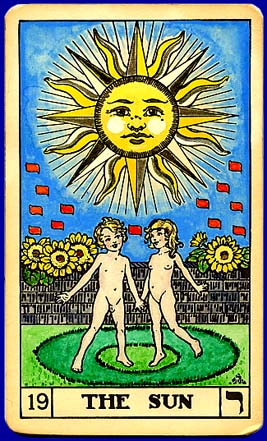 A digital version of the card above: 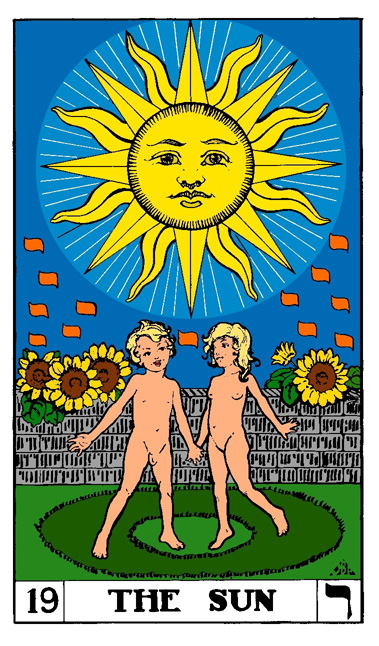 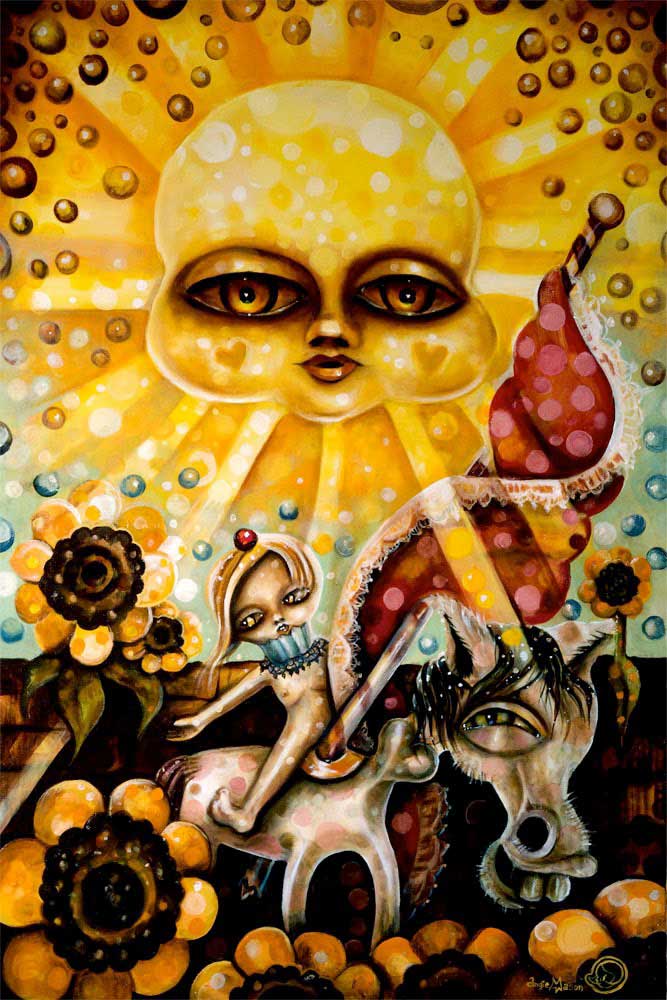 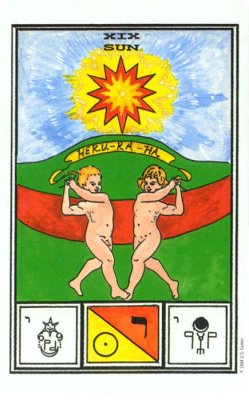 Bea Nettles’ Mountain Dream Tarot is notable for being the first tarot deck to use photographic imagery.  If anyone has a better/larger scan of this, I would love to have it:

[151016] Ever since I first read this post, I was fascinated about this odd niche of tarot art.  I also learned something of the personal story behind this particular deck and purchased it to offer you better quality scans. 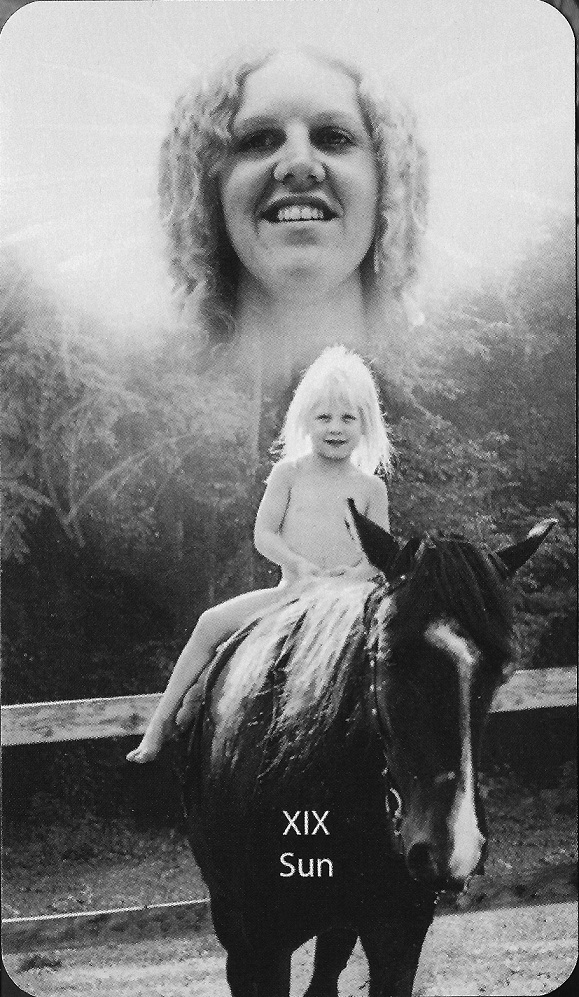 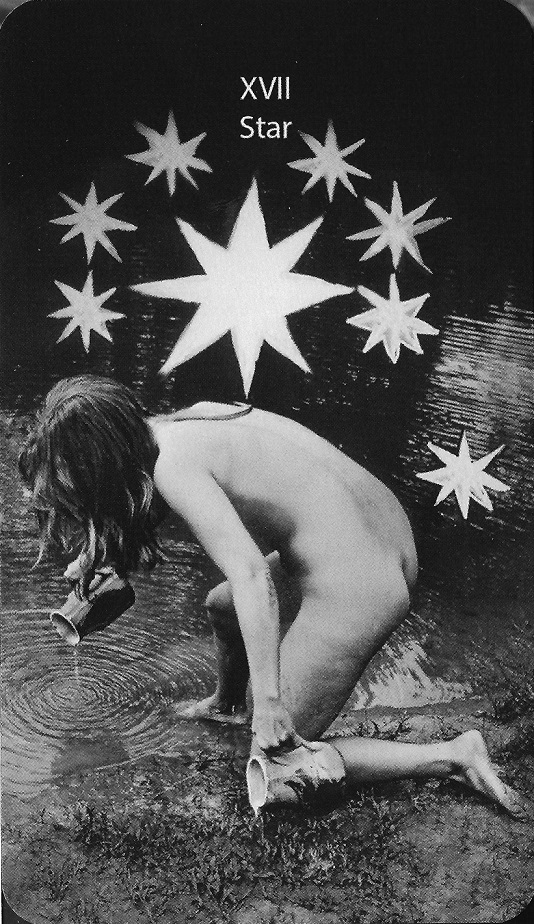 In a short message, Nettles shared additional background information which gives context to the deck.  The new deck available at her website has changed slightly over the three editions. The models are all the same except for the Pages of Cups and Swords who are are her son and daughter, and the Page of Wands who was a young student at Penland. With the introduction of PhotoShop, she was tempted to retouch and modify elements that had been very difficult to create in a conventional darkroom. Each time the cards were reprinted, the format changed to become a bit longer and narrower. This was due to the box design, an element outside her control and thus the cards are now the “standard” tarot size. Given the human interest story behind this deck, it was suggested that it be accompanied by a story board, telling some of personal details and anecdotes.  Most of the models are her family and friends and a few willing Penland craftspeople that she had met.  Penland is a crafts school in North Carolina where most of the deck was shot. -Ron

The Alchemical Wedding Tarot by Dave Aronson is one of my favorite decks overall. You gotta love that sun: 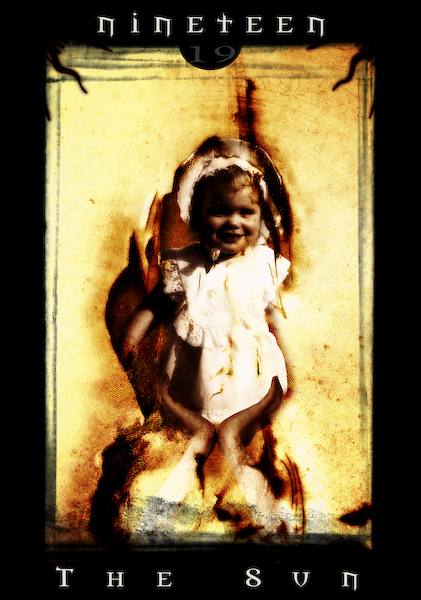 A few from DeviantArt: 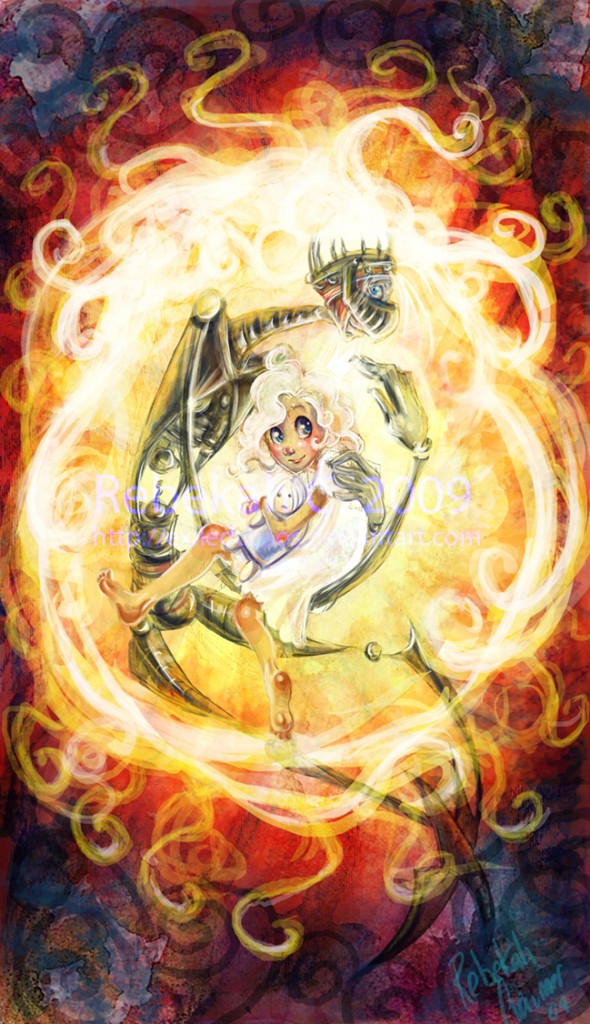 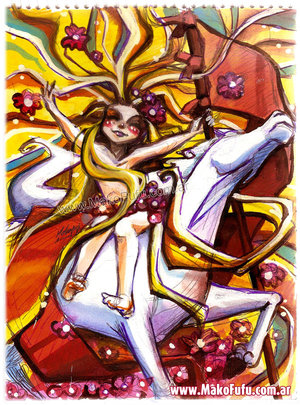 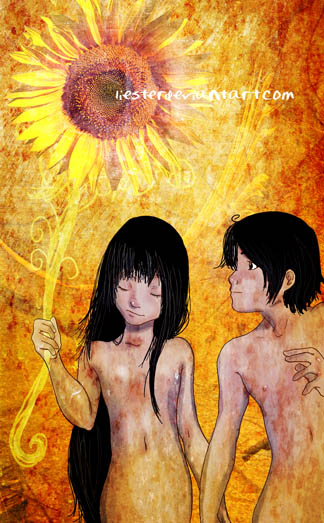 The rest of these sun cards are all from unknown artists and decks. 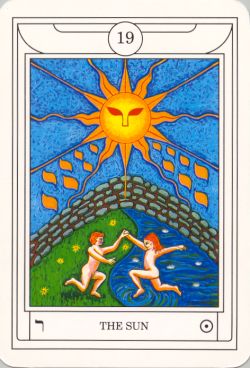 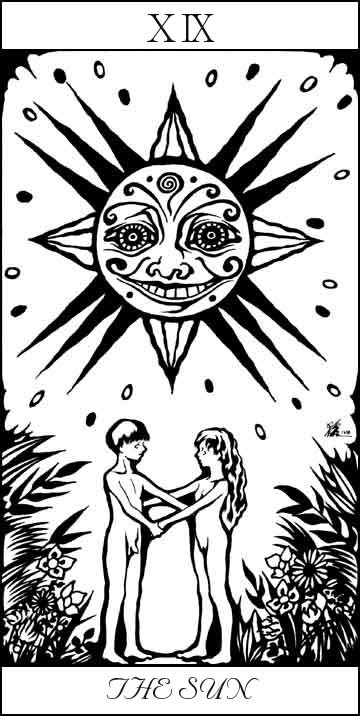 And here’s an assortment of cards other than The Sun featuring girls: 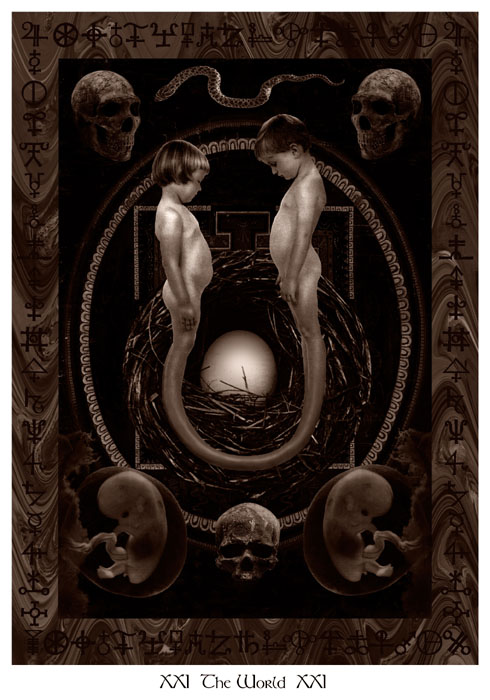 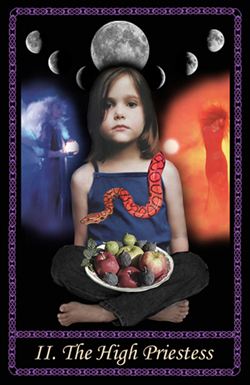