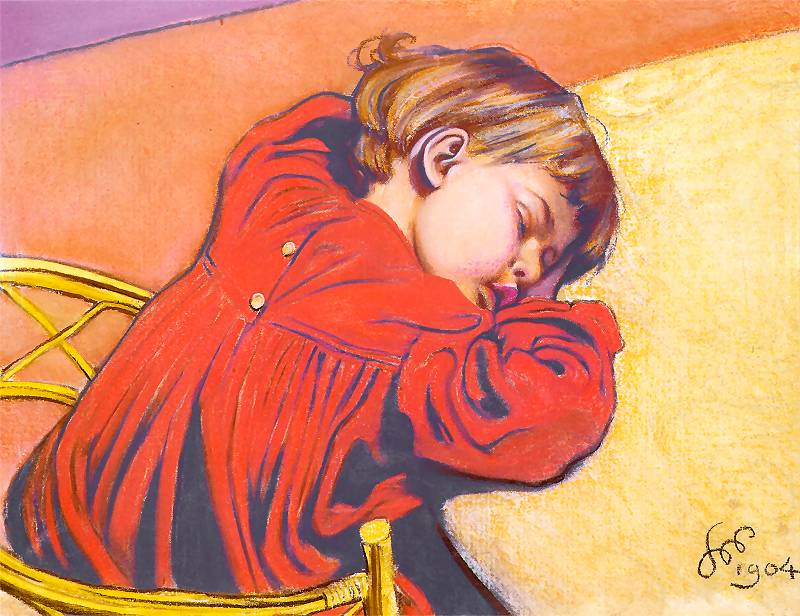 Edit: I have since learned that this is a painting of Wyspiański’s son, an easy mistake to make.  However, I will leave this post anyway, as it exemplifies the fact that up until the early 20th century, preschool-aged boys were often dressed very similarly to girls, wearing long hair and even dresses. – Pip