Paul Pope’s drawing based on a scene from ‘The Apple Pie’ by Moebius, which I featured yesterday. Pope’s take on this inspired several (mostly horrid) versions by a number of other artists, which can be seen at the Quenched Consciousness blog linked in the Moebius article. 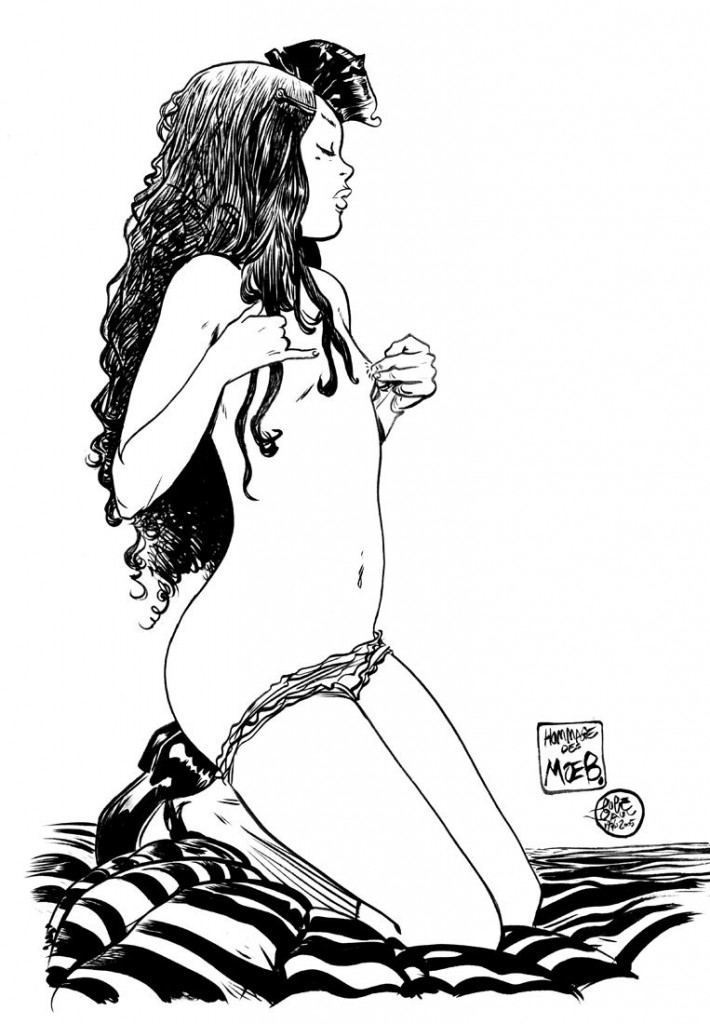 PULPHOPE (Pope’s blog, where the above image appears.)