French artist Jean Giraud, better known under his nom de comics, Moebius, has produced some of the most imaginative and brilliant sequential art stories of the last fifty years, notably in the science fiction, fantasy and western genres. In addition to his comics work, he has also created storyboards and designs for several sci-fi and fantasy films, including Alien, Tron, Willow, The Abyss and The Fifth Element, and the influence of his somewhat surrealistic style is evident in several more films, including the second Star Wars trilogy.  (If you really want your mind blown, check out Moebius’s character designs for the unrealized Alejandro Jodorowsky film adaptation of Frank Herbert’s Dune.)

Early in his career Moebius created a series of short comics stories, one of which is the following four page piece, “The Apple Pie,” done in collaboration with Claude Conín in 1976.  Many years ago, when I was buying comics quite regularly, I picked up Pharagonesia, the sixth volume in an outstanding series collecting Moebius’s shorter pieces; it turned out to be my favorite story in the collection. The storyline concerns a preadolescent girl named Lili in the modern American West undergoing her sexual awakening.  While the focus of her sexual attention is on her older biker brother, it is not so much an incestuous desire as it is a desire channeled toward what her brother represents to her.  Indeed, her sibling’s face is never seen, hidden behind an elaborate, almost alien helmet with a shiny surface that reflects Lili back to herself.  The imagery of the story is laden with symbolism, referencing not only sci-fi iconography but literary and mythological figures and Americana, creating a heady swirl of psychosexual reference points.

At the start of the story we are made aware that little Lili (an ironic name, given its association with purity—i.e. “lily-white”) takes frequent rides with her brother on his motorcycle into the desert.  Sans helmet or the protective gear her brother dons, and with a flash of panties on display beneath her wind-whipped dress, her vulnerability is perfectly evident.

Out away from the sheltering cocoon of a Victorian-style cottage that is not only unabashedly phallic but has clearly seen better days—perhaps a metaphor for an outmoded mentality—she encounters a biker oasis called Mink’s, a place where she witnesses open displays of sexual behavior.  These experiences are later transformed into bizarre erotic dreams in which Lili’s brother, in full biker regalia, looms godlike in her eyes, with Lili herself small, naked and vulnerable before him.  And yet there is a secondary aspect to her skittish newborn sexuality, for we see in her reflection on her brother’s face mask an indication of something transcendent, a power that equalizes her with her sibling, or at least has the potential to do so.  She unconsciously mimics Botticelli’s Venus in the famous painting; thus, her natal sexual consciousness is likened to the birth of Venus.  Here is a profound statement about youth, sexuality and love all in a single panel: with each new feminine sexual awakening, the goddess of love is reborn. 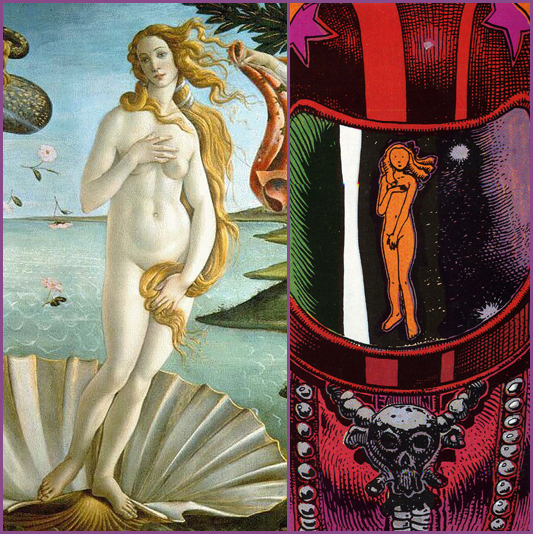 While in Europe this story was praised for its bold honesty, in the puritanical United States it was criticized, particularly by feminists, for “sexualizing” a child.  The dream scene, it was said, fetishized the girl.  Lili’s dreams are strange, yes, but they are hardly intended to be perverse.  They are, rather, psychological explorations of the sensual language of sexuality (as filtered through the little girl’s observations), akin to Lili’s physical explorations of her body.  Anyone who sees perversion in the exaggerated sexual cues of Lili’s dreams is missing the point of both the dreams and the story itself.  These are really the exaggerations of a guileless and awkwardly self-conscious mind, overcompensating for the insecurities associated with her undeveloped body, perhaps tinged with the anxiety of this barely explored new realm the girl now finds herself immersed in.  The disconnect here comes from a flawed view of childhood in the West, particularly the United States, in which children are thought to be wholly asexual until well past adolescence.  This is, of course, nonsense.  While children’s sexuality is certainly undeveloped, and perhaps only loosely tied to those drives that motivate adult sexuality, the parts and their corresponding chemicals are there from day one.  It’s just that they kick into high gear following pubescence.

Ultimately “The Apple Pie” is a reflection of that very notion, particularly as it pertains to girls.  Moebius and Conín intended the story, in part, as a critical commentary of the patriarchal notion (which is unfortunately favored even by many so-called feminists these days) that girls are especially asexual and innocent, and therefore somehow less than fully human.  There is also an unquestionable power to sex, and the concept that children may possess it to any degree frightens many people, particularly patriarchal males who believe children—especially feminine children—must be fully guarded and controlled. 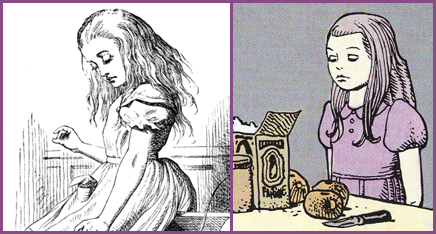 “The Apple Pie” is one of the most beautiful takes on sexual awakening ever conceived, managing to convey in just four pages more than many novels on the subject have said with hundreds.  This story should be copied and taped up on the door of every pinhead who thinks censoring art somehow protects children from harm.  If you really want to combat the sexual exploitation of children, this is where you start: by being honest about the fact that children are sexual beings, that the erotic lives of human beings do not begin at age 18 (or 16 or whatever the age of majority is in your country), and that the concept that children are spiritually and sexually pure is a fairly modern invention that bears remarkably little resemblance to reality. 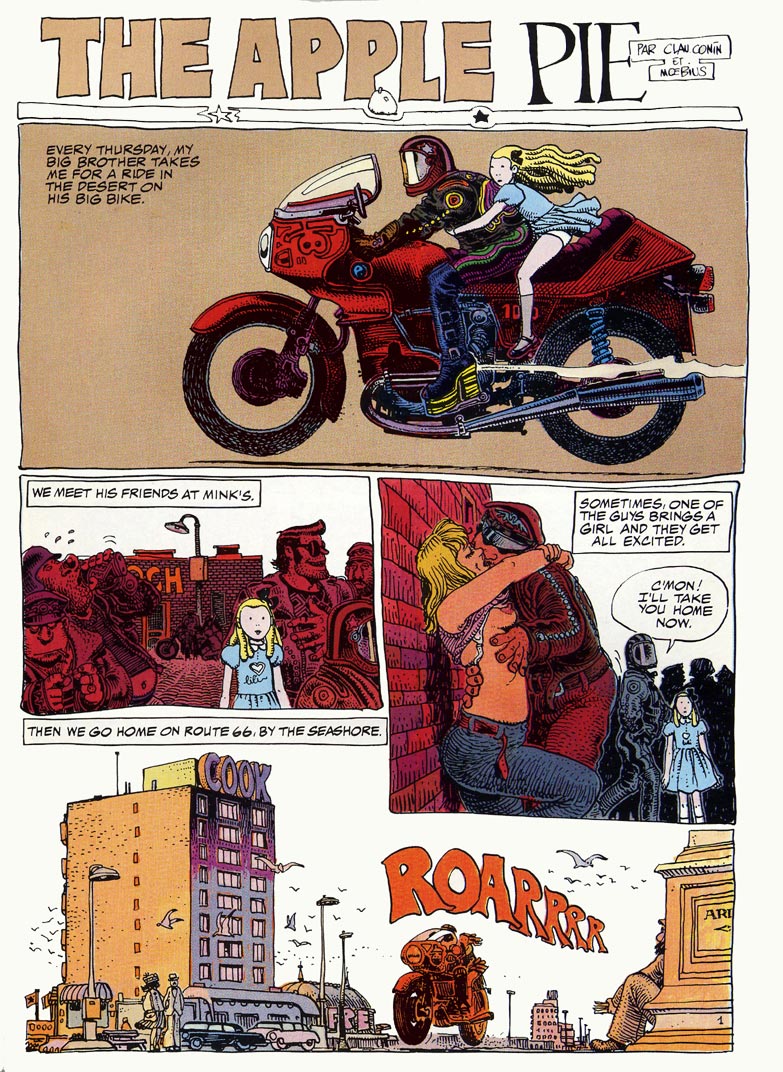 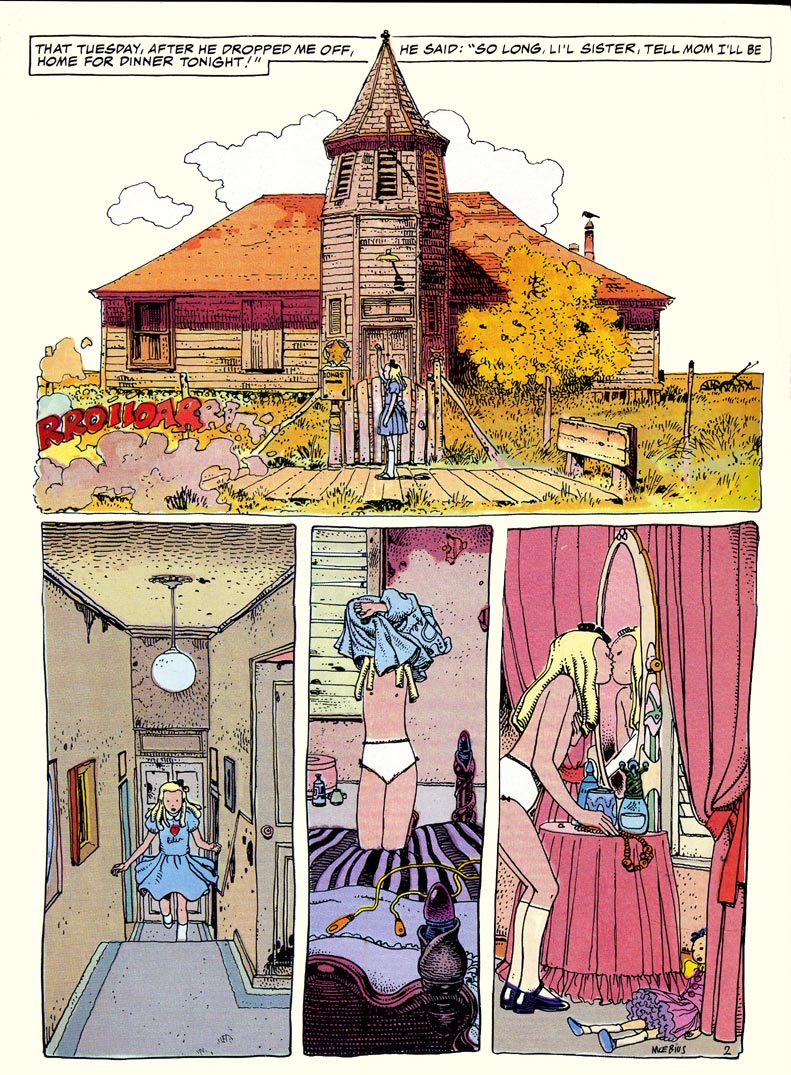 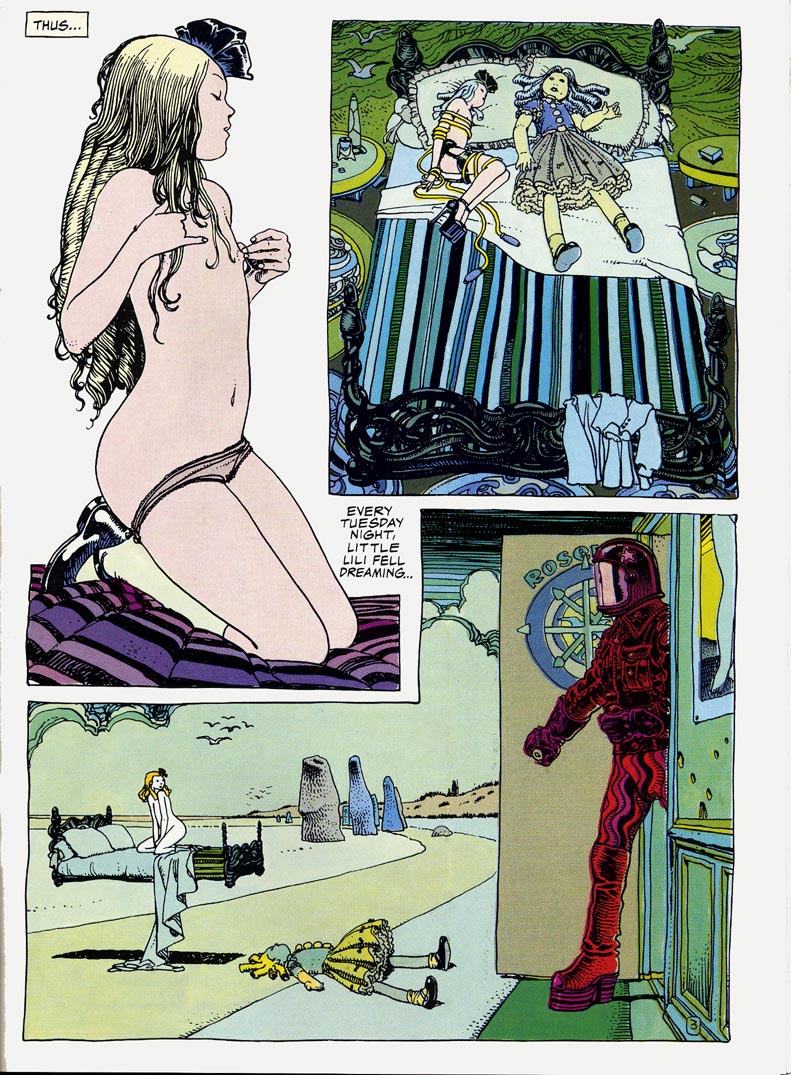 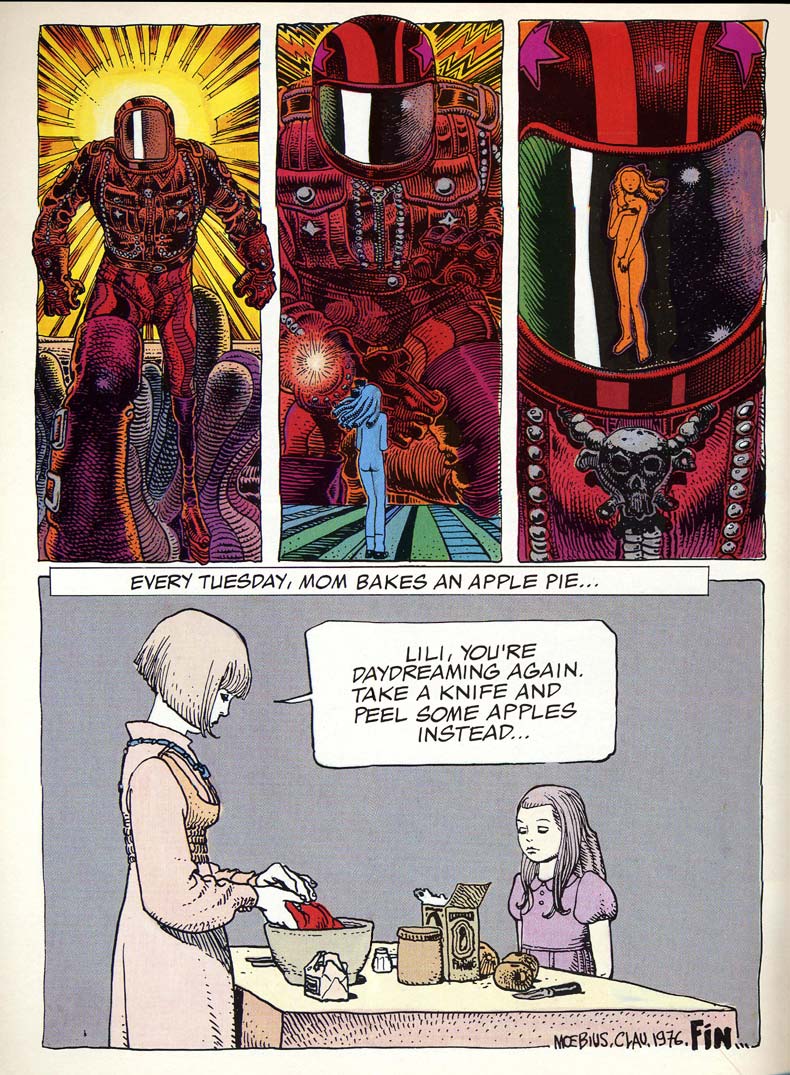